Designing Buildings Wiki reviewed the party manifestos and what they had to say on construction and the built environment here.

With only a week to polling day it is clear that infrastructure has not been dominating the election headlines. 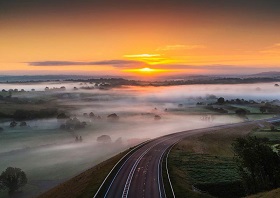 A quick review of the manifestos and acknowledgment of Labour’s decision to add water to its list of proposed nationalisations does reveal that infrastructure remains in politicians’ thoughts.

ICE went into the 2015 election asking all the parties to ‘commit to infrastructure’. And to some extent they have. This year all the major parties’ manifestos refer to specific projects and programmes including HS2, the Northern Powerhouse, the Roads Investment Strategy and flood defences.

This commitment is to be welcomed. There are, however, some notable omissions. The Conservative manifesto is ominously quiet on Crossrail 2, for example.

The feast and famine of workloads and shifting priorities has in the past harmed the UK civils sector’s ability to deliver value to the public. ICE have been happier to see a more full-throated endorsement of the strategic role of the National Infrastructure Commission (NIC) from all parties.

The NIC is a couple of months into the task of producing its first National Infrastructure Assessment that will identify the UK’s needs over the coming decades. This isn’t simply a nice thing to have.

Being able to identify the problems we are trying to solve via infrastructure investment, for example, dealing with population growth, spreading economic opportunity is crucial to selecting the right projects and programmes. It also means that we can tell a compelling story to politicians and the public about why we are spending all this money. This is crucial to maintaining support over the long years of development and delivery – just ask anyone who has helmed a major project.

If stability is vital, particularly as Brexit gets underway, it follows that the UK should be avoiding creating unnecessary uncertainty. In this context, ICE has been critical of Labour’s plans to renationalise rail and water. Is this really the time for wholesale, top down re-organisation?

Of course, UK firms could and should do more to develop domestic skills but this takes time and we should not in parallel inflict an avoidable skills crisis on ourselves. That is why we have criticised the Conservatives’ failure to guarantee the rights of the existing EU workforce, which would have gone someway to calming nerves.

More broadly, ICE think that post-Brexit there is a danger that the political argument is framed in an unhelpful way. Over the last 200 years the UK has created a high skilled, high value civil engineering capability that is in demand around the world. This has been built on attracting the brightest and the best from around the world into the profession.

The Conservative proposal to continue to include international students in its immigration target creates a barrier to this goal – and risks undermining the viability of world class engineering departments in universities.

Furthermore, their proposal to charge firms £2,000 for each skilled worker brought in from outside the EEA fails to understand that engineering is a highly specialised, global profession in which the workforce needs to move between projects and countries.

On Thursday 8 June the country will make the choice between the political parties, but ICE will remain at the forefront of tackling what are often generational infrastructure issues. ICE will continue to make the case for strategically planned and properly skilled projects to whoever has the keys to Number 10.

This article was originally published here by ICE on 1 June 2017. It was written by Andrew Crudgington, ICE Director of External Affairs and Strategy.

Retrieved from "https://www.designingbuildings.co.uk/wiki/2017_election_manifestos_and_infrastructure"
Create an article