Strip foundations (or strip footings) are a type of shallow foundation that are used to provide a continuous, level (or sometimes stepped) strip of support to a linear structure such as a wall or closely-spaced rows of columns built centrally above. 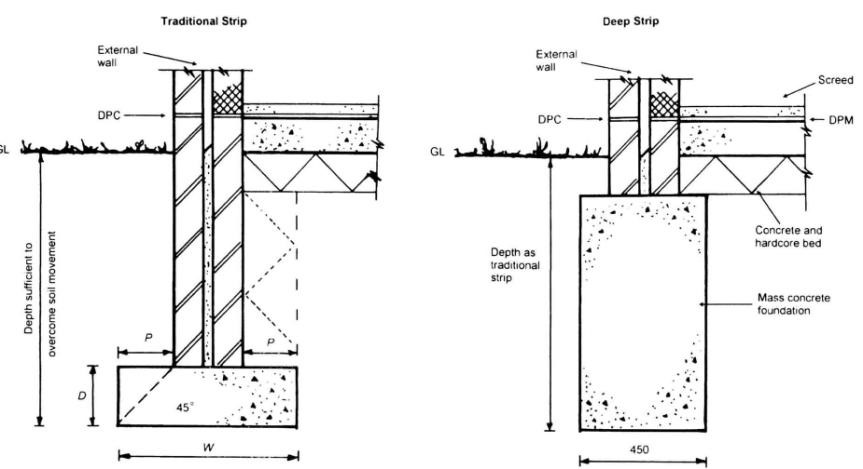 Very broadly, the size and position of strip foundations is typically related to the wall’s overall width. The depth of a traditional strip foundation is generally equal to or greater than the overall wall width, and the foundation width is generally three times the width of the supported wall. This results in the load being transmitted at 45º from the wall base to the soil.

Approved document A of Building Regulations defines minimum widths for strip footings based on the type of ground and load-bearing wall, although it is generally advisable to consult a structural engineer when designing foundations. 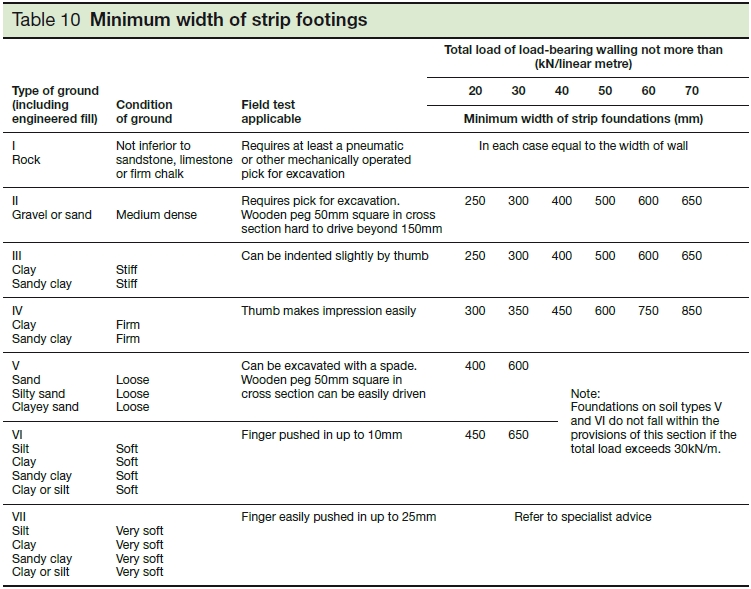 The underside of strip foundations should be deep enough to avoid frost action; for example, at least 450 mm unless they are bearing on rock, and at least 1 m on high shrinkage clays.

Deep strip foundations may be necessary where soil with a suitable bearing capacity is deeper.

Where the bearing capacity of the surface soils is not adequate to support the loads imposed by the structure, deep foundations such as pile foundations may be used. See Pile foundations for more information.

Larger or more complex buildings may involve the use of a number of different types of foundation.