In October 2016, plans were unveiled for a new Statue of Liberty Museum on Liberty Island in New York Harbor, that is expected to open in 2019. The new 26,000 sq. ft museum was designed by architectural practice FXFOWLE and will be built by Phelps Construction Group.

The Statue of Liberty receives more than 4.3 million visitors a year. The new museum will give visitors the chance to ‘learn about and honour the Statue’s history, influence and legacy in the world.’ 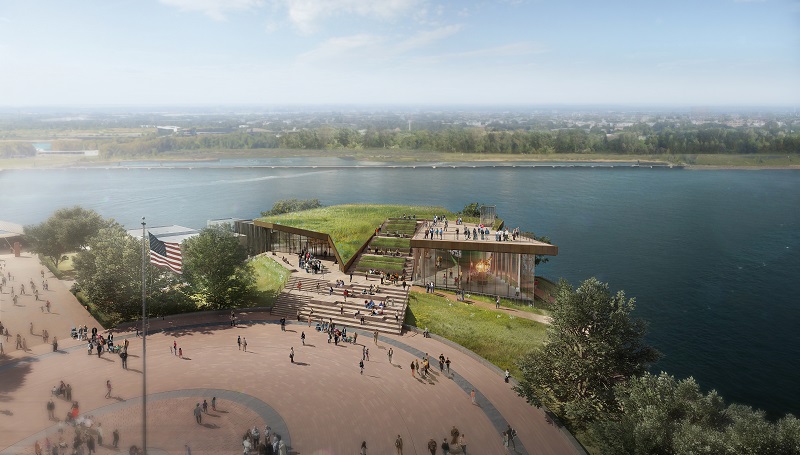 A fundraising campaign, chaired by Diane von Furstenberg, aims to raise $70 million to build the museum. Von Furstenberg proposed creating a mural inspired by the American flag at the museum’s entrance. Each of the fifty ‘Liberty Stars’ will be sculpted into the mural, crafted from the original hand-forged iron bars, created by engineer Gustave Eiffel, which supported the statue for 100 years before being removed and during the 1986 centennial restoration.

The museum will adopt best practice for sustainability and feature a green roof-scape and bird-safe glass exteriors. The interior and exterior spaces will be built with local materials, including Stony Creek granite, bronze, plaster, and a variety of native vegetation. In adherence with the new FEMA Executive Order on floodplain management and resiliency, the museum will be set above 500-year flood levels and built to withstand hurricane-force winds. 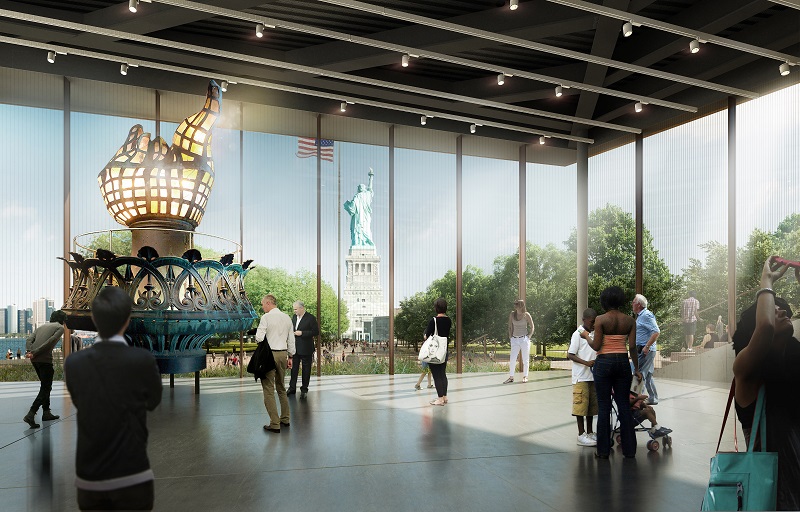 ESI Design will create the museum exhibits, which will include an immersive virtual ‘fly-through’ inside the monument with an overview of Lady Liberty’s story and the construction process.

Diane von Furstenberg said: "Lady Liberty is the symbol of everything America is about: freedom, hope, possibility and resilience. It is She that millions of immigrants saw first as they arrived in this country, their hearts full of dreams for a brighter future. Now it is my hope that the Statue of Liberty and her incredible story will live on and on, inspiring generations for years to come.” 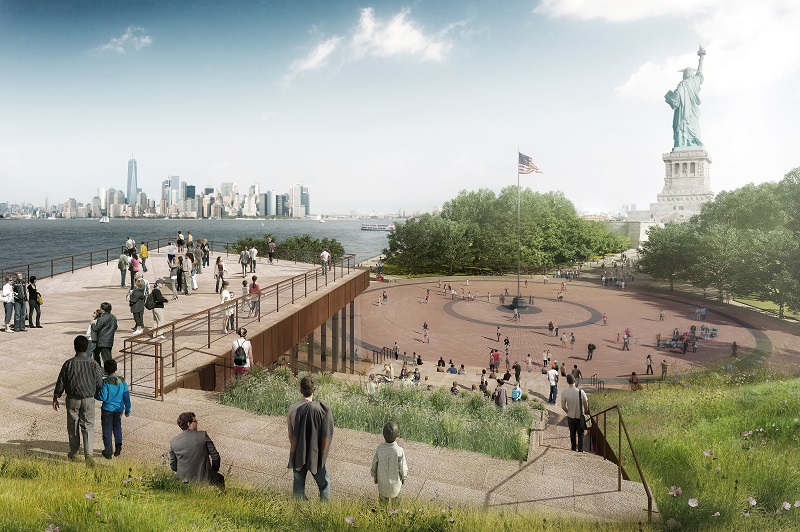 The new Statue of Liberty Museum is architecturally stunning and the exhibit content is compelling as well.