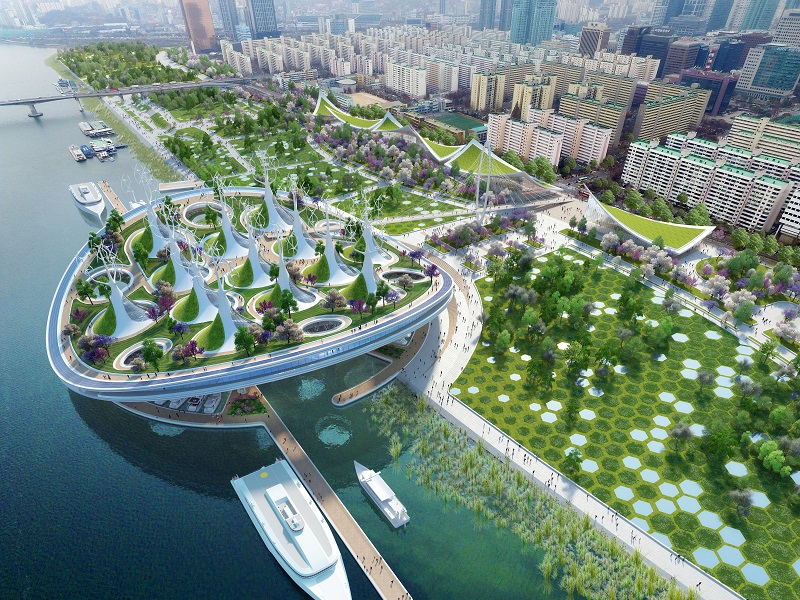 Yeouido Park is an experimental urban space dedicated to sustainable development, and is one of Seoul’s most popular tourist attractions. Under the auspices of the South Korean government, the park is intended to promote the rehabilitation of urban ecosystems and biodiversity. 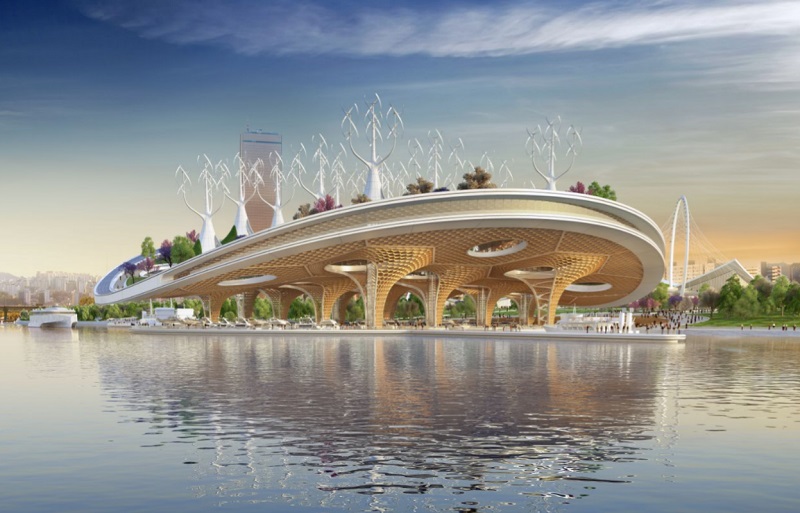 As a major part of this, the Manta Ray project intends to transform the park into an ecological forest of willow trees and create a marsh-like filtering strip of vegetation; enhancing the site’s natural irrigation and protecting the banks against flooding.

The proposed plan is made up of four biomimetic projects. The most striking of these is Yeoui-Naru, which involves the construction of a floating ferry terminal on the Han River. Its design is inspired by the hyperbolic geometry of a manta ray, and will be capable of adapting to rising waters of up to 5 m (16.4 ft). 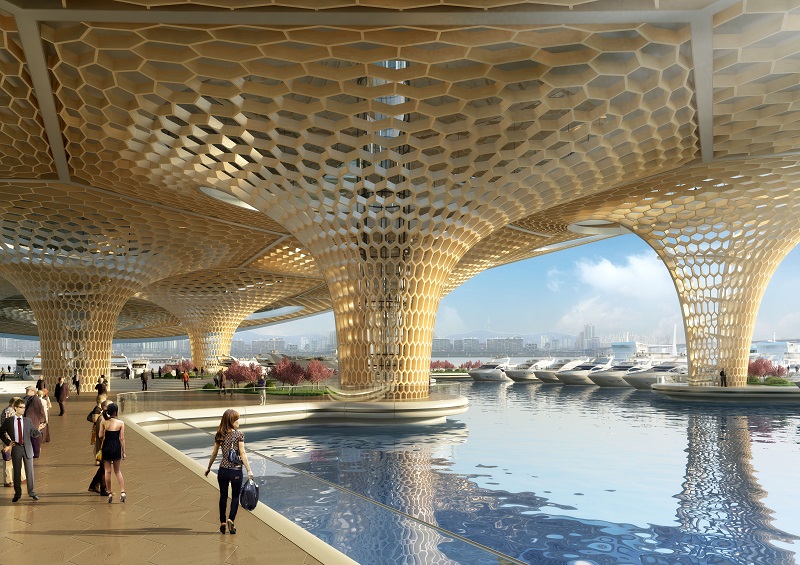 The structure will consist of radial and concentric floating piers from which tree-like structures made from cross-laminated timber will rise, woven in a honeycomb pattern and branching out at the top.

The other three projects include:

In addition, the project intends to serve as an example of energy efficient construction and sustainable building techniques. 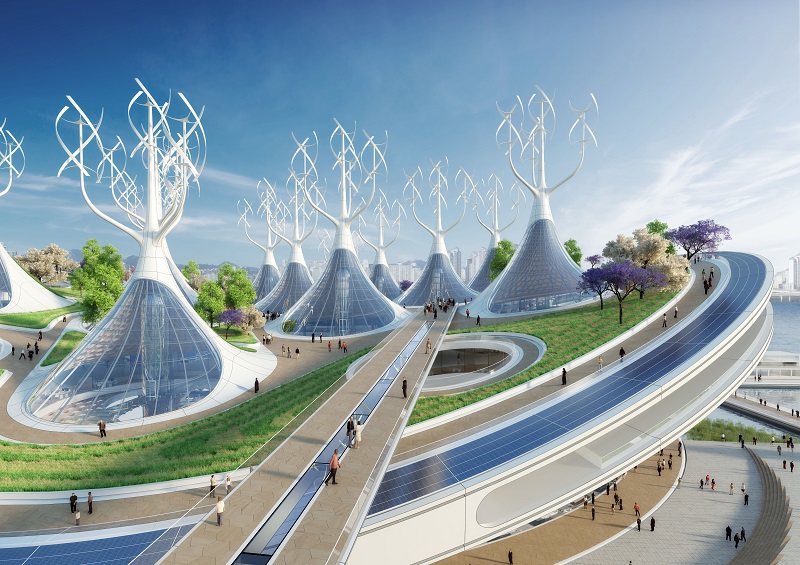 The floating terminal will produce all of its own energy requirements:

Retrieved from "https://www.designingbuildings.co.uk/wiki/Manta_Ray,_Seoul"
Create an article