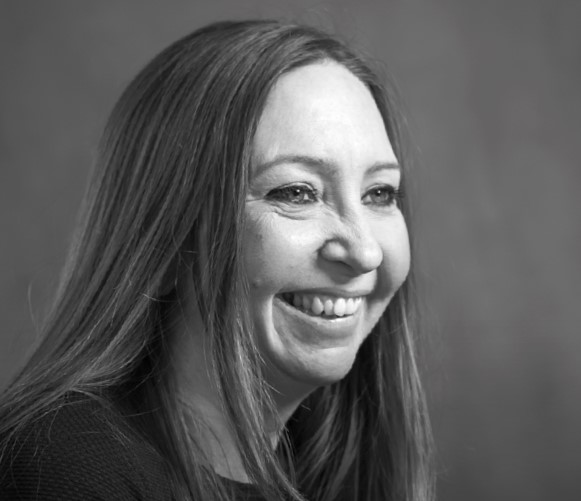 In May 2019, Karyn Williams, senior associate at Stride Treglown in Cardiff, was named Best Female Chartered Architectural Technologist 2019 at the WICE (Women in Construction & Engineering) Awards.

James Evans, Communications & Digital Administrator with CIAT met Karyn in London and ask how she felt when her win was announced. “It was a shock actually” she tells me, because, she is quick to point out, that fellow nominee Barbara Dixon MCIAT is also doing great work.

“It’s slowly sinking in,” she says. Press are still covering her achievement.

Karyn started her career in construction around 20 years ago and has worked on a wide range of projects. She points to Cardiff Library as one she is very proud of. It was a landmark building, initially designed by BDP, Stride Treglown were appointed as “executive architects offering a safe pair of hands to deliver a fantastic design”.

It stands out to her for several reasons. At that point in her career she was “emerging from being part of a team to running a team” and its creation “started the cultural development of Cardiff City Centre”. She admits she still gets a buzz when walking past it a decade later. If you’ve ever seen this glass colossus of literature, you can understand why.

She is also proud of her involvement in delivering the fit out of Treglown Court, their flagship office. The client was her own practice and her board of directors and staff were watching closely. It was “quite a responsibility” she tells me, but ultimately, she believes she learned a lot whilst working on the high performing sustainable building. Treglown Court was awarded the highest scoring BREEAM rated office at design stage and the first in the UK to be given the outstanding rating.

Much has changed during Karyn’s time in the industry. “I’ve seen a massive change in technology and in the role [of a Chartered Architectural Technologist]” she says. “We’ve lifted our game… and we are an essential part of the team”. The value that Karyn believes Chartered Architectural Technologists can bring to practices and projects inspires her to promote the profession. She tells me that she’s keen to make children see the role as “something to aim for” and hopes that by entering the career they will eventually “backfill the skills gap we’ve currently got developing”.

Karyn has been Chartered for over five years. She describes CIAT support and Chartership as “so useful”. She says that becoming Chartered was “one of the highpoints of my career” and that it “opened up a huge range of opportunities for me”. Karyn is keen to point out that the Professional Assessment route that she took worked for her because it fitted in well with her busy life – she was able to complete her application whilst raising a young family and working on complicated projects in a full time capacity.

The WICE Awards winner is quick to praise those who have supported her and mentions a number of role models. She points firstly to Anthony Walsh MCIAT, a fellow Chartered Member and now Divisional Director at Stride Treglown as someone who has always guided her over the course of her career. He “always has time for people” and has a “wealth of expertise and knowledge to share”. Karyn also mentions Paul Summers fondly, who worked as an architect at her office and whom she says “had such a great vision of what buildings should be and you would get carried along with his enthusiasm for design. They have both motivated me to be passionate about delivering the best quality buildings possible.”

Karyn regards her colleagues as friends and clearly enjoys working with them. “I work with so many lovely people who are really good at their jobs” she tells me. “It really makes coming to work incredibly rewarding.”

Unsurprisingly, Karyn is fast becoming a role model herself. She says that the best moment she’s had since she won the award was when a student congratulated her and said that she’d been “inspired” to get involved in more outreach work and join the Women In Property networking group and have a more active role in the Wales Region.

In a built environment sector dominated by men, being a woman has bought its own challenges. Karyn says that earlier on in her career it was not always possible to talk openly about balancing family and work life. “I think that has and will continue to change” she says. As fathers are also now able to take a more active role in childcare, everyone has become much more understanding of the need to offer flexible working to accommodate the responsibilities people have outside of the office. She believes that it is clear that “flexible working is what people want.’’

Karyn is keen to use her WICE Award as a springboard to encourage others, particularly women to join this rewarding industry. “If I can encourage more people into this industry… I can bring about a measurable success for the future of Architectural Technology” she tells me.

As others will seek to emulate Karyn’s success, I want to know what her advice is for aspiring Architectural Technologists. They’ve got to be interested in change, she tells me, as the technologies used on projects are dynamic and evolve so frequently. Ultimately, they’ve got to be committed, and build a career based on the things that drive them “and the rest will follow.”

Retrieved from "https://www.designingbuildings.co.uk/wiki/Karyn_Williams_Woman_Architectural_Technologist_of_the_Year_2019"
Create an article