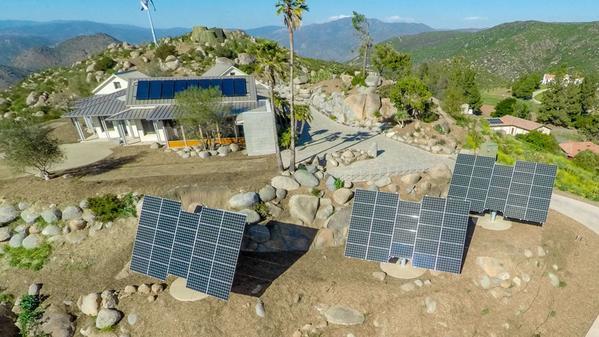 A better representation of home energy costs in mortgage ‘affordability’ calculations looks like it might be becoming closer to reality.

This means the calculations undertaken to assess what borrowers can afford to repay each month, and therefore the total amount they can borrow, will include better estimations of their fuel costs.

The result should be that higher capital loans can be justified for those with lower bills, and by consequence, for lower-energy properties. For properties with high energy bills, the same adjustment to the affordability calculation should enable mortgage lenders to justify additional borrowing specifically for energy efficiency measures, giving these properties a route to improve using mainstream mortgage finance secured on their homes.

Back in 2011, Andrew Sutton gave a conference speech highlighting the potential of properly assessing energy costs in mortgage lending, since they are one of the two highest unavoidable costs for home owners (it varies between council tax and fuel bills, but they are consistently the top two outgoings).

Based on this, Constructing Excellence Wales funded BRE to undertake a small study into this theory, and shortly after this was published, UK-GBC and University College London produced further supporting evidence of the ability to better predict homeowners’ energy bills.

These early works allowed Innovate UK to fund a larger piece of research – the LENDERS project – which took a collaborative approach, adding Nationwide and Principality Building Societies, Energy Saving Trust and Arup to the team.

Improving the estimation of energy costs in mortgages has two goals; improved accuracy and hence prudent lending of mortgages, and driving the house-buying market towards energy efficient properties.

The improved accuracy allows mortgage lenders to be more responsible by using the legally-required Energy Performance Certificate to model the performance of the home. Whilst behaviour makes a significant difference in the accuracy of this prediction, mortgage lenders already have some occupancy information, and the results of this prediction can be demonstrated to be significantly better than the current methodology used.

This improved method will allow lending to be varied according to likely fuel bills and could see maximum mortgage loan amounts varying by a few thousand pounds (across the most common EPC bands), and up to £10,000 or more at the extremes.

However, in many ways it is the other goal which has greater potential. Improved accuracy helps moderate risks, but can only be applied once the house buyers have ‘fallen in love’ with their future home (as that’s when we can know the EPC data).

The intent here is to provide mortgage lenders with a methodology that they can use when borrowers ask that initial house-hunting question: “How much can I borrow?” Here, we’re seeking to change the answer from a fixed sum based on income and similar factors, to a sliding scale.

The answer should no longer be one mortgage amount, but rather a range of amounts that are dependent on the energy efficiency of the property that is purchased, ranging from the highest loan if the borrower buys an ‘A’-rated property, down to the lowest amount if they buy a ‘G’; hopefully in the latter cases with the mortgage lender noting that further borrowing could be secured for energy efficiency improvements which reduce bills.

This mortgage ‘Decision in Principle’ stage is the core of the idea – before house-buyers have picked their future home, to get the trusted institution of a mortgage lender to show the value of low energy in pounds and pence via their maximum mortgage offer amount.

BRE believe this will nudge home buyers to look a little more for low energy properties, and over time speed up their sales and subsequently create a slight gradient in their values against poor performing properties.

Once the values start to come through, the snowball accelerates as home owners (who have access to the additional borrowing via the same affordability calculation change), developer, doer-uppers and the wider property market pick up energy efficiency as a way to improve the value of their homes and reduce carbon emissions.

The change to the affordability calculation isn’t a ‘silver bullet’, and there are certainly many more things to be tackled, but after six years of pushing it’s looking increasingly like it might become reality.

The LENDERS project is due to publish its findings this summer, but there’s an increasing level of interest in building on the anticipated outcome from the UN’s G20 group through the EU to UK and devolved governments, as well as through the financial institutions themselves, often spearheaded by Nationwide and Principality.

This article was originally published here by BRE Buzz on 27 Feb 2017. It was written by Andrew Sutton.

Retrieved from "https://www.designingbuildings.co.uk/wiki/Green_mortgage"
Create an article