The Garden Bridge project, providing a new pedestrianised bridge across the River Thames, has come in for much criticism due to its procurement process, purpose and escalating costs.

In July 2016, the architect Crispin Wride revealed his alternative concept to Thomas Heatherwick’s design. Wride, of Crispin Wride Architects Design Studio Ltd. (CWADS), has proposed a garden crossing that would use the existing piers that stand redundant between Blackfriars Road Bridge and the Station Bridge. 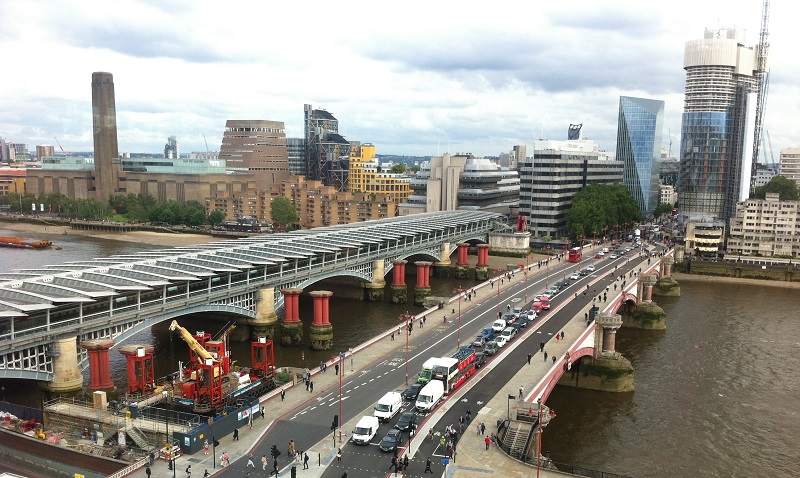 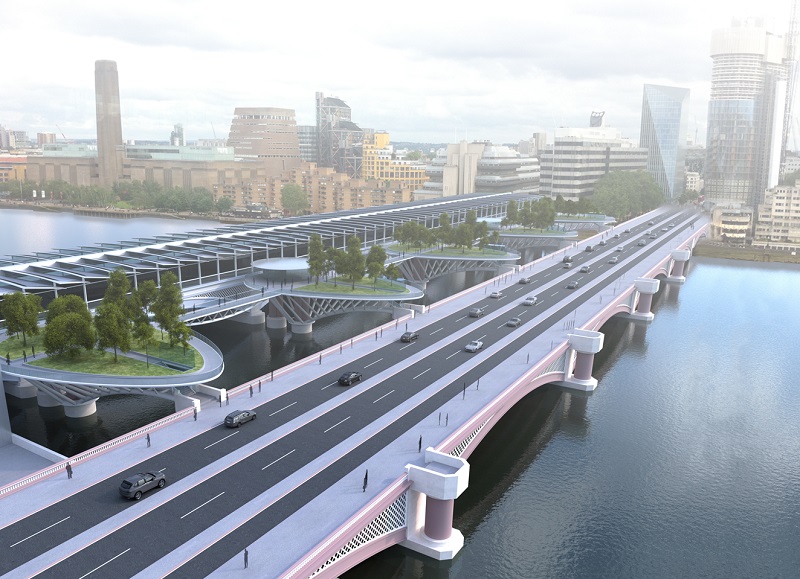 The vacant piers and their potential reuse was an issue that had first preoccupied Wride when he was involved in the design of the Blackfriars station north concourse building.

His design proposal, rather than providing a simple route from one side of the river to the other, is instead based upon the idea of stepping stones or a series of islands.

Each island deck would occupy one of the pairs of existing piers, linked to its neighbours as a form of artificial ‘archipelago’, and connected back to the road bridge at the piers, thereby enhancing access and flexibility of use.

Wride has designed the independent decks as prefabricated leaf-shaped gardens, approximately 45 m x 30 m. These would be propped and cantilevered from the piers with lightweight bridges simply supported between them. By raising the ‘leaves’ above the road level they would allow views west along the river, and ‘visual interaction with the station platforms to the east’. The western half of each deck would form a landscaped prow with access rising through the deck.

As the road bridge rises and falls along its length, the connection might vary at each deck, and some might have lower decks slung within the ribs of the structure beneath. The eastern end of the decks could be occupied by small pavilions with the potential for accommodating facilities such as galleries, cafes or hired spaces for corporate events.

Wride claims the cost of reusing the existing piers would be less than that of the entirely new crossing. The offsite prefabrication of the components could allow for a quick and economic construction process.

Rather than providing a straight route, the architect said that it could create ‘a dynamic new experience of crossing the river...enhancing the existing awkward space left between the road and rail bridges...and adding four new spectacular public spaces for London, poised above the River Thames’.

All concepts and images are the copyright of CWADS Ltd.

Retrieved from "https://www.designingbuildings.co.uk/wiki/Garden_Bridge_-_alternate_design"
Create an article