Fly-tipping in the construction industry 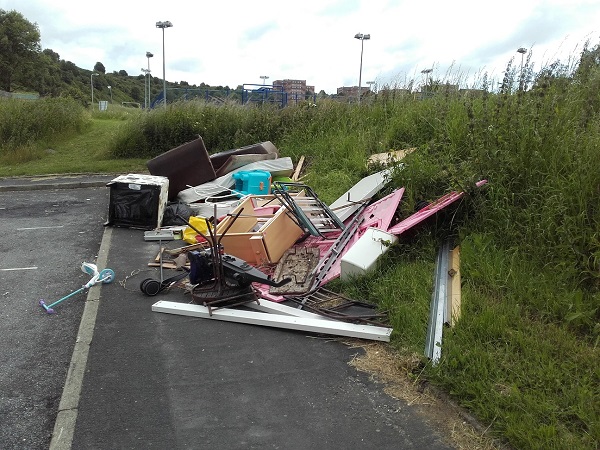 Fly-tipping, also known as ‘illegal dumping’, is the dumping of any waste onto land, public or private, or in water that does not have a licence to accept it, making it an illegal act. Fly-tipping is an illegal method for avoiding the time and/or costs of organising a proper disposal.

The responsibility for clearing and disposing of fly-tipped waste on private land lies with the owners/occupiers. However, it should always be reported to the relevant local authority. Local councils normally charge a fee for the removal of fly-tipped waste but may launch formal investigations into such incidents and, if successful, reimburse the payment.

The Environment Agency should be contacted if the dumped waste is more than 20 tonnes, contains hazardous material (e.g. asbestos, industrial waste in drums/containers, etc.), and if it might be linked to organised criminal activity.

In May 2016, councils were granted a new power to issue fixed penalty notices as an alternative to the more costly and time-consuming process of court proceedings. Councils can issue such notices for small-scale fly-tipping and decide the penalty according to the seriousness of the offence; the minimum being £120 and the maximum being £400.

Solutions to protect private land/property from fly-tipping include:

Retrieved from "https://www.designingbuildings.co.uk/wiki/Fly-tipping_in_the_construction_industry"
Create an article