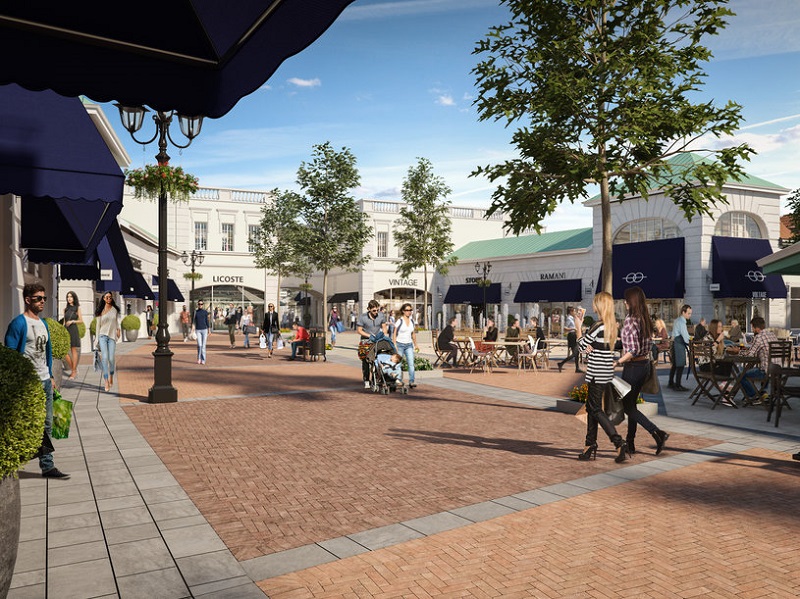 In December 2017, the specialist regeneration and property developer U+I announced that they are entering into a joint venture with a consortium managed by McArthurGlen, to deliver a new Designer Outlet in Cannock, near Birmingham.

The £160million project will transform what may have once been considered a small town in the West Midlands into a retail destination, serving the region which attracts over 39 million tourists a year. Plans include approximately 130 retail units, restaurants, a play area and a visitor centre and a key ambition for this joint venture is to build a high-quality, sustainable development for an under-served part of the country.

Once complete, the centre will house brands currently only found in places such as Bicester Village and Cheshire Oaks to the doorstep of Cannock residents and tourists and we hope to open its doors in 2020.

U+I state that a vital part of any development is also to understand the granular details of what the local community needs. In response to the need being expressed by neighbours for better and safer access to the site, the proposals feature improved paths within the nearby nature reserve, coupled with an upgraded pedestrian/cyclist shared path.

U+I have said that what is most exciting about the project is the tangible impact it will have on the local economy, bringing a 4% increase in current employment levels in the area, with local residents filling the majority of the 1,200+ additional jobs that will be created. The centre is also expected to inject an additional £3.4m of annual tourism spend, that can be invested in the wider district. For a community that has called for training and development platforms, support will be made available for the development of a retail academy in Cannock, working with South Staffordshire College to maximise access to the job opportunities that the development will bring.

The plans include clear, open space for easy movement, featuring pockets of landscape and tree planting that will soften public spaces and create opportunities for external seating/rest areas.

“Our project in Cannock demonstrates some of our core strengths as a business - securing complex planning consents and creating great mixed used places that bring communities together and stimulate the local economy. We are pleased to have signed conditional agreements with McArthurGlen, which is one of the world's leading designer outlet operators. We will keep shareholders updated on further progress as we continue to focus on our target of £65-70 million for the FY18."

This article was originally published in December 2017 by U+I.

Retrieved from "https://www.designingbuildings.co.uk/wiki/Designer_Outlet,_Cannock"
Create an article