With an estimated 168,500 construction jobs to be created between 2019 and 2023 according to the CITB, apprenticeships in construction have a vital role to play in helping close the construction skills gap. 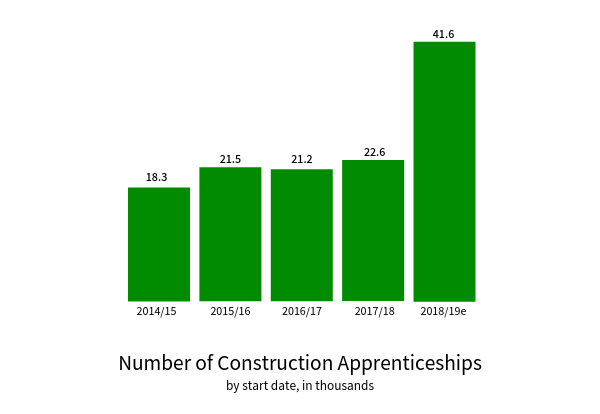 Furthermore, these statistics show that the proportion of building and construction apprenticeships as part of the total number of apprenticeships has significantly increased over the period, from 3.7% in 2014/15 to 8.4% in the first three months of 2018/19. 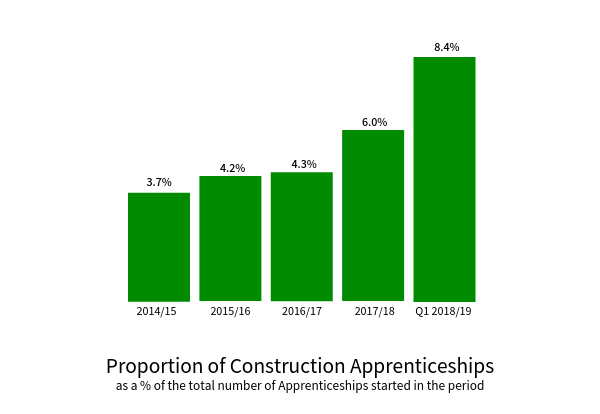 While apprenticeships have a very important role to play in helping address the construction skills shortages, there are still some challenges ahead for certain professions.

[edit] All construction apprenticeships are not equal

Bricklaying is one of the skilled trades in highest demand in the UK construction industry, with an estimated shortage of 15,000 bricklayers, according to the draft Letwin report.

This may present a risk for the ambitious government programme to build 300,000 homes annually in England. 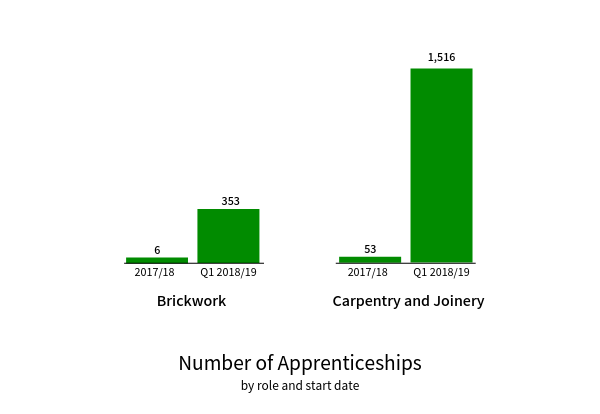 The Construction and Infrastructure Survey from the Royal Institution of Chartered Surveyors (RICS) of Q1 2019 highlighted that quantity surveying is one of the construction occupations with acute staff shortages, with 60% construction companies reporting issues recruiting quantity surveyors.

It is interesting to note that, since the introduction of three surveying apprenticeships' standards (chartered surveyor degree, surveying technician and most recently geospatial survey technician), the number of apprenticeships in quantity surveying has grown steadily.

Furthermore, the majority (77%) of quantity surveying apprenticeships were started by students expecting to achieve a Chartered Surveyor degree, which is a promising outcome for the profession. 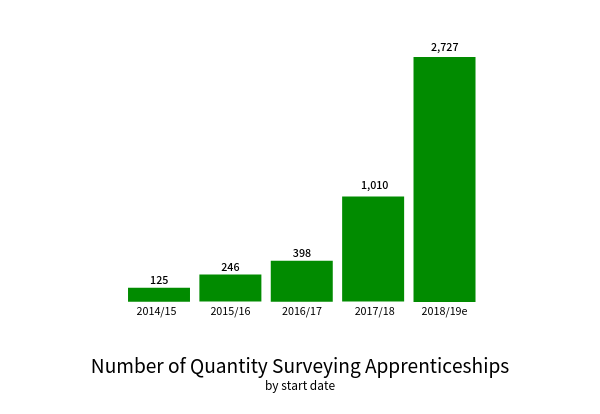 The CIOB-cross industry report of January 2019 showed that two third of construction companies are struggling to hire site supervisors and site managers in the UK.

It is positive to note that the number of Construction Management apprenticeships has increased year-on-year over the past 5 years. 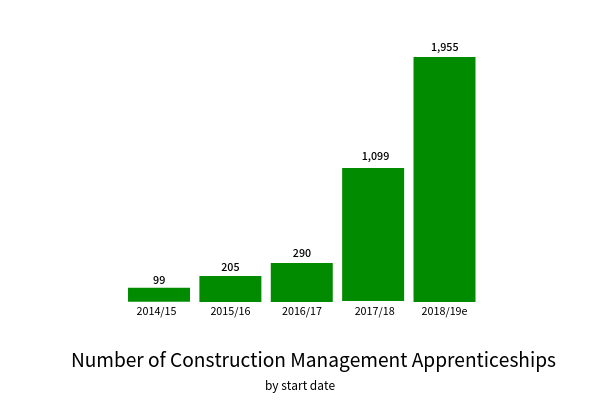 However, more needs to be done to attract talent in certain construction trades such as bricklaying, where "flash on-the-job" training might offer a solution for the short term, as recommended by the Letwin report.

This article was created by Caroline Pegden from TempaGoGo on 16 May 2019 based on the Department for Education Apprenticeships statistics released in January 2019.

Retrieved from "https://www.designingbuildings.co.uk/wiki/Can_apprenticeships_solve_the_construction_skills_crisis%3F"
Create an article