Investment in training in the UK has fallen over the last 20 years, and it is thought this is harming productivity, with UK GDP per hour worked 17% lower than the average for the rest of the G7 and 30% lower than the US and Germany. The government points to research that indicates for every pound invested in adult apprenticeships at Level 2 and Level 3, the country benefits by £26 and £28 respectively. 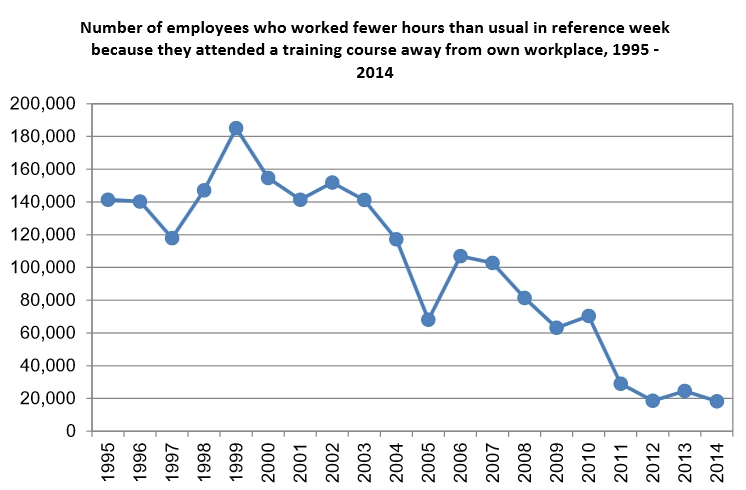 In the 2015 Emergency Budget, the Government announced that it would introduce a levy on large employers to help fund 3 million new apprenticeships by 2020. It was suggested that the apprenticeship levy would be introduced in April 2017 to increase investment in training and apprenticeships and create a ‘level the playing field’ so every big company plays their part. Ref PM unveils plans to boost apprenticeships and transform training.

Skills Minister Nick Boles said, “Skilled people are the lifeblood of a strong economy but for too long UK businesses have invested too little in developing their employees’ skills to meet the demands of a competitive, global market. The apprenticeship levy will ensure that businesses invest in skills and training, and will act as a much needed shot in the arm for the country’s productivity.”

However, in March 2017, the cross-party sub-committee on Education, Skills and the Economy criticised the scheme, saying, “We recommend that the government, as part of its continuing review of the operation of the levy, consider whether a single rate is the best approach and explore ways of restructuring the levy on a sectoral and regional basis…. The government has not set out how its increase in apprenticeship numbers will help fill the country’s skills gaps. The current balance of provision is skewed towards sectors with low wage returns and few skills shortages and we are not convinced that tinkering will bring about the major changes necessary.”

Despite this, the levy went live in April 2017. It applies to all ‘large’ employers, with an annual salary bill of more than £3m, who have an online 'voucher account' showing their levy contribution and digital vouchers they can use to purchase apprenticeship training. In addition, there is a requirement to take a company’s apprenticeship offer into account when awarding large government contracts.

Julia Evans, Chief Executive, BSRIA, said: “Apprenticeships provide the backbone for a career in engineering for many employees and no compromises should be made regarding them... In essence: the levy must meet industry and apprenticeship needs."

In June 2018, the Federation of Master Builders suggested that the levy was not working, and called for a re-think. FMB chief executive Brian Berry said; “The government’s own statistics show a 28% per cent plunge in apprenticeship starts over the current academic year so far. The Apprenticeship Levy was introduced in April 2017 to boost apprenticeship training across all business sectors but so far it seems to be having the opposite effect.”

It found that the programme has shifted its focus towards delivering quality and meeting employers’ needs and that it has a better, more holistic approach to assessing its benefits. However, employers have only made limited use of the available funds to support new apprenticeships, and there has been a large drop in apprenticeship starts. It also reported a risk that the programme is simply subsidising training that would have happened anyway.

In addition, the NAO expressed concern about the long-term sustainability of the programme. Spending is driven by employers’ decisions about how many and what types of apprenticeships they want. This leaves the programme exposed to the risk that the budget may be insufficient. The government would then need to choose between providing more funding, restricting growth, or reducing the funding for some apprenticeships.

Retrieved from "https://www.designingbuildings.co.uk/wiki/Apprenticeships_levy"
Create an article