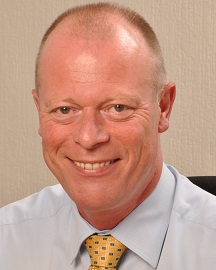 [edit] Call for collegiate approach with focus on surface drainage

ACO, one of the UK’s leading manufacturers of surface water management solutions, has broadly welcomed a Parliamentary report recommending that more needs to be done to protect communities across the UK at risk from floods – and called for all interested parties to work together to deliver holistic solutions.

The report by the House of Commons Environmental Audit Committee, which comprises a cross-section of MPs from different parties, calls for a greater emphasis on long-term flood defence planning alongside heightened investment in both new and existing defences.

A key area identified by the Report was the broader use of Sustainable Urban Drainage Systems (SUDS) on new developments – a solution which can play a significant role in reducing the risk of flooding and therefore insurance premiums and clean-up costs.

ACO’s Business Development Director, David Smoker, explained: “Flooding can occur at any time of the year and a long-term strategic approach needs to be taken to counter that risk. The Government previously recognised the importance of this issue and this latest Report reaffirms the requirement for continued action to build upon what has already been achieved.

“The focus of flood defence is so often on the more visible, large-scale systems such as sea walls and defences around rivers, which, while playing a vital role in immediate protection, may often do little more than move the problem somewhere else. However, our view is that, wherever possible, the emphasis needs to be on finding the best way to deal with surface water as close to the source as possible, rather than moving it elsewhere for someone else to deal with – and that means a co-ordinated approach.

“While the Government must continue to lead the process, there are many other parties involved – the Environment Agency, the Highway Agency, planning officers, lead local flood authorities, utility companies, housebuilders and so on. All have much to offer and a vital part to play in creating and implementing a unified, all-encompassing approach to minimising flood risk. This approach is already meeting with success in Wales where there is close collaboration between Dr Cymru Welsh Water and local authorities in the area of catchment management and urban surface water drainage. A similar scheme in Oxfordshire has also been established under the umbrella of the Oxford Area Flood Partnership, which brought together several local authorities, Network Rail and Thames Water to tackle flooding in the city’s Kennington Road area.”

He continued: “The use of SUDS has been accepted for many years as an effective means to deal with the issue of surface water. For our part, we are working closely with many housebuilders and developers, supplying tailored, engineered solutions and best practice advice to deliver the required water management performance at reasonable cost and with minimal maintenance.

“SUDS on its own is not the answer to the flooding issue and how we live with water. Consideration has to be given to protecting any buildings and infrastructure subject to the presence of consistently large volumes or sudden increases in surface water - and that generally entails the deployment of a variety of measures working in combination. Where SUDS comes into its own is in ensuring effective and rapid surface drainage in built-up areas alongside other measures such as surface storage and ‘blue pathways’ which can convey excess water without damaging key buildings and infrastructure. Continued investment in research and development of sustainable drainage systems is creating a broader range of solutions better able to withstand the higher volumes of water now more prevalent as a result of extreme weather variations and building in areas more subject to flood risk.”

Retrieved from "https://www.designingbuildings.co.uk/wiki/ACO_welcomes_parliamentary_report_calling_for_greater_action_on_tackling_flood_risk"
Create an article