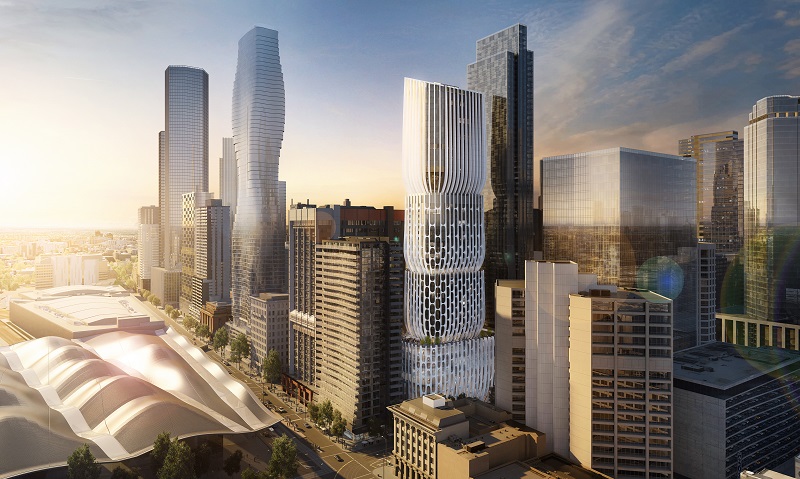 In July 2016, planning approval was granted by the government of Victoria, Australia, for a mixed-use, high-rise development in Melbourne designed by Zaha Hadid Architects.

Located on the western boundary of Melbourne's central business district, the design for 600 Collins Street evolved from the city's distinct urban fabric. The tower will reach 54-storeys (178 m) and will include 420 apartments, offices, retail spaces and public spaces. The traditions inherent in Melbourne's historic architecture have been embodied by the colonnade of sculptural curved columns on the Collins Street façade. 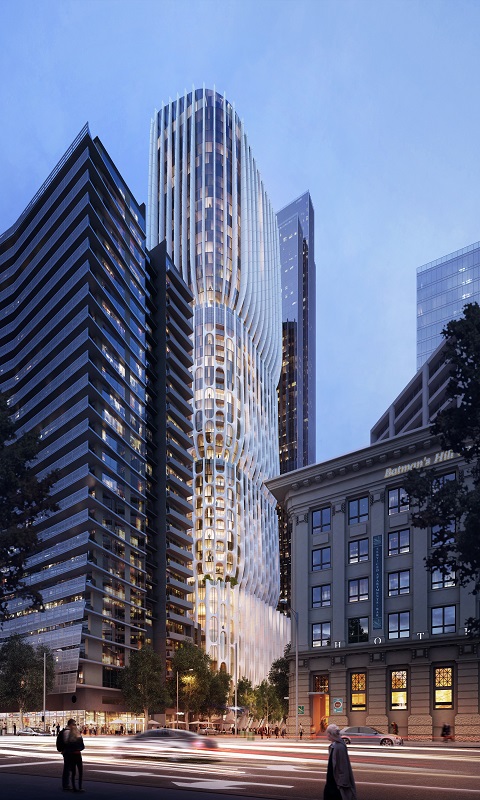 The 70,000 sq.m tower is composed of a series of smaller stacked 'vases'. As well as housing a different element of the building, each 'vase' gently tapers inwards to create new public spaces such as a plaza, terraces, and new access links for pedestrians. 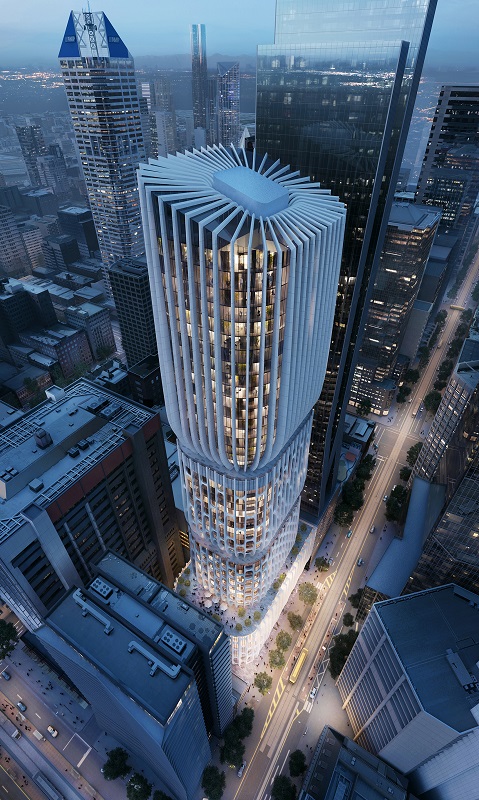 Designed to use 50% less energy than a conventional mixed-use tower, the façade of the tower contributes to a reduction in direct solar gain. A high-performance glazing system, high-efficiency central cooling, high-efficiency lighting and a grey-water reuse system further reduce the buildings emissions. In addition, there are 350 bicycle parking spaces and bays for electric vehicles and shared car clubs. 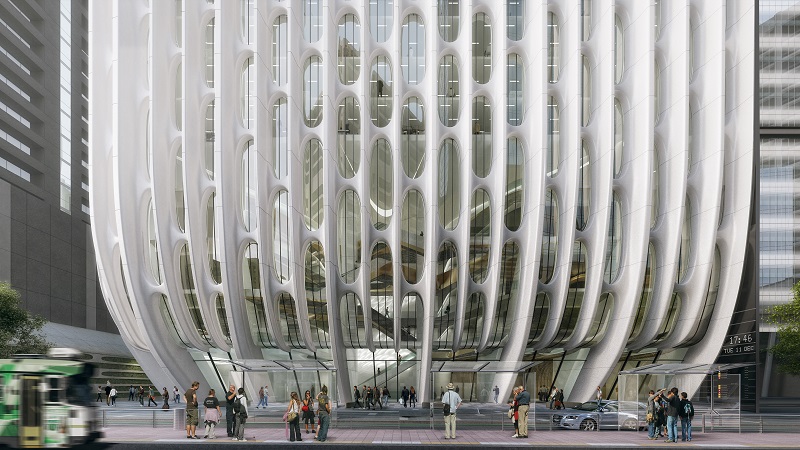 The project's approval is supported by the Department of Environment, Land, Water and Planning, the City of Melbourne and the Office of Victorian Government Architect.

Planning Minister Richard Wynne said, “...it's pleasing to see a project of this quality proposed for Melbourne and see a strong architectural response within the framework of the interim controls.”

Acting Minister for Planning Jill Hennessy said in a statement, "this stand-out design will enhance the city's skyline." A spokeswoman for Landream, the project's developers said, "This is an inspired project that will enrich the city, creating a new public plaza and amenities as well as improve connectivity for all pedestrians. We are proud to be delivering Zaha Hadid's design for Melbourne and will continue to work closely with her team to make it a reality.” 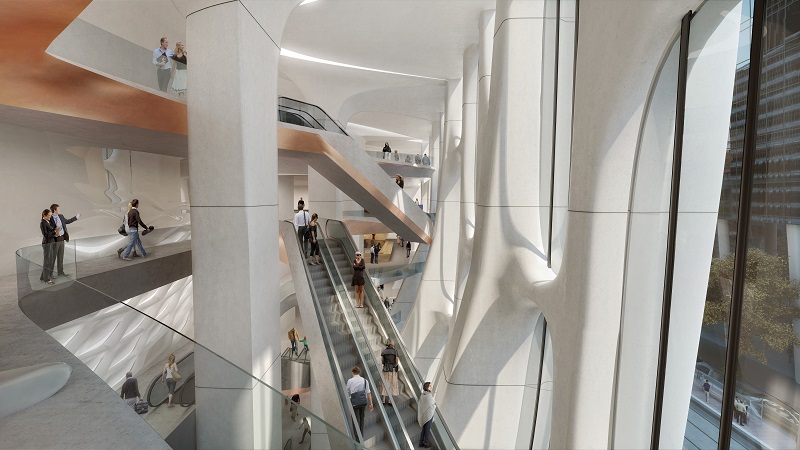 All images and content courtesy of Zaha Hadid Architects.

Retrieved from "https://www.designingbuildings.co.uk/wiki/600_Collins_Street,_Melbourne"
Create an article