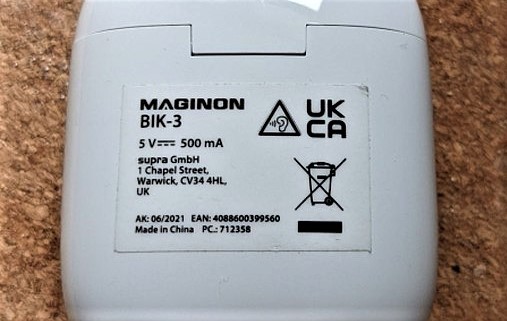 In March 2019, the Government passed legislation which came into effect on 1 January 2021 to make arrangements for the regulation of products after EU Exit. This legislation resulted in the introduction of the UKCA (UK conformity assessed) product marking system.

[edit] Harmonisation under the new approach

UKCA marking was introduced following the Brexit to replace CE marking for certain goods being placed on the market in Great Britain (England, Wales and Scotland).

UKCA marking is intended to give the UK control over its goods regulations. It also allows the UK to maintain product safety standards for most goods which previously required the CE marking (including goods covered by the EU's new approach directive as well as aerosol products that previously required reverse epsilon marking). The parameters of the new approach were developed in the early 1980s and established in the 'Council Resolution of 7 May 1985 on a New Approach to technical harmonisation and standards'. They defined the essential requirements (or common toolkit of regulatory measures) that products need to meet when they are put on the market.

The Government has issued specific guidance for construction product regulation in the UK. This covers:

Construction goods lawfully marked with the CE mark and placed on the EU market before the end of the Brexit transition period are being permitted to circulate until they reach their end user, whether they are in the UK or the EU.

On 25 August 2021, the Government announced that UKCA marking will not be mandatory for products until 1 January 2023, delaying the previous deadline by one year.

The decision came after lobbying revealed that there was insufficient availability or capacity for UKCA testing to be completed by the original deadline (December 2021). This shortage applied to many products needing third party conformity assessment, including construction products.

Uncertainty remains within the construction sector about the exact mechanism for compliance even under the revised deadline.

Retrieved from "https://www.designingbuildings.co.uk/wiki/UK_Conformity_Assessed_UKCA"
Create an article