The importance of soil analysis

Sunil Singh Seera received Highly Commended for the Student Award for Excellence in Architectural Technology (Report) 2017, for research and a report that demonstrated a clear link to a real life technical problem, 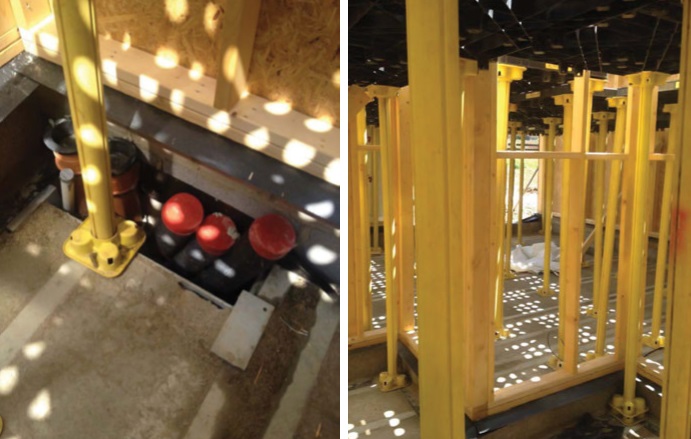 Soil analysis is an important element for frame construction in build-up. It is essential that the content and behaviour of the soil is studied in depth by the structural soil engineers. This may involve investigation with test pits and the depths of pile boring.

This study was based on a site in Oxfordshire where there was a significant ground settlement that exceeded the contractors expectations based on the soil report.

Reference to this project: a timber framed apartment block was made throughout the report. Soil analysis was insufficient which resulted in ground collapse and significant subsidence of the building. This research was investigating issues surrounding the critical role played by soil analysis, the major characteristics of soil, the differential movement of soil, its behaviour under varied load conditions; the impacts of moisture and wet soil and the considerations for designing framed structures. It is anticipated that the outcomes and lessons learnt from the case study would benefit, and its important role in determining appropriate and effective ground conditions.

The properties and structure of soil significantly influence the design and strength of any foundation and the supported super structure. It is by using such information that the load capacity and bearing pressures may be calculated by the design team and the ultimate decision on the loads that may comfortably be supported, determined (Poulos, 2004).

Otherwise, this is a danger that the building weight and stability will be compromised. A number of tests have been devised and recommended to determine the soil structure, (Ramachandran and Stonecypher, 2010). With these tests in mind, this research focused on the existing project where this critical, important step was not carried out to a satisfactory extent.

These were the driving objectives for this research work that were considered to be an influence on the main major design decisions:

A timber frame apartment block was a live site. During the foundation design, the significance of soil analysis was never fully appreciated. This consequently effected further ground settlement which was beyond the expected amount which in turn led to ground collapse. After a period of rain, the structure subsided in the right corner to an angle of ten degrees.

Considering that soil analysis had already been conducted, the reason for the collapse needed to be investigated. Either way it was down to poor soil analysis or insufficient design of the structure. This investigation and subsequent conclusion form the basis for this technical report, emphasising the need to appreciate the necessity of good accurate soil analysis prior to construction.

A substantial piece of research that demonstrates a clear link to a real-life technical problem. Judges considered this work highly commendable as Sunil addressed the impact soil can have on the structural integrity of what is built atop — therefore underpinning any application of the technology of architecture. He demonstrated competence and understanding of the discipline with the chosen methodology and testing. The value of linking physical testing with theoretical background is highlighted in the work.

This article was originally published in the AT Autumn issue 123.

Retrieved from "https://www.designingbuildings.co.uk/wiki/The_importance_of_soil_analysis"
Create an article