The history of lifts 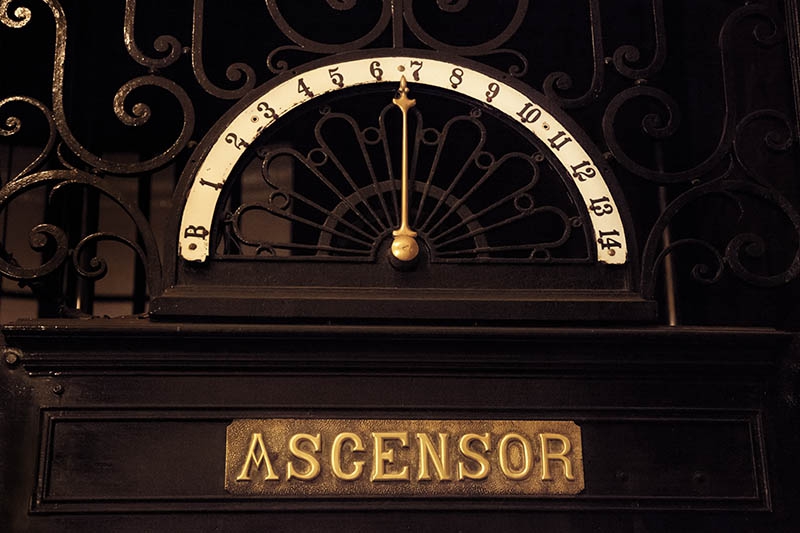 Lifts are vertical modes of transportation that move people or goods between storeys. The earliest known record of a lift can be traced back to Roman architect Vitruvius who reported Archimedes to have built the first one in 236 BC.

At the time, lifts were made from hemp rope and powered by animals or people; a vast difference to the modern lift. Over the years, lifts improved as construction and technology advanced, until they because what we see today.

In a pre-industrial era, lifts were very different to its contemporary counterparts. In the year 1000, al-Muradi in his Book of Secrets told of a contraption similar to a lift that was used to raise a battering ram to destroy a fortress in Islamic Spain.

King Louis XV ordered the construction of a passenger lift, called ‘flying chair’, in the 18th century; more specifically, in 1743. The lift was installed outside the King’s balcony at the Chateau de Versailles and was operated by hand.

In 1793, the first screw drive lift was created by Ivan Kulibin and installed in the Winter Palace. This marked a significant step in lift history, as it was the precursor to the modern passenger lift.

Lifts that stemmed from steam-powered technology were only created in the 19th century after industrialisation made it possible to move large volumes of goods in mines and factories. In 1823, London architects Burton and Hormer constructed the ‘ascending room’, a tourist attraction powered by steam. It offered a unique panoramic view of London.

Sir William Armstrong created the hydraulic crane in 1846 for the purposes of loading cargo onto ships. It used a water pump and worked with water pressure to raise and lower the platform. Counterweights and balances were also applied.

In 1852, in New York, Elisha Otis pioneered the safety lift, which ensured the cab wouldn’t fall if the cable snapped. The Equitable Life Building, in New York, was the first in the world to have passenger lifts in in 1870, and the first electric lift was invented in 1880 by Werner von Siemens in Germany. Alexander Miles, an inventor from the US, invented the automated doors.

The first hydraulic lift with push buttons (and without a driver) was operated on 1894, and the Paris Universal Exhibition had its first lift operated in 1900. By this year, automated lifts were available, although many people chose not to use them. A lift operator strike occurred in 1945, in New York, as well as the adoption of an emergency stop button, telephone and automated voice.

Argentina saw the first vacuum lift offered commercially in 2000. The number of buildings over 200 m tripled since the year 2000, which also meant that more lifts were installed and new and improved technologies were developed. Lifts without ropes are already being developed.