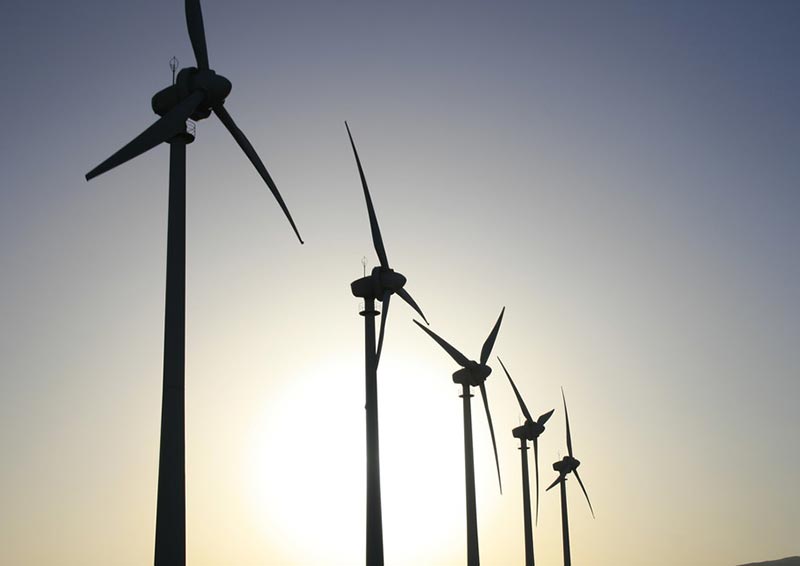 The decision by government in September 2017 to give the go-ahead to 3 offshore wind farms is a huge boost for the viability of renewable energy. But just how close are we really to providing subsidy-free low carbon electricity?

The decision to award contracts for difference (CfD) to three offshore wind farms totaling 3.2 GW with a new record low subsidy [strike price] of £57.50/MWh and with impressive cost reductions for onshore wind and solar power, we appear close to losing our dependence on fossil fuels.

Previously, in the ICE briefing paper, Energy Support Mechanisms, I outlined the need for energy support mechanisms along with a summary of the main subsidies in the UK electricity market.

This shows how in the UK market the wholesale electricity price alone was insufficient to encourage investment in new, low carbon generation without additional financial support. It also outlined the relative success of these support mechanisms both in driving impressive growth in the renewable energy sector (notably in wind, solar and bio-energy) and in turn cost reduction.

The cost reductions in offshore wind power are impressive. The first offshore wind projects awarded a CfD in 2014 benefited from (a now eye-wateringly attractive) administrative strike price of £155/MWh.

Government had previously challenged the industry with meeting a target for the Levelised Cost of Energy (LCoE) of £100/MWh by 2020 and this target was reaffirmed several years later during Amber Rudd’s energy reset speech when she said there would be “continued support for offshore wind only if the government’s conditions on cost reduction were met”.

[edit] What do we really mean by subsidy free?

Most commentators use the phrase ‘subsidy free’ in its narrowest sense focusing purely on financial subsidies. However, the challenges of the energy policy trilemma mean that a blinkered focus purely on financial cost in £/MWh terms presents a risk of missing the bigger picture.

Thermal generation plants (e.g. coal and gas) operating in the UK electricity market not only receive some degree of direct financial subsidy through the capacity market mechanism but are also subsidised indirectly by not having to cover the cost of their externalities (e.g. CO2 emissions).

While the first ‘subsidy-free’ wind farm will no doubt be delivered with large amount of media fanfare it is also arguably being subsidised indirectly through mechanisms such as the capacity market which provides additional payments to generators such as coal and gas for providing guaranteed capacity (the need for which has arisen in part due to the growth in intermittent generators).

[edit] So just how close are we really?

Baringa Partners’ report [2] argues that up to 1 GW of onshore wind power could be brought forward in the UK without the need for any direct subsidy.

Their analysis indicated that subsidy would be required for the first five years but would result in the taxpayer ultimately receiving a net payback of £18m over the full CfD period.

There are other real world examples that clearly show the direction of travel:

Although none of these projects have actually been delivered yet it’s only a matter of ‘when’ and not ‘if’ that milestone will be reached.

[edit] Beyond subsidy for the renewable energy sector

The industry will no doubt enjoy the headlines when the first subsidy-free wind or solar farm is built in the UK and celebrate the remarkable progress made over the past decade.

However, with the effects of unabated climate change becoming more apparent it’s imperative that the renewable energy industry is at the forefront of developing truly holistic solutions that will provide secure, affordable low carbon power.

While the problems associated with intermittent renewables are arguably overplayed (there is an increasing body of evidence ([7],[8]) that suggests additional system integration costs for renewables remain relatively low even up to 50% penetration levels), there is little doubt these challenges will increase as wind and solar provide an increasing share of the energy mix. Certainly when approaching the levels required to meet carbon reduction targets under the Climate Change Act.

It may be comforting to think that a combination of energy storage and demand side management will provide the answer to all our problems but it is some way off yet.

One of the most substantive quantitative analyses to date [9] illustrates this problem nicely with the sobering statistic that the levels of storage required to cope with low period outputs lasting several weeks would equate to around 15 electric vehicles per home.

For the short term at least, we’ll need to continue to rely on a mixture of:

And a combination of:

The length of time that we’ll need to continue to rely on gas as the dispatchable energy source of choice will probably be dictated by rate of technological developments with battery storage and demand-side management.

So while we move forward towards the first subsidy-free project I look forward to the time when the combination of renewables, demand-side management and energy storage really are providing reliable low carbon supplies cheaper than any other alternative. Now that really would be subsidy-free electricity worth shouting about.

This article was originally published here by ICE on 12 Sept 2017. It was written by Robert Mattholie, Asset Manager for Renewable Energy Systems, member of ICE Energy panel.

This article is predicated on the assumption that LENR(Low Energy Nuclear Reactions) do not work.

For the short term at least, we’ll need to continue to rely on a mixture of:

'The ECAT Heat Energy is delivered by steam at 100-120 Celsius and extracted through the customers local heat exchangers. Return temperatures can be in any range between 5-95 Celsius.

LENR heat generation is continuous, carbon free and the fuel cost low. If it works at scale, then everything else in this article is outdated.