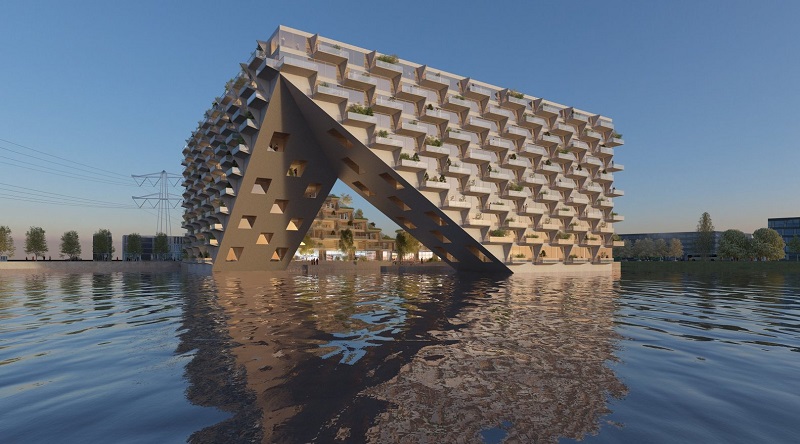 In November 2016, it was announced that Bjarke Ingels Group (BIG) and BARCODE Architects had won a design competition for a new landmark building in Amsterdam.

The 46,000 sq. m mixed-use Sluishuis (Lock House) will be located in Ijburg, an emerging neighbourhood near the harbour area of Amsterdam’s historic city centre. The development will offer 380 zero-energy residences, approximately 4,000 sq. m of commercial and common areas and 240 underground parking spaces. 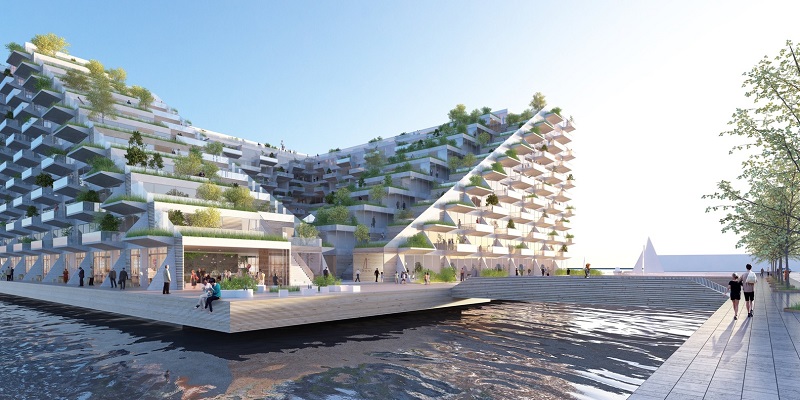 The design was inspired by classic European courtyard typology, which embraces the canal site and appears different from every vantage point. At one vantage point it seems to be a vertical green community; at another, a traditional urban block with street access; and at another, the bow of a ship. 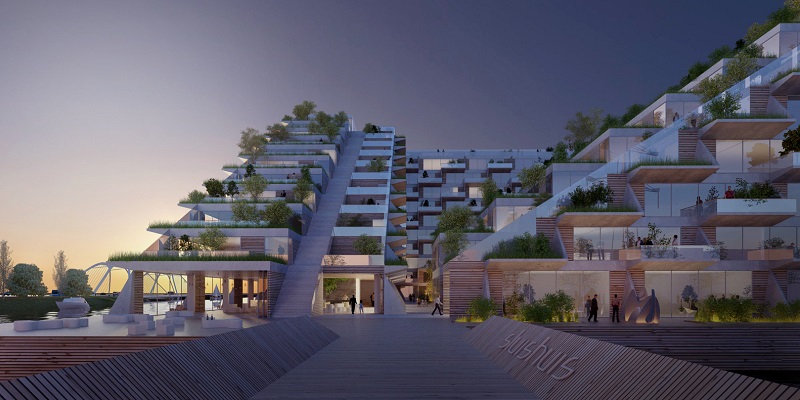 The block steps down like a cascade of landscaped terraces toward the urban district. Winding around the building a promenade, with public passages climbing the cascading terraces will serve as a small rooftop street that will loop to the top of the building and create a viewing platform. 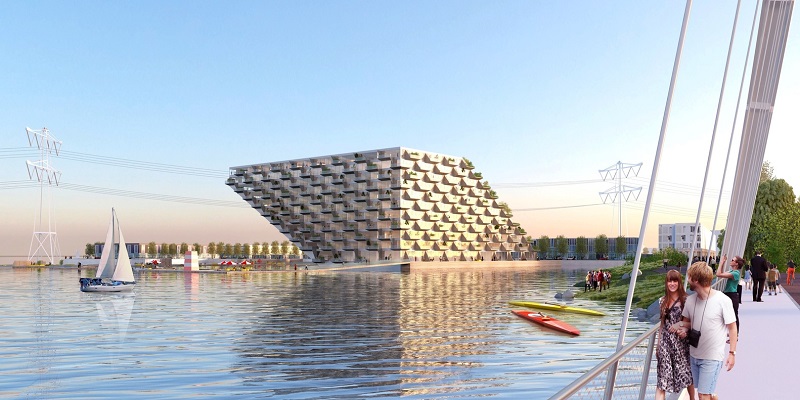 The ambitious sustainability objectives of the design impressed the jury. The environmental impact will be reduced during the construction phase, limiting total CO2 emissions, and using renewable resources throughout.

“Having spent my formative years as an architect in Holland at the end of the 20th century, it feels like a homecoming to now get to contribute to the architecture of the city that I have loved and admired for so long.

“Our Sluishuis is conceived as a city block of downtown Amsterdam floating in the IJ Lake, complete with all aspects of city life. Towards the city, the courtyard building kneels down to invite visitors to climb its roof and enjoy the panoramic view of the new neighborhoods on the IJ. Toward the water, the building rises from the river, opening a gigantic gate for ships to enter and dock in the port/yard. A building inside the port, with a port inside the building.” 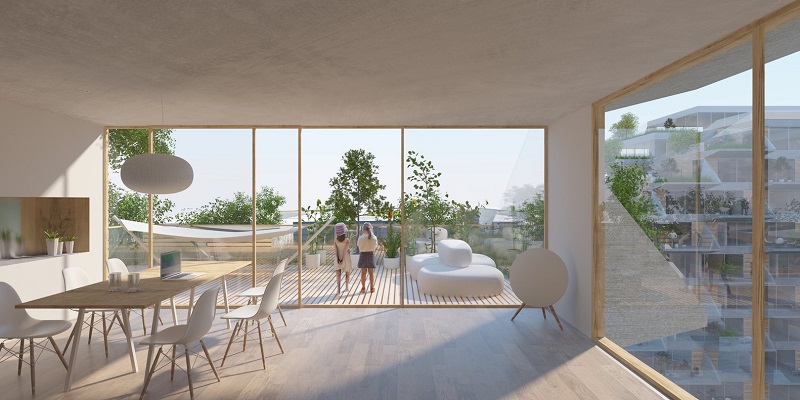 Retrieved from "https://www.designingbuildings.co.uk/wiki/Sluishuis"
Create an article