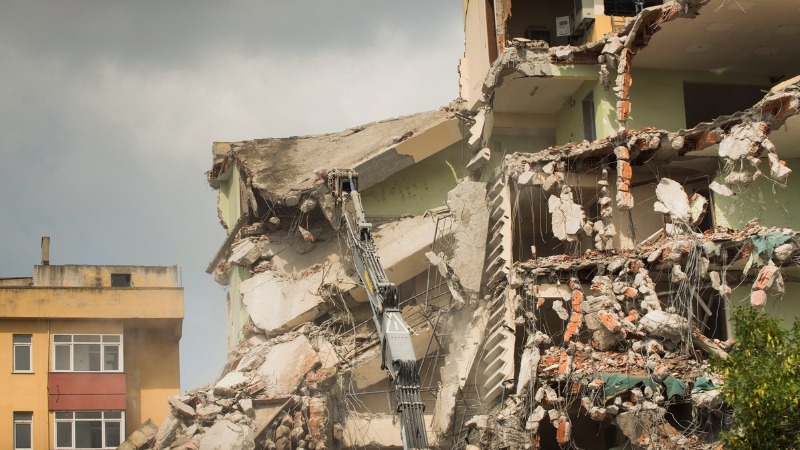 In October 2017, engineers at Scotland's Heriot-Watt University released details of a ‘sacrificial device’ for buildings they have designed that will absorb the impact of earthquakes or blasts, preventing collapse and reducing the damage and residual drifts that can render buildings uninhabitable.

Current European ‘earthquake-proof’ buildings were designed to prevent collapse in the event of a strong earthquake. However, they do not prevent extensive damage that is difficult to repair, or residual drifts. If buildings experience one or both of these factors, the cost of repairs can become prohibitive, and demolition may be the only viable option.

Dr George Vasdravellis, assistant professor in structural engineering at Heriot-Watt University in Edinburgh, has used experimental testing and computer simulations to prove that his new system minimises the damage caused to buildings up to 10 storeys high in an area of high seismicity, with one in 475-year seismic events.

Now, he and his team are adapting the design for taller buildings to ensure that the novel, minimal-damage steel frame will address the disadvantages of conventional building design.

"The non-repairable damage and residual deformations that conventionally-designed buildings experience after a seismic event represent a severe socio-economic loss. We need new methods of resilience to tackle this issue.

"We have developed an innovative steel frame that could achieve high seismic resilience, structural and non-structural damage control, and minimise residual deformations.

"The system makes use of 'sacrificial devices' made of stainless steel material. The devices are placed strategically in the structure, so that they are the only damaged components during earthquake loading.

"In the aftermath of a strong seismic event, they can be easily replaced with new ones, so that the building can return to its usual occupation very quickly.

"The inherent properties of stainless steel results in the significant reduction of the residual drifts after a strong earthquake.

"Through experimental testing and numerical simulations, we found that our system had negligible residual drifts under loading corresponding to the 'design earthquake', compared to conventional building designs, which experienced drifts that were four to five times larger."

The ability to retrofit the device and make it commercially viable for architects and construction firms is at the forefront of Dr Vasdravellis’s mind.

"In Greece and Italy we’ve watched new areas become seismic, where previously there had been little activity. We must also consider, unfortunately, the impact of explosions or other attacks on buildings that could impose extreme loading conditions.

"The sacrificial devices will mitigate progressive collapse due to explosions, or other extreme events, that result in the loss of one or more columns in the building. Therefore, we are further developing the system for multi-hazard mitigation.

"It is not enough to ‘earthquake-proof’ new buildings; we need simple, effective devices like this that can protect our existing built environment and heritage, minimising damage and costs in the event of a seismic event or blast."

Dr Vasdravellis was awarded £140,000 by the European Commission for the next stage of his research into earthquake engineering.

This article was originally published here on 25th Oct 2017 by CIAT.

Retrieved from "https://www.designingbuildings.co.uk/wiki/Sacrificial_device_for_buildings"
Create an article