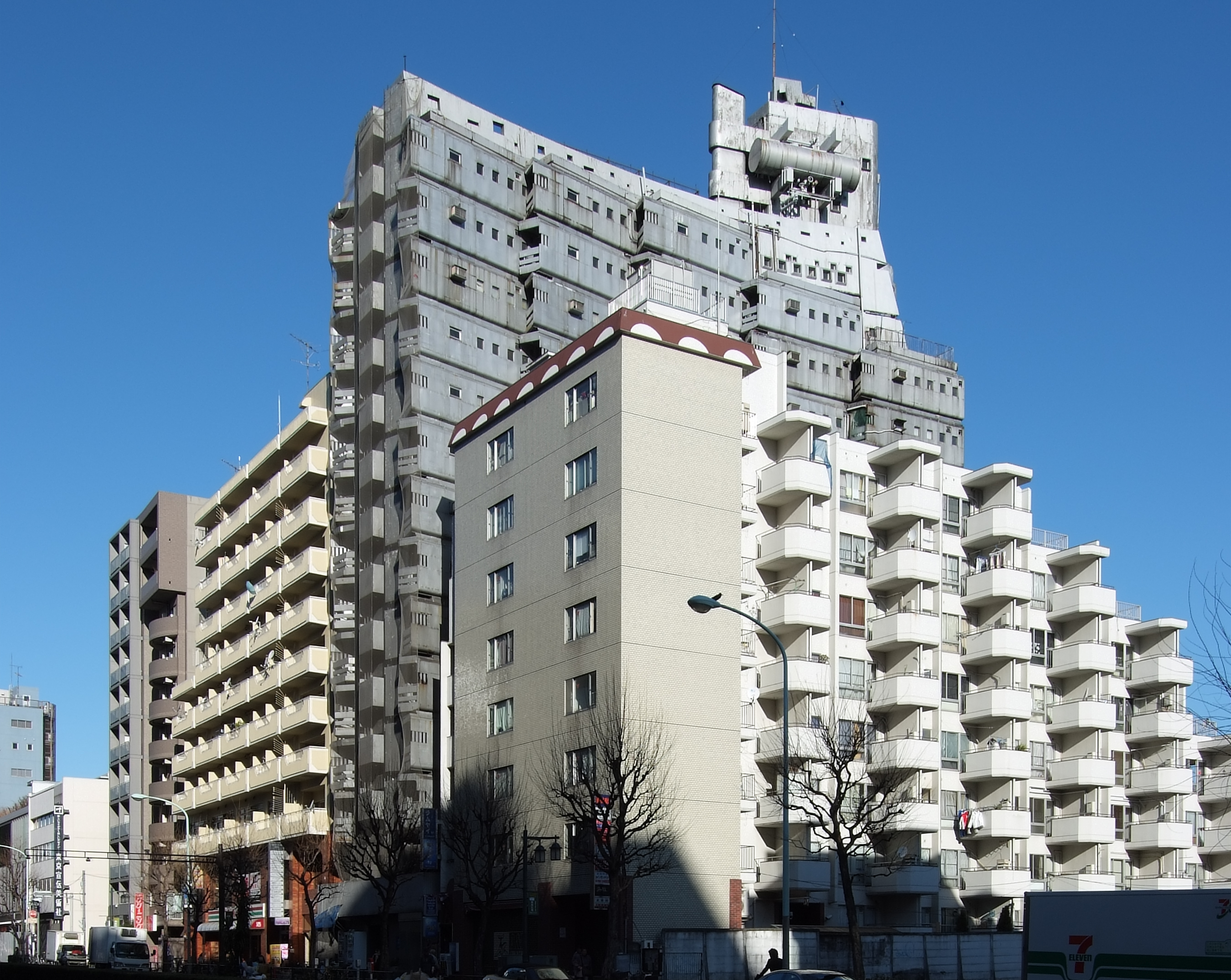 Metabolism was a form of radical architecture that developed in Japan during the 1960s.

Presented with the opportunities of post-war rebuilding as a result of the devastation caused by the 1945 atomic bombs, designers and architects began to put into practice alternative theories and ideas for how cities should be designed.

Metabolism represented an urban environment that was responsive, replaceable and could grow in an organic way. It largely followed the ‘megastructure’ form that was gaining in popularity with architects and planners at the time, as a means of addressing the growing populations of urban areas and the rapidly-changing lifestyles of the post-war era. The principles of the megastructure were that it had to be modular, capable of extension and have a framework into which smaller elements could be ‘plugged’ or replaced.

The Japanese Metabolists were particularly inspired by University of East Anglia’s ‘Ziggurats’, as well as by Moshe Safdie’s Habitat 67 in Montreal. Although many projects failed to get off the ground, texamples of the Metabolist form include the battleship-esque New Sky Building in Shinjuku (see image above) and the Nakagin Capsule Tower, Tokyo by Kisho Kurokawa.

Retrieved from "https://www.designingbuildings.co.uk/wiki/Metabolism_in_architecture"
Create an article