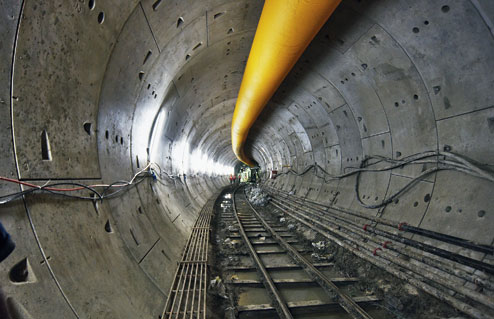 At least two unique features describe the much awaited underground railway connection between Calcutta (Kolkata) and Howrah, two large cities situated on either side of River Hooghly.

The idea was put forward by a Bengal-born British engineer Sir Harley Hugh Dalrymple-Hay in 1921, and its twin tunnels under River Hooghly are the first of its kind in India.

It has taken almost a century to realise Sir Dalrymple-Hay concept, and it is expected that the East West Metro Railway will have a significant and far reaching impact on Calcutta's transportation system in years to come and the way people commute between these two congested city centres.

In June 2017, 30 members from the ICE Kolkata Chapter visited the tunnels under construction. 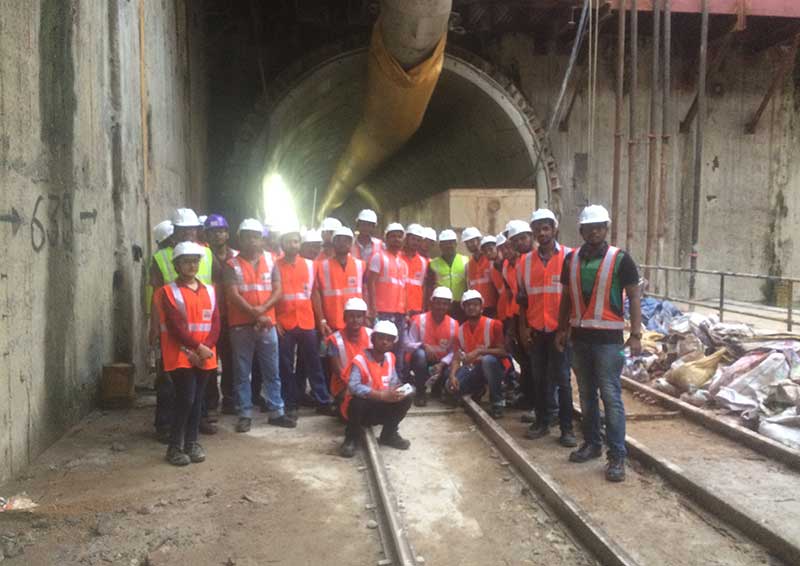 The whole project is being executed by Kolkata Metro Railway Corporation Limited (KMRCL) with partial financial support from JICA.

The entire stretch is divided into three parts:

This UG-1 contract package is being executed by TransTonnelstroy-AFCONS Joint Venture (TTAJV). A consortium (MYCEL) led by AECOM is the General Consultants (GC) to KMRCL.

Under the project, there are twin 5.5 m tunnels that are 3 km long and a vent shaft/emergency exit on Kolkata's side by Hooghly River.

The tunnels under the river pass through mostly clay silts at a depth of 11-15 m below the river bed and under submergence of 13 m average tide water in the river.

The tunnel is being constructed with pre-cast segments (5 regular segments and 1 key) of M50 grade concrete along with all necessary arrangement to ensure waterproofing, resistance to earthquake and flotation for a design life of 120 years.

During tunnelling (other than utilities and land issues), the biggest challenge is to ensure the safety of buildings and structures above ground (some of them are almost a century old and remnants of the colonial era) with suitable preventive measures.

Tunnels have successfully crossed Howrah DRM building with nominal damage and it is considered to be one of the key achievements in this project.

This article was originally published here by ICE on 15 June 2017. It was written by Ayanangshu Dey.

Retrieved from "https://www.designingbuildings.co.uk/wiki/East_West_Metro_Tunnel,_Calcutta"
Create an article