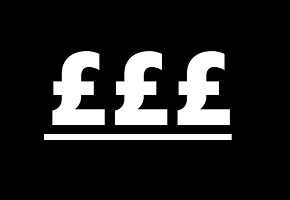 Bribery is a form of corruption and is seen as being more prevalent in construction and engineering than any other sector [1]. It is more likely to occur during the tendering and procurement stages of contracts although it can occur at any stage. This is mainly because on large contracts, individuals within organisations can influence or even decide on the procurement of goods. This provides the opportunity for corruption, compounded by a lack of transparency and governance and inaccurate recording in financial statements.

An example would be a payment by a supplier ‘A’ to a client employee in order to influence a purchase decision in favour of A’s product. A further example would be a subcontractor bribing an employee of the main contractor to gain their favour over a rival subcontractor. Bribery can ultimately affect the quality of the final construction – if an inferior product is used as a result of bribery, an inferior construction will almost certainly result.

The nature of building can make bribery easy to conceal. For instance, bribes might be made to ensure the inclusion of cheap, sub-standard materials on a building project. The money saved may be paid as a further bribe to ensure that the checkers sign-off the finished construction. This can then be difficult to discover, as works on construction projects are often covered up by other materials or embedded deep in hard to inspect places.

Bribes can be paid directly. But they are more likely to be paid through third-parties and intermediaries, something that is more prone to occur when companies move into new markets and place more of their operations with third parties, especially overseas.

The scope for bribery is greater on large, international projects due to:

Many large companies, mindful of complying with the UK Bribery Act 2010, forbid or place strict restrictions on their employees receiving gifts from suppliers that may be construed as bribes. This includes lavish lunches and other forms of ‘entertainment'.

Retrieved from "https://www.designingbuildings.co.uk/wiki/Bribery_in_construction"
Create an article