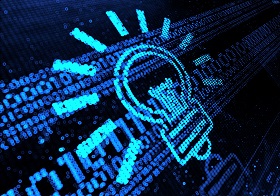 On 26 July 2017, BSRIA welcomed the government's proposed plans to 'shake up the energy market' making it easier, more flexible and more attractive for consumers to store energy, export it to the grid and arrange for 'power-hungry' devices like freezers or washing machines to operate at times when sustainable power is available and potentially power off at times of peak demand.

“BSRIA has been reporting and analysing the related revolutions of sustainable energy, the smart grid and energy storage for some years now, both in the UK and in other countries. It has become increasingly clear that cheap, efficient, safe energy storage is one of the absolutely vital cogs in the engine that is driving the green energy revolution forward.

"Wind and solar power have advanced to the stage where, under ideal conditions, a majority of power needed can be generated in this way. But of course, as is well known, peak supply and peak demand do not always coincide, and particularly on dull, calm cold winter days the UK still risks running out of power and a partial failure of the national grid.

"Battery storage is making huge advances and there are now units available that are at least in, principle, affordable and capable of being installed in a British house. There is already a substantial consumer market for this in Germany, but there it is underpinned by the fact that the prices consumers pay for grid power tend to be significantly higher. The danger is that in the UK home energy storage may be seen as a luxury item, or limited to environmental enthusiasts.

Given that raising base electricity prices in the UK would probably be politically unthinkable, thought needs to be given as to what could incentivise consumers to make greater use of energy storage and demand shifting. The rollout of smart meters across the UK should help, as should the growth in smart homes and smart appliances, but there is also a lot of work that needs to be done to assure consumers that the systems they install in their home are safe from hacking, and that their personal data is safe.

Nevertheless, this announcement potentially marks an important step in the right direction."

This article was originally published here on 25 July 2017 by BSRIA.

Retrieved from "https://www.designingbuildings.co.uk/wiki/BSRIA_responds_to_government_green_storage_announcement"
Create an article