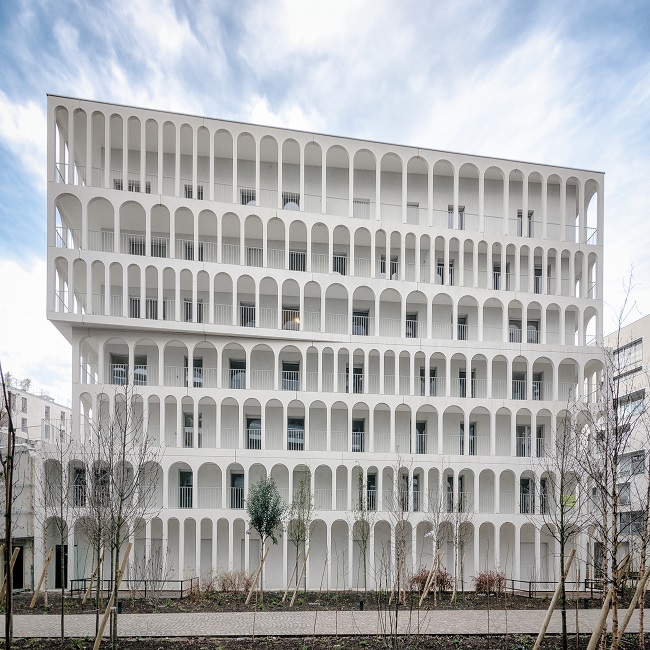 In May 2016, Arches Boulogne, located on a former industrial site in the suburb of Boulogne-Billancourt near Paris, was completed by French architecture firm Antonini Darmon. The social housing block has a Neoclassical aesthetic courtesy of a white concrete façade surrounded on all sides by colonnade rows. 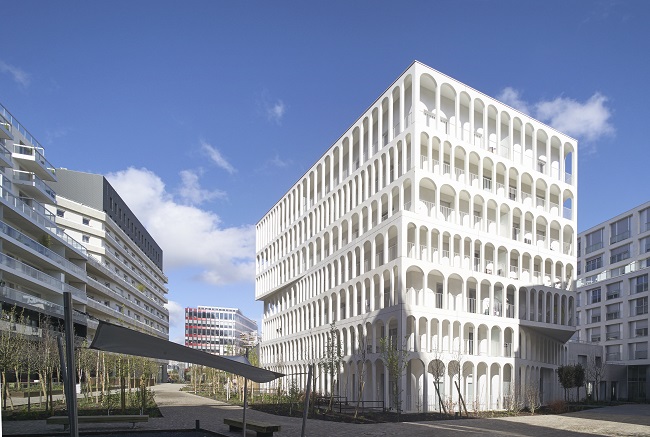 The building, which cost €4.2 million, accommodates 33 apartments and forms part of a wider redevelopment project of an area that was previously dominated by Renault car factories. 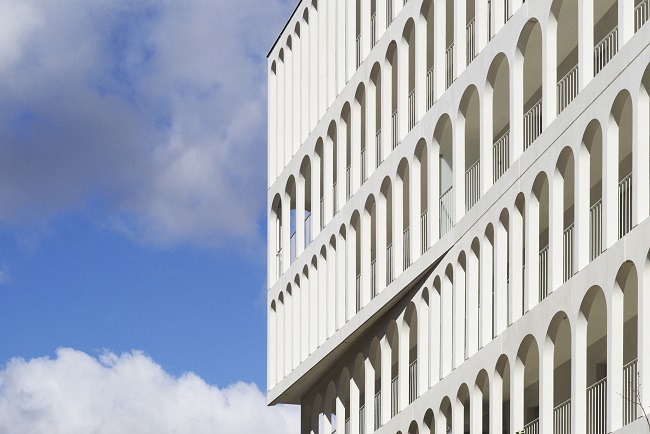 The classical-style arches are intended to frame views as well as provide the facades with shading from direct sunlight.

The building is multi-oriented, meaning that the balconies width surrounding the seven storeys depends on the direction they face. Narrower terraces facing north maximise natural light exposure, while broader walkways on other sides protect against summer heat.

The building is also designed to collect rainwater which is treated onsite to relieve pressure on the existing urban drainage system. 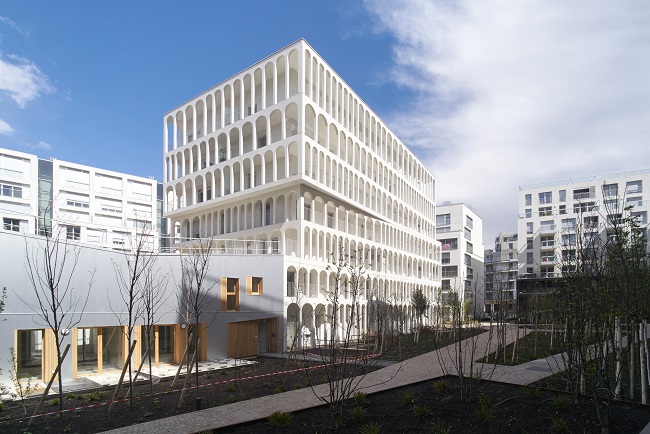 According to the architects the building, “works as an ecological hamlet, inviting people to meet, talk and reinforce a more environmental behavior.”

Retrieved from "https://www.designingbuildings.co.uk/wiki/Arches_Boulogne,_France"
Create an article