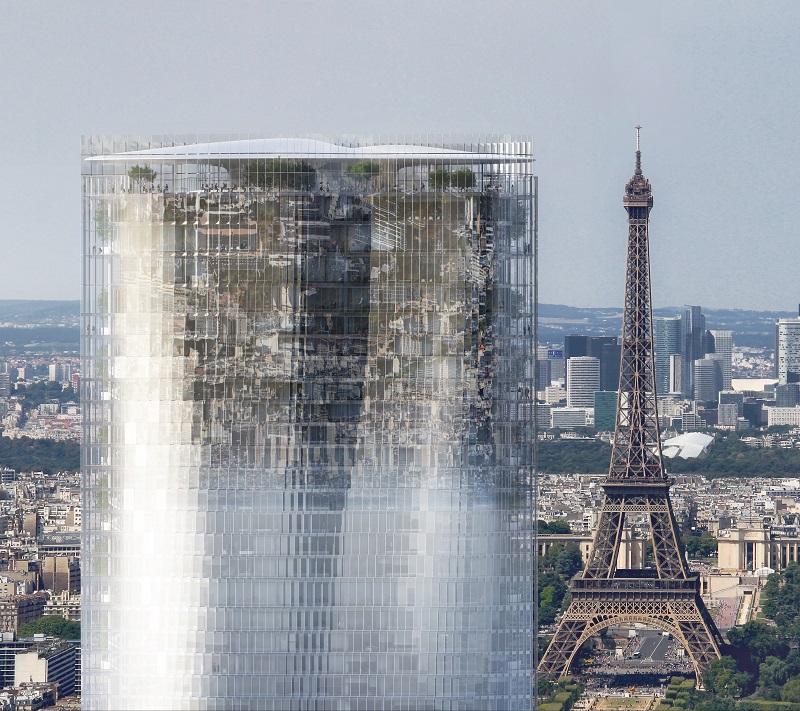 In September 2017, MAD Architects revealed designs for the renovation of Montparnasse Tower in central Paris, France. Titled ‘Mirage’, the design sees the controversial and imposing high-rise transformed into an elaborate reflective installation.

Montparnasse Tower was completed in 1973 and, at 210-m tall, was Paris’ tallest building, however, it drew immediate and consistent criticism for being overly intrusive, earning the nickname the ‘scar of Paris’.

An international competition was launched by the owner in 2016 to renovate of the tower. 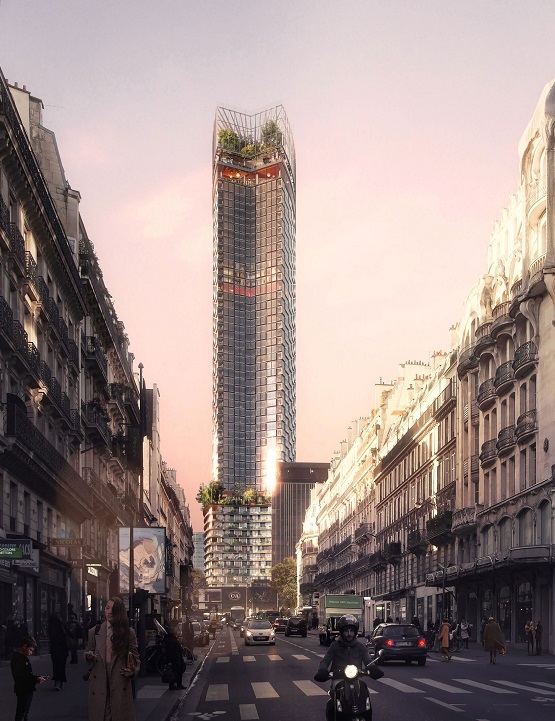 An optical illusion is created by MAD’s design by setting each of the façade’s glass panels to a specific angle, turning the building into a monolithic concave mirror. The impression this aims to create is that neighbouring buildings are hanging in the sky, while the sky is reflected onto the building’s lower section.

When looking at the tower from the direction of the Eiffel Tower, the iconic landmark will appear upside-down in the surface of the glass. 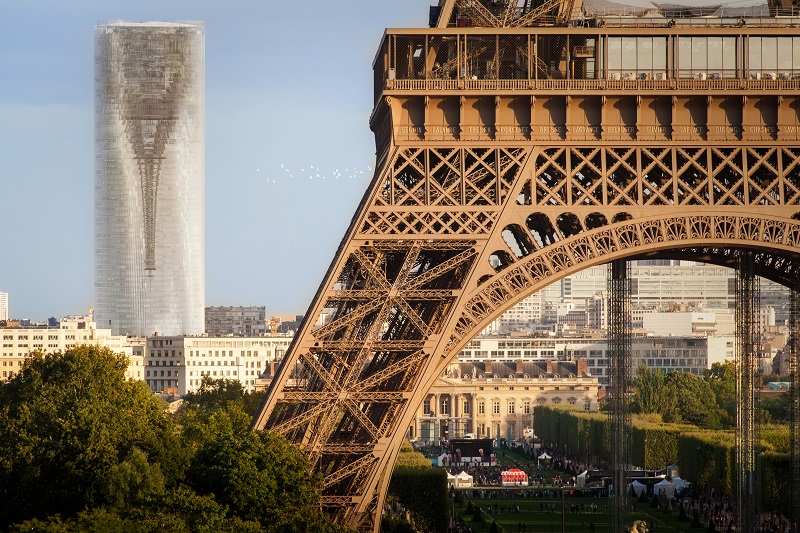 Ma Yansong, who led the design for MAD, said:

“At the time when it was built, Montparnasse Tower, like the Eiffel Tower, represented the pride and achievements of its era. It is mankind’s worship of technology and power that has created this tyrannical monument. It stands out amidst classical Paris. Today, we cannot really demolish this building and the historical regrets it stands for, but we can establish a new perspective to re-examine and think about how humanity can co-exist and interact with the tower and its environment, to bring meaning to our hearts.”

Retrieved from "https://www.designingbuildings.co.uk/wiki/Mirage_-_Montparnasse_Tower_renovation"
Create an article