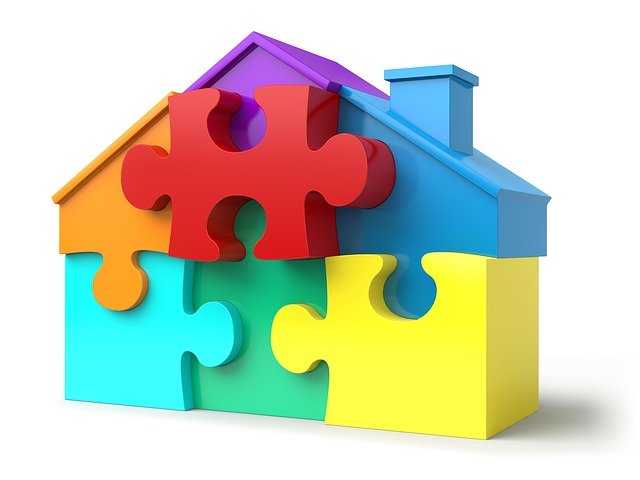 A systems approach is a concept built on the idea that all things are connected and dependent on each other. It is associated with business, but can also be applied to construction in terms of project management and other areas such as safety, infrastructure and net-zero buildings.

As an intellectual concept, the systems approach originated in the 1940s and 1950s. It was first formally proposed by Ludwig von Bertalanffy (originally known as general system theory or GST), an Austrian biologist who proposed the idea that open, organic systems (such as living things) were not necessarily ruled by classical laws of thermodynamics. He recognised that these elements were affected by, or interacted with, the environment, which meant understanding the system required an examination of each element along with its related processes.

A systems approach considers the attributes of an entire system to achieve the objective of a system through the anticipation of complex behaviours. It considers two basic components: elements (or components) and linking processes:

[edit] A systems approach to construction

A systems approach to the built environment looks at how elements (or components) in the building work together as a whole instead of considering how the elements perform or function on their own. A successful outcome will require the development and application of linking processes - perhaps in the form of specifications - based on the purpose of the completed project.

The importance of a systems approach to construction was raised in the examination of consequences associated with the Grenfell Tower fire. In Building a Safer Future, Dame Judith Hackitt suggests that; “…there is a need for a radical rethink of the whole system and how it works. This is most definitely not just a question of the specification of cladding systems, but of an industry that has not reflected and learned for itself, nor looked to other sectors.”

As a result, Building a Safer Future puts forward the idea of delivering building safety as a system rather than by considering a series of competing or isolated objectives. The significance of a systems approach is stressed in terms of risk management, considering the layers of protection to ensure building safety for every structure that falls under the regulatory framework. 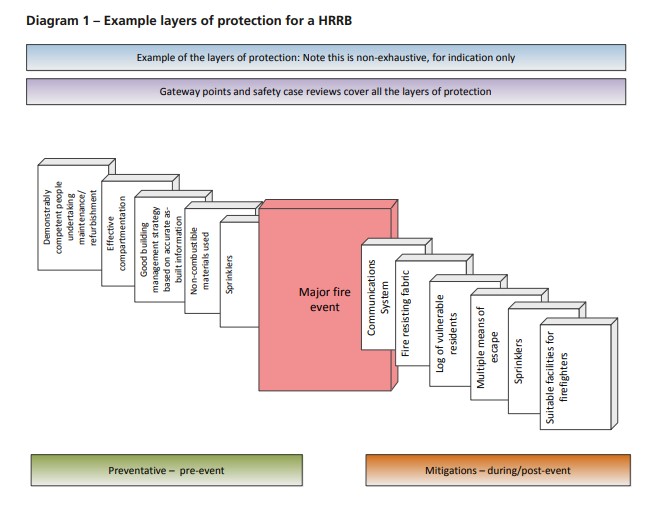 The risk management diagram above shows the layers of protection which may be in place for a high rise residential building to prevent and mitigate the risk of a large fire. Each of these layers of protection form part of an integrated safety strategy for the building. Some layers are physical and inherently provide higher levels of protection when installed. Some layers are system related: in other words a competent person needs to appropriately instal and maintain a physical control for it to deliver its protective function.

The report also suggests the regulatory framework should treat the building as a single entity (a system encompassing sub-systems) and a new over-arching Approved Document should be published describing the system and the holistic analyses that must be completed when undertaking building work. This should define the requirement to understand the interactions of the system and its comprising subsystems in both normal operation and outside normal conditions.

Retrieved from "https://www.designingbuildings.co.uk/wiki/Systems_approach_to_building_design_and_construction"
Create an article