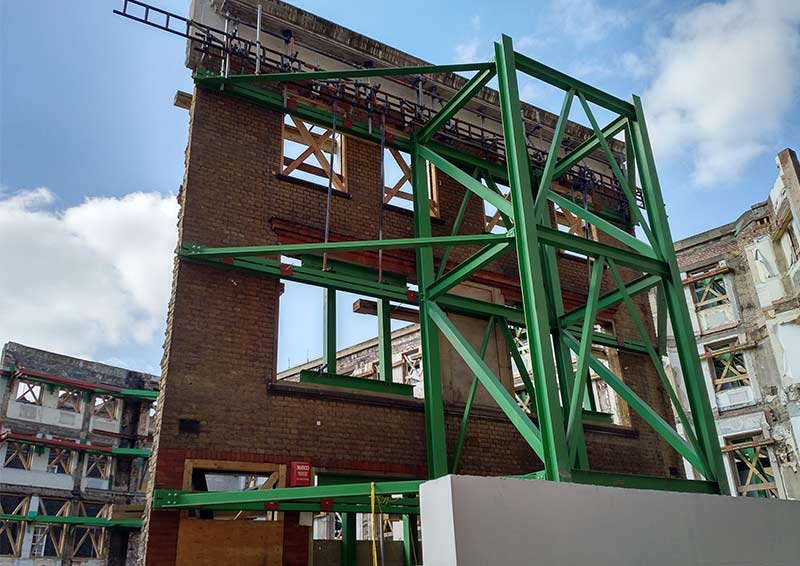 Despite the introduction of Structural Eurocodes in 2005, some structural civil engineers continue to use the withdrawn British Standards. ICE explains the circumstances for how this may be acceptable, but that Eurocodes still represent the future as regards to safe and economic design and execution.

The Structural Eurocodes (BS EN1990-1999) have been the UK's national standards since 2005. In 2010, the European Committee for Standardization (CEN) required all conflicting national standards to be withdrawn. In Britain's case, those included BS 5950, BS 8110, BS 5268, dealing with steelwork, concrete and timber respectively.

Withdrawn British Standards (BS) are no longer reviewed by BSI although they may remain competent in their approach for a time, subject to the points made below.

[edit] Points to consider in the use of withdrawn standards

It is apparent that:

In addition Britain, via BSI, is fully engaged in the current programme of revising the Eurocodes.

Compliance with Building Regulations is not dependent upon a specific code. As long as the functional requirements are met, the design is satisfactory in this regard. For some buildings there are no applicable codes, e.g. cob structures.

Although the withdrawn British standards are no longer maintained, they may remain acceptable for use (see below). The choice of codes and standards is the responsibility of the designer.

It is accepted practice to assess existing buildings using the codes to which they were originally designed. Hence, the withdrawn British standards and codes will continue to be utilised in this respect, pending alternative suitable methods.

[edit] Use of withdrawn British Standards and codes

ICE believes that the Eurocodes represent the future as regards safe and economic design and execution.

However, as has historically been the case (with BS 449 for example on the introduction of BS 5950), there will be occasions when the on-going use of the withdrawn British standards is acceptable, and the use of other standards. to cover areas of design not encompassed by Eurocodes, will continue.

The ICE's code of conduct is relevant in this regard:

Users of withdrawn design standards may also need to have regard to professional indemnity (PI) requirements and their standards' compatibility with execution and material Euronorms, adopted by fabricators, material suppliers and the like.

Mixing codes should be avoided apart from those (occasional) specific situations where there is a real identifiable need and the designer has the necessary competence to understand the implications. It should never be the norm.

[edit] Brexit and Eurocodes - the future

As BSI is a member of the European Committee for Standardization (CEN), Britain is obliged to adopt the Eurocodes as its National Standards and to withdraw any conflicting National Standards. All this has been done or adopted, and will continue.

CEN is independent of the EU itself. BSI intends to remain a member of CEN irrespective of Brexit and its final format. Hence, it will not be able to publish British standards on a subject already covered by a European standard.

Britain is fully engaged in the present Eurocode revision which aims to simplify, harmonise and update the suite.

Members of ICE and the other engineering institutions and BSI are involved in this work with the clear intention that the revised codes will be adopted in due course. There are a significant number of British experts chairing and participating in CEN/TC 250, the Structural Eurocodes technical committee, its subcommittees and working groups, and the mandated M/515 project teams, placing Britain at the heart of the work programme for the second generation of the Eurocodes.

This article was originally published here on 7 February 2017 by ICE. It was written by Adam Kirkup.

Retrieved from "https://www.designingbuildings.co.uk/wiki/Structural_engineering_codes"
Create an article