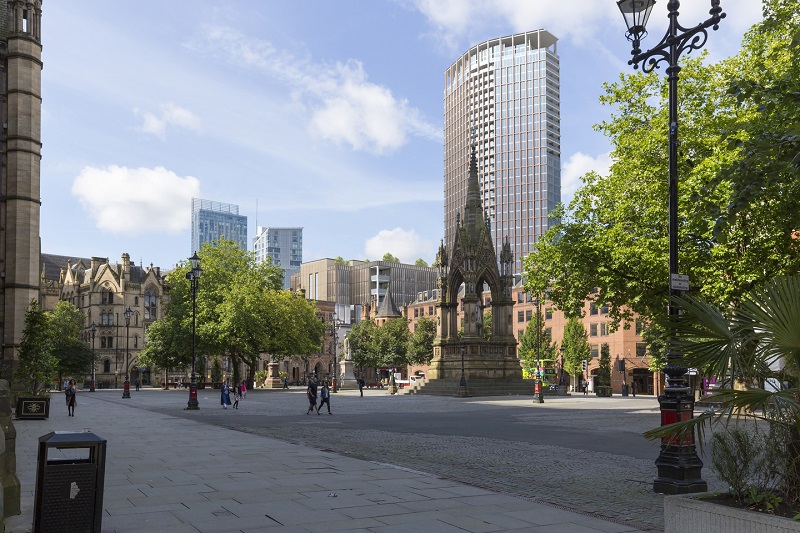 In August 2017, the St. Michael’s Partnership, led by former-footballer Gary Neville, submitted revised plans and opened a public consultation for a proposed £200 million St. Michael’s development in Manchester. In June 2018, the project was given the green light to go ahead after the consortium of investors were told that it would not be called in by the Secretary of State.

Plans for the 1.5-acre Jackson’s Row site in the city centre include a 134 m-tall mixed-use tower designed by Hodder + Partners, containing offices, 170 flats and a 200-bedroom hotel.

Earlier proposals, which involved two towers, were heavily criticised by heritage groups who argued that they threatened to ruin historic parts of Manchester as well as the skyline.

The latest proposals include: 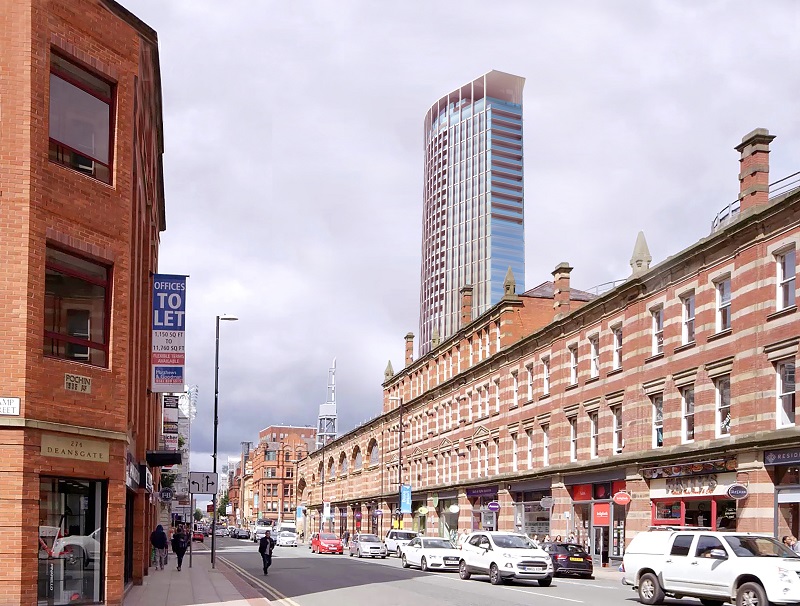 The new St. Michael’s tower is designed in a lozenge shape with a floating canopy at its crown, supported by a three-storey colonnade to residential space below. The new designs include extensive glazing and a bronze façade which, it is claimed, ‘bring a lighter, more transparent approach than the original tower design’.

There is no timetable for construction works, but it is expected to take three years. Construction will be carried out by Chinese contractor Beijing Construction Engineering Group.

Neville said; “We are delighted that the Secretary of State has decided to not call in our revised plans for St Michael’s and that the vision for this landmark mixed-use scheme will be realised. It’s been more than a decade since the idea to regenerate a strategic city centre location was first considered – and our whole team is very pleased that we can focus on delivering this project for Manchester, bringing new high-quality development that will enhance the city’s position both nationally and internationally.”

Retrieved from "https://www.designingbuildings.co.uk/wiki/St_Michaels_Tower,_Manchester"
Create an article