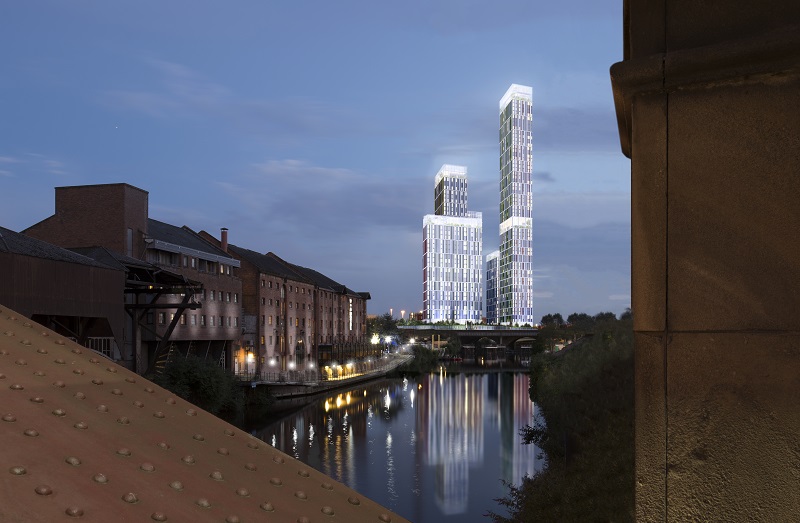 Due to be the tallest residential scheme in North West England, the project was designed by award-winning architects Child Graddon Lewis (CGL). The towers will be 213 m tall, overtaking Beetham Tower which is currently the city's second tallest building at 169 m.

The project is intended to form ‘distinctive riverside communities along the Irwell’; a mixed-use development consisting of 1,400 homes within five towers. Prospective residents will be offered the choice to buy or opt to join private residential communities (PRC). 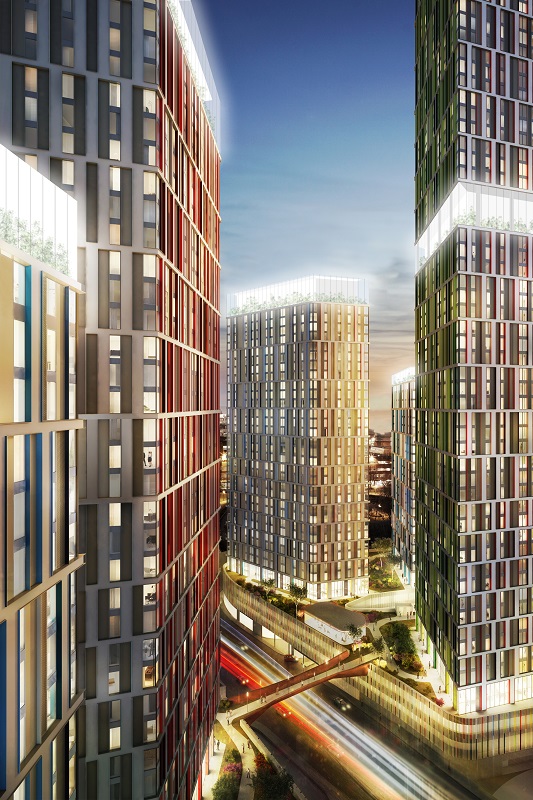 The towers will include farmer’s markets, retail units and educational facilities forming the core of a city-centre 'village'. It will boast independent bars supporting locally-brewed craft beer, cafes, communities galleries and event spaces, as well as a new boat club with access to the Irwell.

The project seeks to emulate the recent success at Leeds Dock, which was also designed by CGL. However, it has not been without its critics. The plans have been condemned by the Victorian Society, which is concerned that the 'gargantuan scale of the towers…would conflict with the prevailing character and defining aspects of the area.' 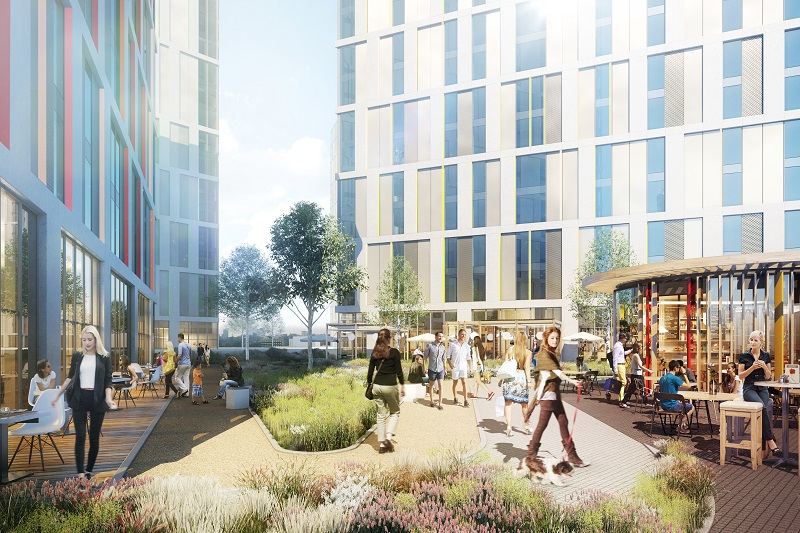 James Sidlow, project director at Allied London, said; “Trinity Islands’ appeals to a wide variety of people with its excellent onsite amenity and community-lead retail offering, as well as its sky gardens and lounges that allow residents to relax and unwind. One of the tallest residential schemes in Western Europe, residents will enjoy some of Manchester’s most scenic views”.

Greg Jones, associate director at Child Graddon Lewis, said; “Since our initial appointment, it’s been a real privilege working on the design for Allied London’s visionary new scheme. The aim of Trinity Islands is to provide Manchester with the opportunity to create a world-class neighbourhood and a self-sustaining community of residents and workers. This is a project that goes beyond what’s required and not only creates housing, a well-known priority for the UK, but rather an environment that benefits local communities". 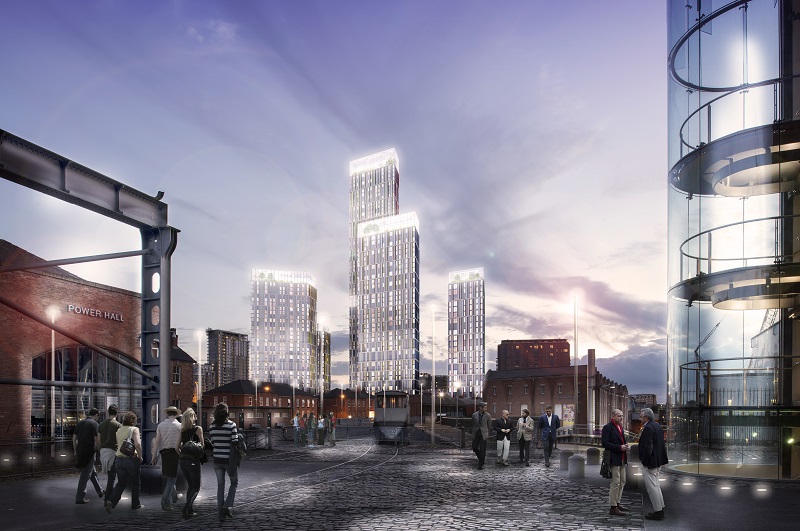 Allied London intend to start construction towards the end of 2017.

Retrieved from "https://www.designingbuildings.co.uk/wiki/Trinity_Islands,_Manchester"
Create an article