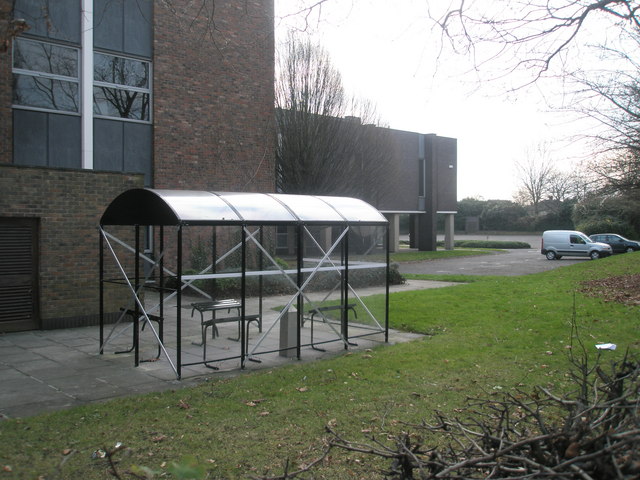 Smoke-free legislation was introduced in phases during 2006 and 2007, which banned smoking in nearly all indoor environments (including workplaces and public spaces) across the UK

In conjunction with the ban, all indoor smoking areas or break rooms were banned, and smokers were required to go outside to smoke. E-cigarettes were not included under the bans.

[edit] The introduction of smoking shelters

While employers are not required by law to provide smoking shelters for employees, some have taken it upon themselves to provide them. However, these structures must also comply with the Smoke Free regulations and follow local rules (for issues such as noise, licensing and so on). Smoking shelters require planning permission from local authorities.

Smoking shelters cannot be enclosed by doors, walls, windows or other structures that enclose more than 50% of the structure. This 50% rule also applies to shelters built with one open side against a wall or fence.

Due to the open nature of these buildings, their location is important and should take into consideration:

There are some smoking shelter options that may not require planning approval. These include lightweight gazebos or jumbrellas (or giant parasols). These structures must be sufficiently safe (they should be made from suitable fire resistant material) and structurally sound.

Retrieved from "https://www.designingbuildings.co.uk/wiki/Smoking_shelters"
Create an article