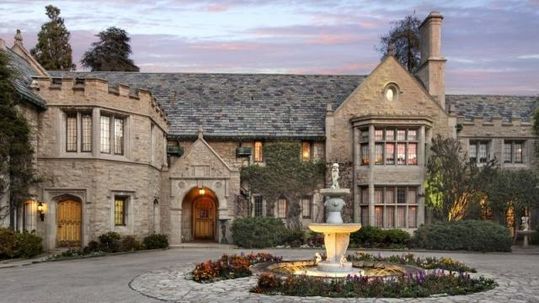 The Playboy Mansion was the iconic residence of Hugh Hefner, founder of the Playboy magazine empire. Located in Holmby Hills, Los Angeles, it is one of the most famous mansions in the world, notorious for its decadent and lavish parties.

Construction of the mansion began in 1927. It was bought by Hefner in 1971, and became his full-time residence in 1974, when he moved from the original Playboy mansion in Chicago. Hefner purchased the mansion for $1.1 million from Louis D. Statham, an engineer, inventor and chess-master.

In 2016, the property and its 5.3 acres of land were put on the market for $200 million, making it one of the most valuable estates in California. It was eventually bought for half that amount by Daren Metropoulos who stated his intention to renovate and restore the mansion to its original form. 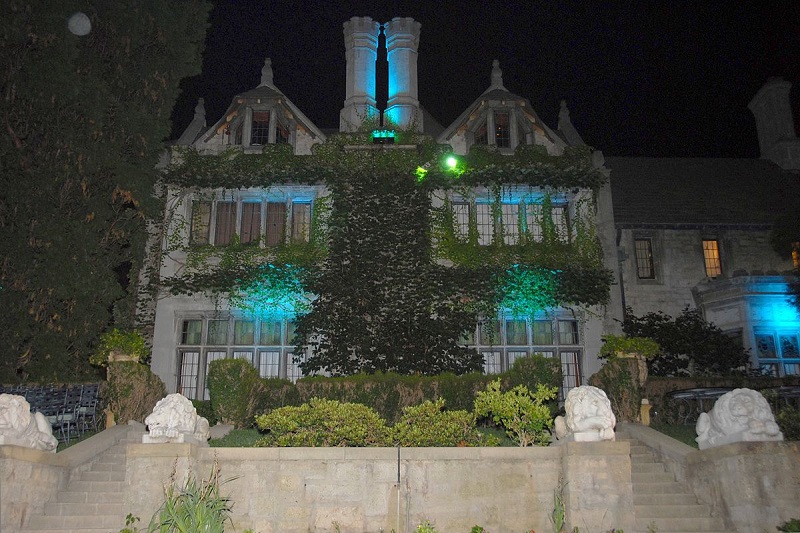 The 2,048 sq. m mansion was designed by the architect Arthur R. Kelly in the Gothic and Tudor Revival styles. Hefner has described it as resembling an English country manor.

The mansion contains 22 rooms, including six bedrooms, six baths and two powder rooms. The estate also includes a 4-bedroom Aviary greenhouse which acts as a guesthouse and a 2-bed games house.

Some of the features of the mansion include a wine cellar accessed via a Prohibition-era secret door, a screening room with pipe organ, and extensive carved-oak décor which dates back to the 1970s. The west wing of the mansion contained the editorial offices of Playboy, while the extensively renovated Master’s suite is located across several rooms on the second and third floors. Throughout the rest of the mansion, the original Gothic Revival furnishings are maintained, including an oak-panelled drawing room with open fireplace.

The landscape is equally lavish and includes a tennis/basketball court, a swimming pool with patio, a basement gym and sauna, a large koi pond with artificial stream, a citrus orchard and two forests of tree ferns and redwoods. Perhaps most famous is the artificial waterfall and stone grotto containing several whirlpool hot tubs.

It is one of the only residential properties in the Greater Los Angeles area to hold a zoo licence and as such, the estate contains three zoo buildings with exotic birds, squirrel monkeys and rabbits. 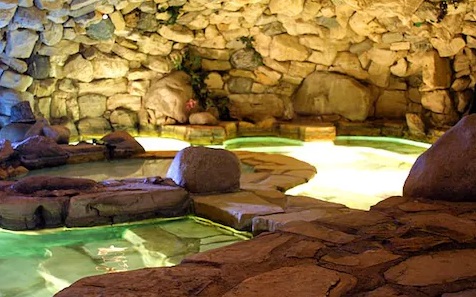 The mansion is currently used for corporate activities, charitable events and civic functions.

Due to its iconic status and close proximity to Hollywood, the mansion has become a symbolic backdrop in magazine photography, as well as numerous films and TV programmes, including ‘The Fresh Prince of Bel-Air’, ‘WWE Smackdown’, ‘The Apprentice’, ‘Beverly Hills Cop’, ‘Sex and the City’, and ‘Curb your Enthusiasm’.

In 2011, a widely-reported incident occurred in which 123 people suffered with fever and respiratory illnesses after a corporate event. Investigators found that the virus outbreak was Legionnaire’s Disease spread from bacteria that was traced back to one of the grotto’s hot tubs.

Retrieved from "https://www.designingbuildings.co.uk/wiki/Playboy_Mansion"
Create an article