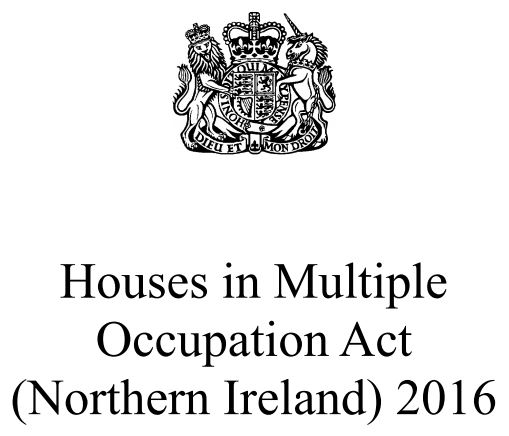 Licensing laws for Houses In Multiple Occupation (HMOs) in Northern Ireland have changed since 1st April 2019. Landlords and agents will need to know about the new licensing regime and controls.

HMOs were previously controlled by the NI Housing Executive but the new ‘Houses In Multiple Occupation Act (NI) 2016’ has moved that control to local councils and may also result in some houses becoming HMOs by default - whether that's planned that way or not.

What should be known?

First, it will be of comfort to know that professional help is available from many sources such as designers, solicitors and building consultants. HMOs are not a new thing so, whilst the legislation has changed, there are many professionals capable of providing help from day one.

Of course, it is necessary to know what an HMO is to understand the effect of this new legislation. In summary, an HMO is a property which is:

So for example, if a typical house in Northern Ireland is shared by students or young professionals the landlord needs to start thinking beyond the established notion that “it’s only friends sharing a house” – are there three or more tenants? If so and they’re not related then landlords need to think about how they’re going to comply with their new responsibilities.

What should be done?

Landlords will need to apply for and maintain a valid licence for each HMO they own. The fees are fairly high, and they’re an annual cost so they need to start adjusting their budgets.

They should also know that Councils can refuse a licence if they believe an area has too many HMOs already – so landlords might need to bear this in mind for future income planning.

Landlords need to prove to the Council that they have Planning Permission and Building Control Approval for their property allowing its use as an HMO. They are not covered simply because the property has always been a house - HMOs are one of the uses that N Ireland Planning legislation classes as ‘sui generis’, ie a class of its own. We can see this requirement catching out many first-time applicants, potentially leading to further enforcement action by a Council Planning department.

Also, landlords can expect their HMO licence to come with a few conditions attached. As well as conditions relating to the physical property, tenants’ rights, anti-social behaviour and neighbourhood concerns, they can also expect the licence to limit them to a maximum number of tenants – they'll need to consider how that affects their financial planning.

Unsurprisingly, the legislators have an answer for anyone who breaches the legislation and if they choose to enforce against a landlord they’ve a few options open to them, including fixed penalties of up to £20,000.

Of course, it’s not all doom and gloom. The legislation has been introduced for a reason, and responsible landlords operating on reasonable margins should probably come out of this alright. In fact, if the Councils do come down hard on rogue landlords, others may well find demand outstripping supply and they could be enjoying additional income as a reward for their integrity.

Retrieved from "https://www.designingbuildings.co.uk/wiki/Houses_In_Multiple_Occupation_Act_(NI)_2016"
Create an article