A technology that can make life more simple and convenient is the robot. These machines can perform a wide variety of tasks and help reduce operational cost and improve efficiency. A robotic arm is one that is programmable and has functions similar to that of a human arm.

Heavy payload robotic arms are capable of performing heavy-duty jobs such as picking and placing, machine loading, drilling, palletising, spraying, and so on. They efficiently perform tasks which are physically demanding, repetitive, and may be considered too dangerous to be performed by humans and provide businesses with decisive productivity advantages. 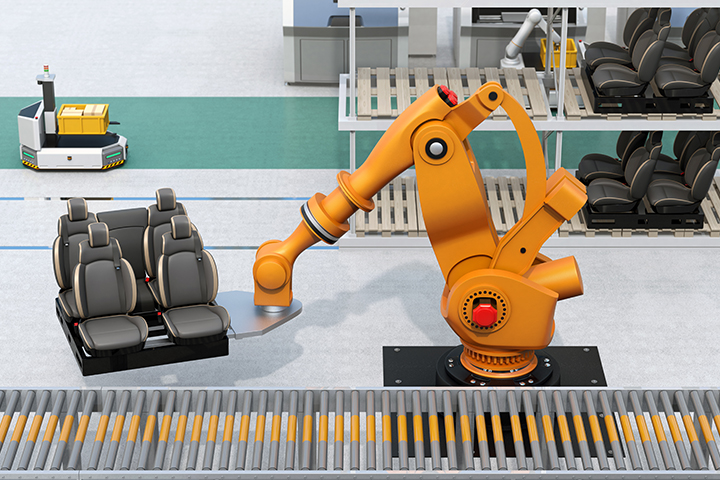 The demand for improving production capabilities by the adoption of robotic arms, the rise in awareness of the long-term benefits of robotic arms and the high cost of labour in developed economies are fuelling the growth of the heavy payload robotic arm industry, which is expected to reach $13,620.96 million by 2025, growing at a CAGR of 4.39% from 2018 to 2025

In June 2018, Yaskawa Electric Corporation, a Japan-based robotics company, expanded its Motoman GP series to include a variety of new handling models for payloads of 35 to 600 kg. In November 2017, ABB Robotics, a leader in industrial and collaborative robots and Kawasaki Robotics, a leading supplier of industrial robots and robotic automation systems, joined forces to share knowledge and make advancements in collaborative robots. ABB won a robot order from Valmet Automotive to develop a new Mercedes SUV in March 2016.

Yaskawa’s latest GP line of robots include compact and highly-efficient robots. Operated by the new Motoman YRC1000 high-performance controller, the robot line is meant for high-speed joining, packaging, and general handling applications. The programmer of the YRC1000 control unit is ergonomically arranged and is the lightest in its category.

The embedded touchscreen allows precise and intuitive operation and easy navigation with the cursor. The wrist axes of the handling robots are designed in conformance with protection class IP67. This allows them to be used for handling and other automated tasks in more harsh environments. The slim and compact design of the robots allows the manipulators to access deep areas, and the smooth surfaces facilitate the cleaning of the GP robots.

ABB and Kawasaki formed a partnership to share knowledge and promote the advantages offered by collaborative robots, especially those with dual arm designs. Under the terms of the contract, which is the world’s first to focus on ‘cobots,’ both the companies continue to independently produce and market their own offerings while collaborating on joint technical and awareness opportunities, which includes educating policymakers and others about the benefits of collaborative automation, and developing approaches to safety, programming, and communications.

Yasuhiko Hashimoto, managing executive officer and general manager, Kawasaki Robot Division said; “Collaborative robots, especially those with two arms capable of human interactions, can greatly contribute to society and help the world cope with labor shortages and an aging workforce. We see high potential in expanding collaborative applications and processes where people and technology work together to create solutions. I’m very pleased that ABB and Kawasaki are joining forces to lead the drive for more user-friendly, advanced collaborative automation.”

In the largest ever contract signed in Finland for industrial robots, Valmet Automotive received more than 250 robots from ABB for use at its Mercedes-Benz GLC SUV body shop in Uusikaupunki, Finland. This doubles the total number of ABB robots within the Valmet product portfolio. The new production line is a greenfield project comprising the main lines and sub-assembly cells. According to Finnish automotive supplier, the additional line of ABB robots boosts productivity and shortens lead-times.

Retrieved from "https://www.designingbuildings.co.uk/wiki/Heavy_payload_robotic_arms"
Create an article