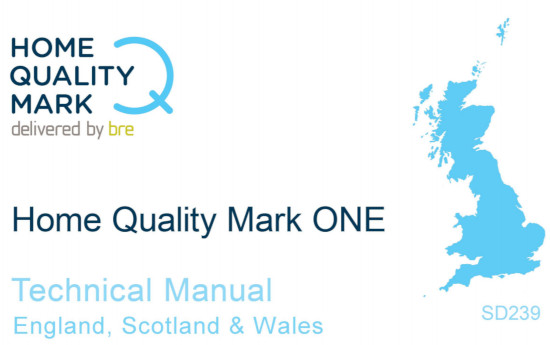 Building more high-quality new homes that fit our current and future needs is a national priority. BRE has developed the Home Quality Mark (HQM) to provide developers with the tools and framework to differentiate, prove and communicate the benefits of their homes.

This then gives consumers, clients, financiers and the wider sector the information and reassurance about the homes they live in, finance, procure, plan or own. It provides a solution to a number of the major challenges in housebuilding today. It could be called the ‘TripAdvisor for new homes’ being a valuable tool in improving the culture around new house building.

The Mark recognises good practice guidance, processes and standards that the industry has to offer, drawing them all together in a way that can be understood by people outside the construction industry. Ultimately, building high quality new homes that are accepted by communities is the key to delivering the numbers of new homes that the Government has set out.

The HQM ONE technical manuals for new homes are now available for England, Scotland and Wales. HQM ONE builds on the beta version of the scheme, which has been operating since early 2016. BRE has received significant amounts of feedback in a variety of forms from many different people and organisations, all of which have had a hand in its evolution.

[edit] What is new about HQM ONE?

Key areas of difference to the beta version of the scheme include:

HQM remains a flexible standard, suitable for all types of new homes including; private sale, all types of rental, low-rise, high-rise, urban, rural, traditional construction, modern methods / offsite, built by large or small developers and everything in between.

[edit] When can HQM ONE be used?

Registrations for HQM ONE are open from the 24 August 2018, when BRE will also be releasing the supporting tools required to complete an HQM ONE assessment.

More details can be found at: http://www.homequalitymark.com/standard

Retrieved from "https://www.designingbuildings.co.uk/wiki/HQM_ONE"
Create an article