In 1991 the city authorities opted for a thoroughly conservative masterplan for the redevelopment of the devastated Potsdamer Platz quarter of Berlin (close to the former line of the Berlin Wall), rejecting more radical proposals including those by Richard Rogers Partnership (RRP, now Roger Stirk Harbour + Partners, RSHP). A further competition for the Daimler Chrysler site was won by Renzo Piano and Christoph Kohlbecker. RRP was subsequently commissioned to design three buildings on the site with a total area of 57,800 m².

The brief stipulated that RRP work within the context of the traditional Berlin square block, with buildings no more than nine storeys high formed around potentially oppressive internal courts. To one side, the buildings had to address an enclosed retail arcade raised several storeys above ground level. Working within these constraints, the practice was able to subtly subvert the municipal masterplan to produce buildings of strikingly contemporary appearance which, most significantly, utilised a low-energy servicing agenda.

The key to this strategy was the erosion of the blocks at their south-east corners to allow daylight to penetrate the central courts, which were turned into covered atria to illuminate interiors, and to facilitate views out of the buildings. The atria are naturally ventilated throughout the year, with heating mechanically augmented in winter.

The two office buildings and one residential block were designed for natural ventilation throughout, with intensive research by the RRP team and specialist consultants into the servicing programme partly funded by an European Union grant. As a result, it was estimated that energy consumption in the office buildings would be half that generated by a conventionally air-conditioned building. The facades of the buildings incorporated clear and opaque glass panels, solid areas of ceramic tile cladding, and external and internal blinds, a sophisticated mix which allowed the internal environment to be adjusted in response to the requirements of users. Visually striking, RRP’s contribution to the Potsdamer Platz development challenged conventional wisdom, producing a pioneering low-energy environment for business accommodation. 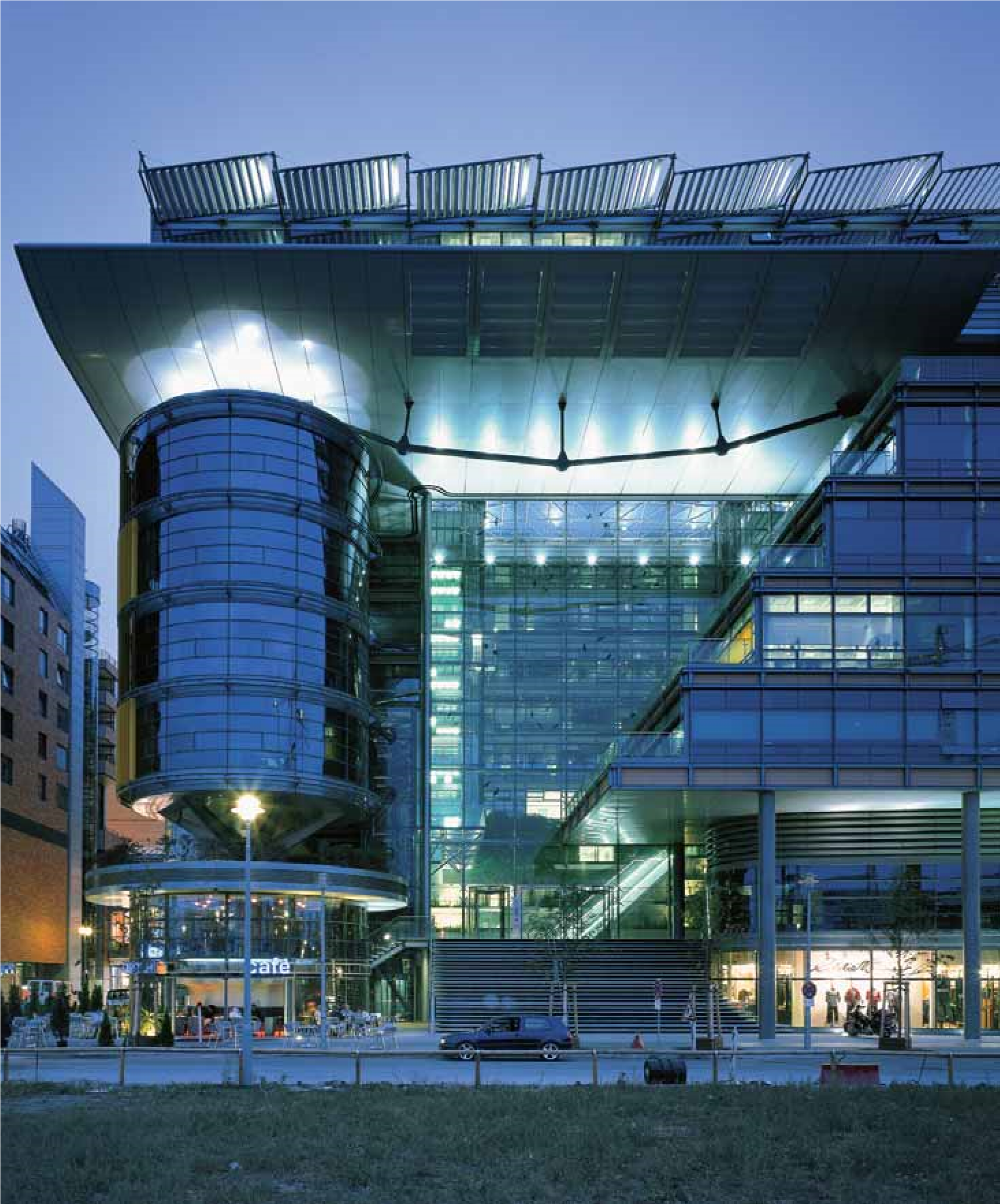 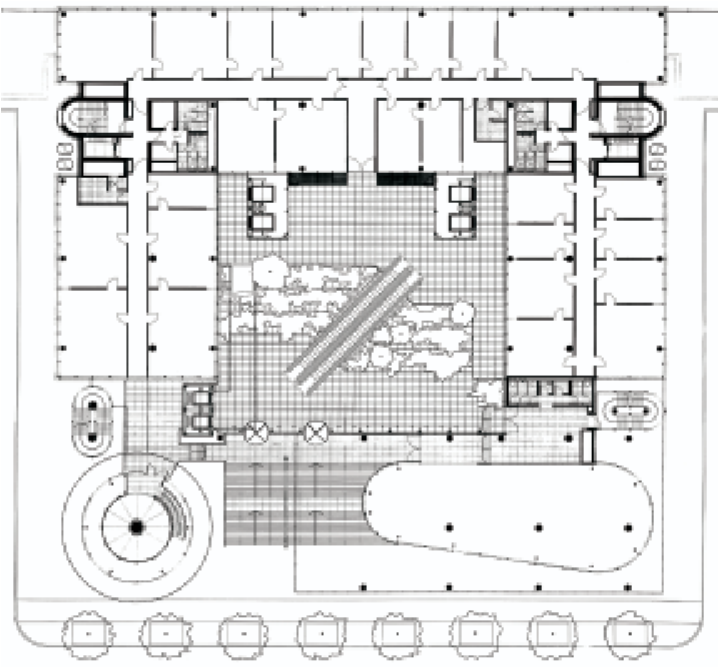 Retrieved from "https://www.designingbuildings.co.uk/wiki/Daimler_Chrysler_office_and_retail"
Create an article