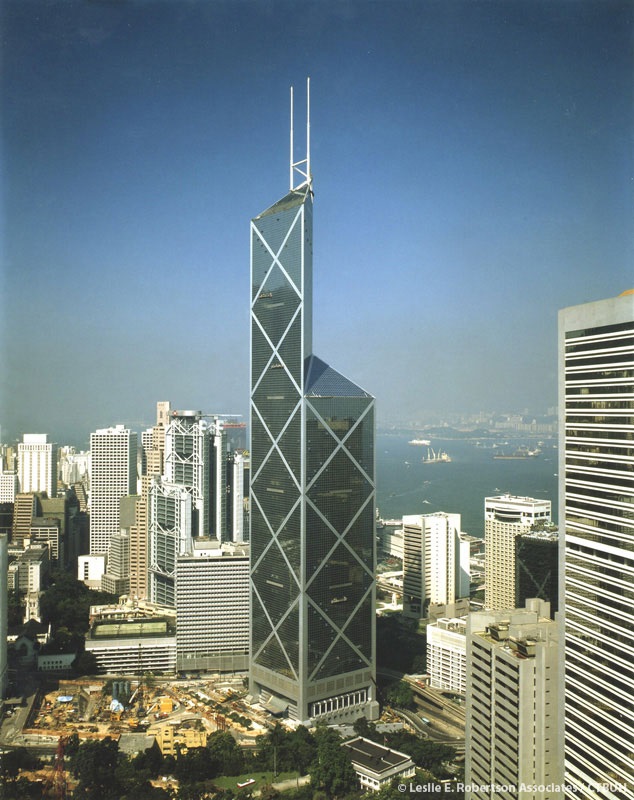 The Bank of China Tower is a skyscraper in the Central and Western District of Hong Kong and is arguably the city’s most iconic building. It houses the headquarters of the Bank of China (Hong Kong) Limited. It was designed by the Pritzker Prize-winning architect I.M. Pei and L.C. Pei of I.M. Pei and Partners and was completed in 1989.

It has featured in blockbuster films ‘Battleship’, ‘Star Trek: Voyager’, and ‘Transformers: Age of Extinction’. 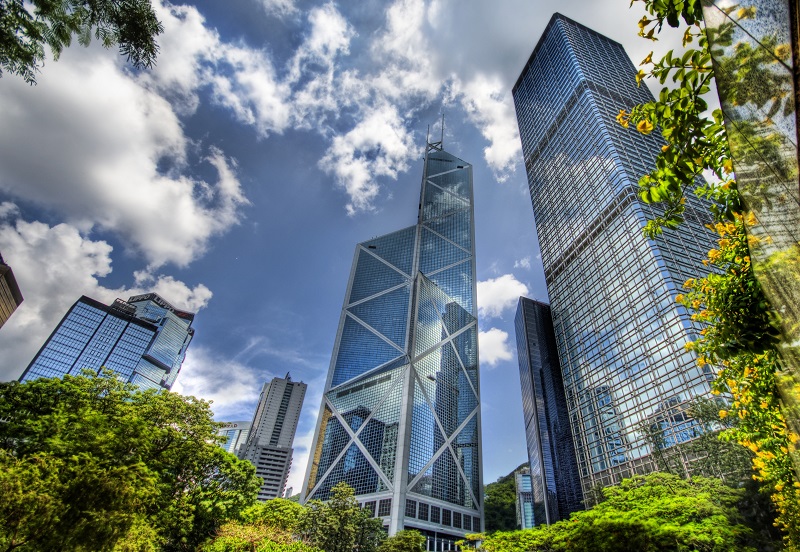 The high-tech structural expressionism of the design provides the building with its distinctive character. It initially caused some controversy as the only major building in Hong Kong that did not consult feng shui practitioners. In particular, concern was raised about the sharp edges of the building and numerous ‘X’ shapes in the original design, which were seen as negative symbols. As a result of this controversy, Pei modified the design prior to construction.

Pei drew inspiration from bamboo shoots to symbolise prosperity and strength. Four vertical steel shafts create a composite structural system that diminishes incrementally, quadrant by quadrant, until a single triangular prism is left. The triangular framework transfers structural loads to the four shafts. This innovative system solves the site-specific problem of being able to resist high winds, as well as eliminating the need for internal vertical supports. This meant less steel was used than for a typical building of such size. The building is clad with glass curtain walls.

The tower is set back from the street, creating an attractive pedestrian environment surrounded by a broad promenade and flanked by water gardens that provide shelter from the urban congestion and noise. 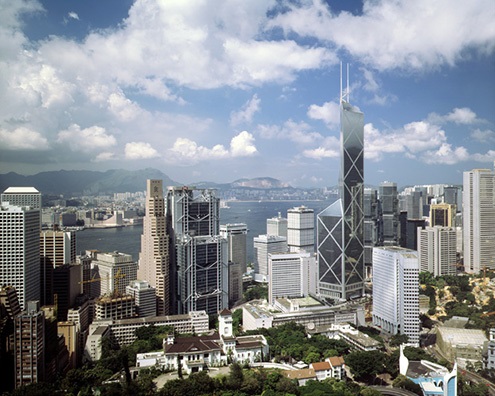 Construction began in March 1985, nearly two years later than planned. It was topped out in 1989 and first occupied in June 1990.

Locals have given the tower the nickname ‘One Knife’ because its profile resembles a meat cleaver from certain angles.

Retrieved from "https://www.designingbuildings.co.uk/wiki/Bank_of_China_Tower"
Create an article