BS 5839-1: Fire detection and fire alarm system for buildings. Code of practice for design, installation and commissioning and maintenance of systems in non-domestic premises 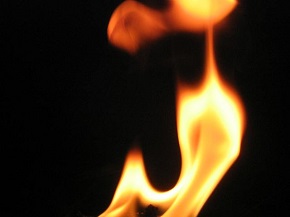 BS 5839-1:2017 'Fire detection and fire alarm system for buildings. Code of practice for design, installation and commissioning and maintenance of systems in non-domestic premises' is referred to in both volumes of Approved Document B, which concerns building regulations [in England] covering fire safety matters within and around buildings.

The standard covers the planning, design, installation, commissioning and maintenance of fire detection and fire alarm systems in and around commercial buildings. It is relevant to anyone involved in these areas of work.

It does not recommend whether or not a fire detection and fire alarm system should be installed in any given premises.

The sections in the standard are:

Some of the key changes in the standard include:

The revisions to the standard began before the Grenfell Tower fire in June 2017, with a public consultation held in 2016, and so it does not address residential buildings. However, a BSI spokesperson said that the standard may be further revised if investigations into the tragedy raise relevant points.

There is a mistake in the above line. VAD stands for visual alarm device NOT voice alarm detector...

This information in this article about voice alarm detectors (VADs) was sourced from BSI and appears to be correct - Ref https://www.bsigroup.com/en-GB/about-bsi/media-centre/press-releases/2017/september/BSI-revises-standard-for-fire-detection-and-fire-alarm-systems/