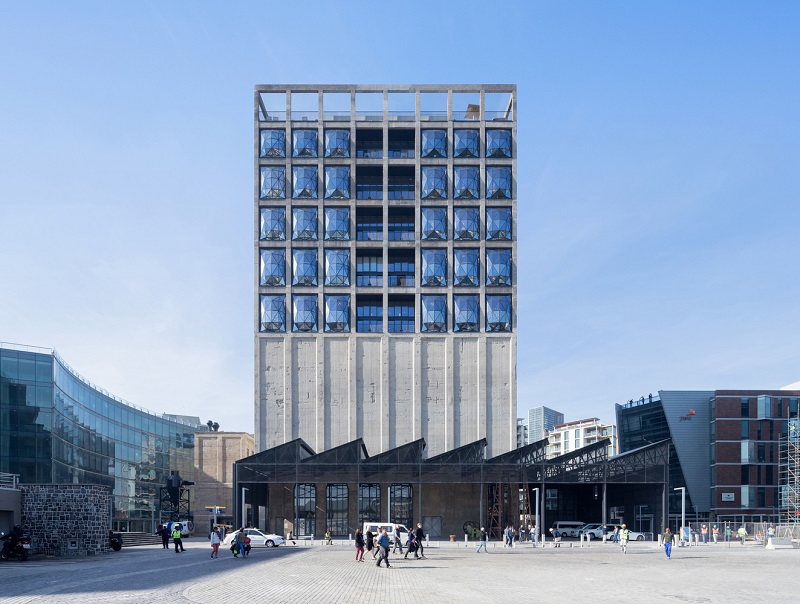 In September 2017, South Africa’s largest contemporary art museum was unveiled ahead of its public opening later in the month.

By hollowing out the interior of an historic grain silo building, British architect Thomas Heatherwick has designed what he calls ‘the world’s tubiest building’. 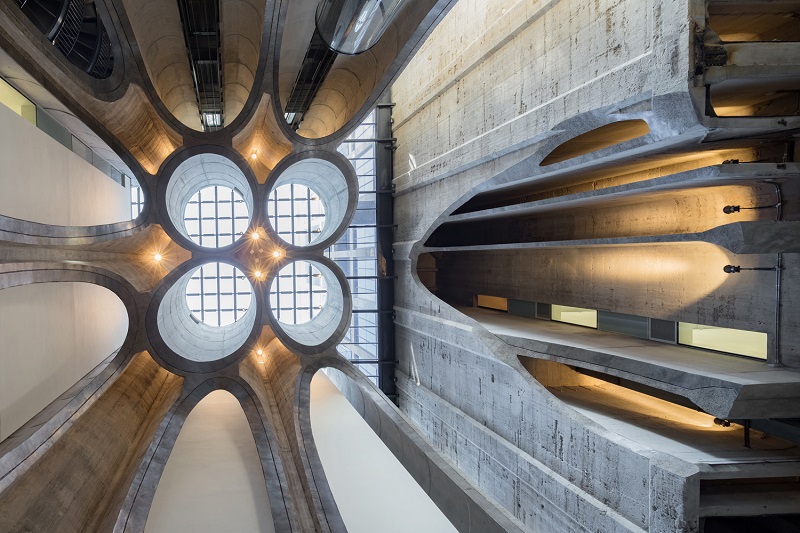 The Zeitz Museum of Contemporary Art Africa, or Zeitz MOCAA, will serve as an exhibition space for African art on Cape Town’s waterfront. The Grain Silo Complex dates back to the 1920s when it was the city’s tallest building, but it has been disused since 1990.

The centre of the 6,000 sq. m museum is built around a huge atrium, based on the shape of a single grain. This was then scaled up to span the full 27 m-height of the structure. Enormous sections were carved out of the building’s dense structure of 42 tubes to create a complex network of 80 gallery spaces. Heatherwick has described the space as being ‘like a vaulted cathedral’. 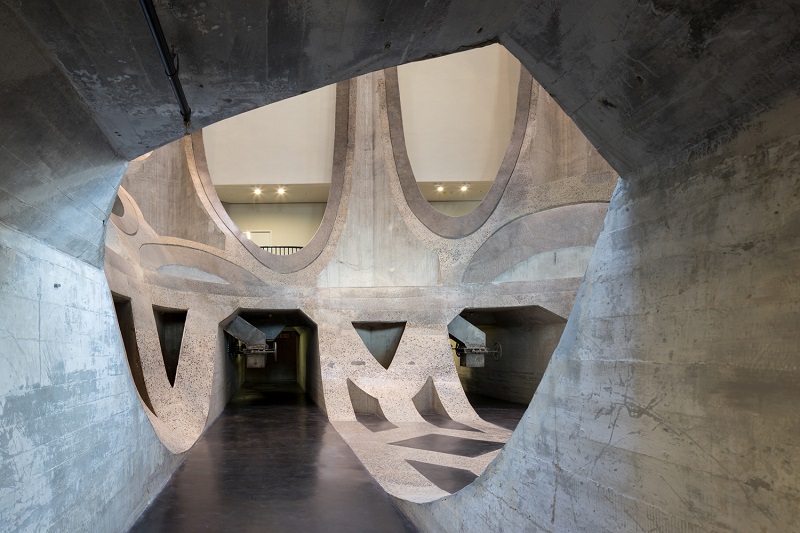 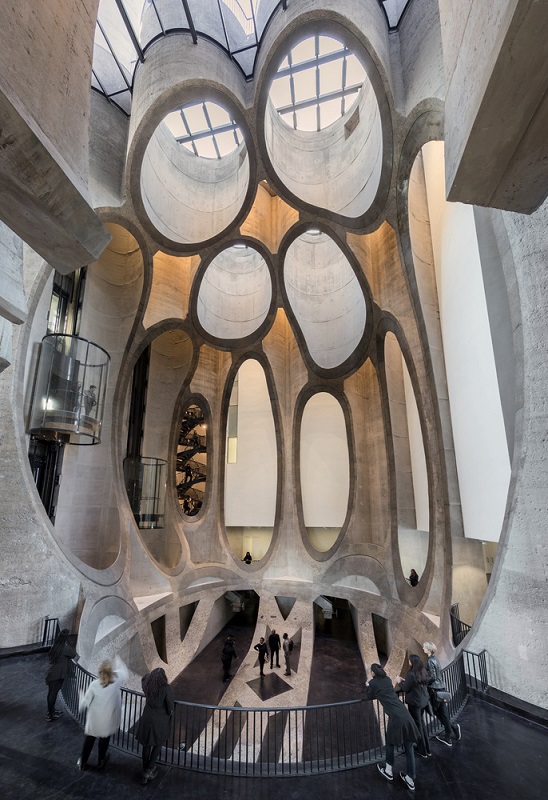 Where they have been cut back, the edges of the tubes have been polished, creating a visible contrast with the rough aesthetic of the older concrete. A mirrored finish was added by laminated glass.

Positioned within the existing concrete frame, bulging windows formed of faceted glass panels draw natural light down into the atrium, acting as Heatherwick has said, ‘like mirror balls’.

The museum is one of several facilities that Heatherwick Studio is creating within the grain silo building, which forms part of the V&A Waterfront, a harbour-side complex filled with bars and restaurants, which attracts around 180,000 visitors every day in peak season. 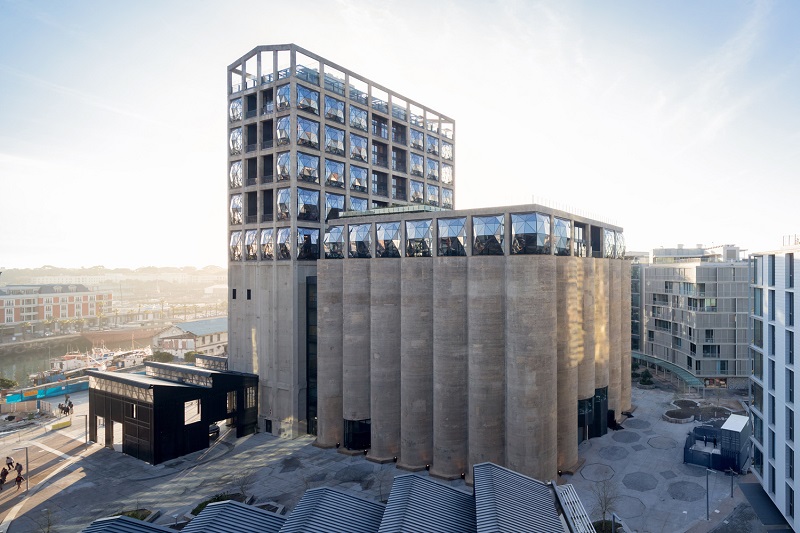 Retrieved from "https://www.designingbuildings.co.uk/wiki/Zeitz_MOCAA"
Create an article