In June 2017, America’s tallest building west of the Mississippi River opened in Los Angeles. At 335 m (1,099 ft), the supertall skyscraper claims the title courtesy of its spire, which beats the US Bank Tower by 24 m (80 ft). 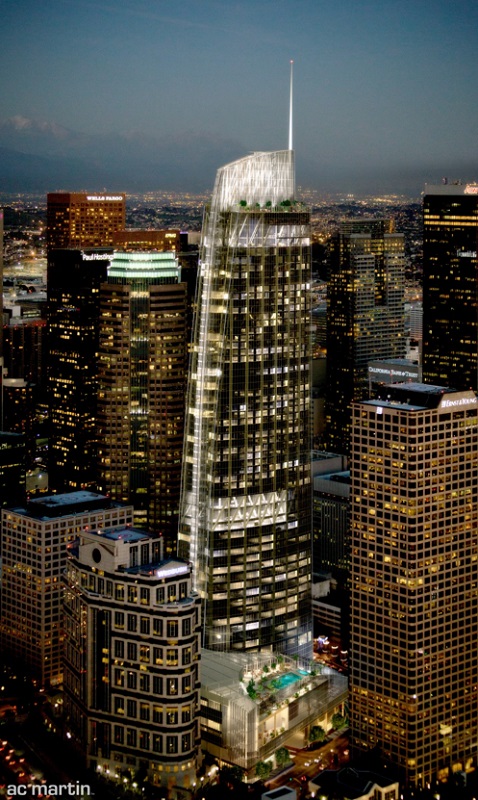 The glass-clad 73-storey tower was designed by Los Angeles (LA) architects AC Martin and is located on the edge of the Downtown area, amidst a concentration of the other high rises.

It contains an 889-room hotel, restaurants, retail and office space, a rooftop swimming pool, and an open-air observation deck. The sail-like glass crown that tops the building is illuminated with programmable LEDs, which also continue down the spine of the building. 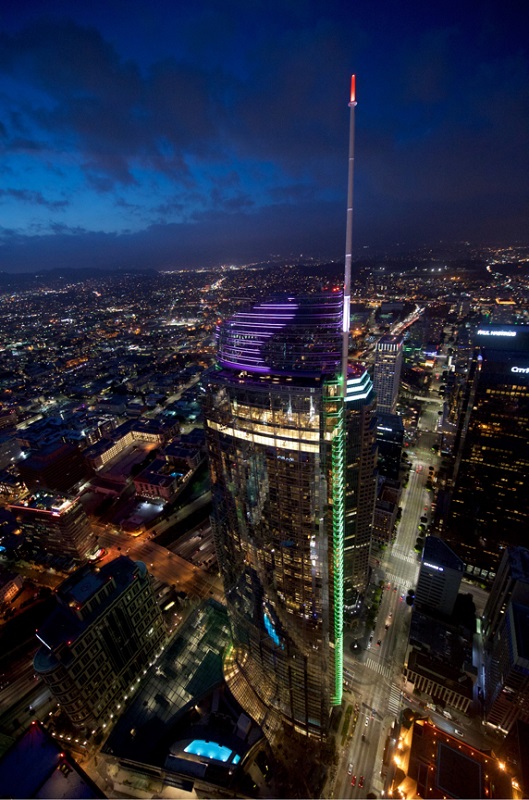 The project cost an estimated $1.2 billion. It is one of a number of large-scale skyscraper projects scheduled for construction in LA over the coming years, including schemes by BIG and Frank Gehry.

Retrieved from "https://www.designingbuildings.co.uk/wiki/Wilshire_Grand_Center,_LA"
Create an article