The Urban Heat Island (UHI) effect is the term given to localised higher temperatures that are experienced in urban environments compared with the temperatures of surrounding green spaces (Akbari and Konopacki 2005).

The Urban Heat Island effect is primarily caused by the replacement of natural surfaces with hard impervious surfaces that are generally dark and absorb large amounts of solar radiation. Urban hard surfaces are significant in the built environment in the form of roads, paved areas, and roof tops (Getter, Rowe et al. 2007).

It is estimated that pavements and roofs account for 60% of urban surfaces, roofs 20-25% and pavements approximately 40% (Akbari, Menon et al. 2009). Presently these surfaces have relatively low albedo values (the fraction of incoming radiation reflected by a body) and high thermal conductivities, typically absorbing and re-radiating around 90% of the total incident solar radiation (Wolf and Lundholm 2008). This contributes to an Urban Heat Island effect that can result in a rise in summer temperatures of 4-7°C (CIBSE 2007; Wolf and Lundholm 2008) in comparison with adjacent vegetated areas.

This has a significant impact on thermal comfort in city environments. During a summer heatwave in the UK employers lost an estimated £168 million per day in productivity in one week (Roberts 2008).

Hotter urban environments will lead to an increase in the use of air conditioning. It follows that there will be a further increase in city temperatures from the dumping of heat from buildings heating ventilation and air conditioning (HVAC) systems and so more air cooling will be required (Takakura, Kitade et al. 2000). In other words, this process could be described as a vicious circle or negative reinforcing loop. There will also be an impact from increased emissions from cooling if this cooling is provided by fossil fuel based electricity. This will lead to an increased rate of global warming.

Successfully modelling the Urban Heat Island effect is an ongoing process. In the UK this research is looking at the effect in London and is been investigated by University College London (UCL). Their work under the LUCID project is looking at how to develop a Local Urban Climate Model and apply it to the Intelligent Design of Cities.

NB The SuDS Manual (C753), published by CIRIA in 2015 refers to the reduction of the urban heat island effect as 'urban cooling'.

This article was originally created by --Buro Happold.

The universal language of Archidict

The evolution of churches 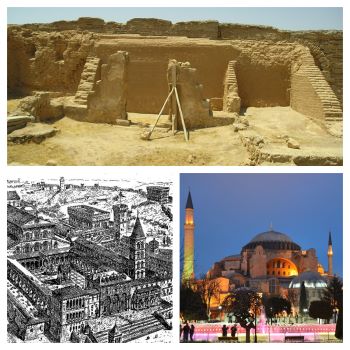 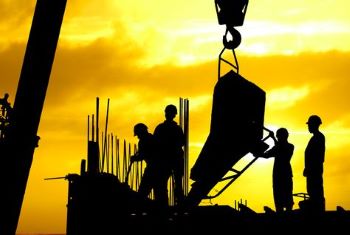 Lack of staff, equipment and materials mentioned in BEBS survey.