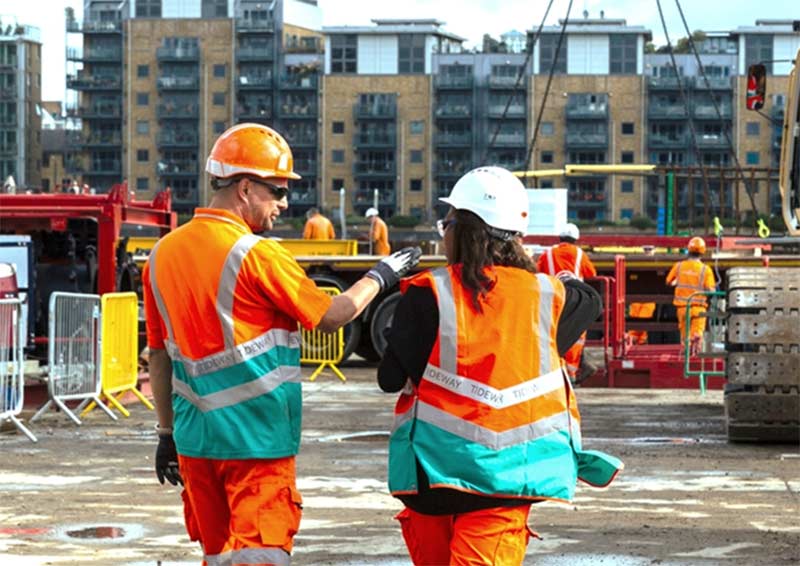 Workers in the construction industry are far more likely to commit suicide than those in any other sector.

Suicide is one of the 10 leading causes of death worldwide. According to the World Health Organisation, around 800,000 people take their own life every year – which is one every 40 (WHO, 2017).

According to the UK’s Mental Health Task Force (2016): 'Mental health problems represent the largest single cause of disability in the UK. The cost to the economy is estimated at £105bn a year – roughly the cost of the entire NHS.'

According to the Centre for Mental Health (2017), 91 million days are lost each year due to mental health problems. The cost to UK employers is estimated at nearly £26bn every year – or £1,035 per employee. The centre suggests simple steps to improve mental health in the workplace that should enable employers to save 30% or more of these costs – at least £8bn a year.

Over the past 25 years, safety standards in construction and injury rates have improved dramatically due to improved regulation and a realisation that good safety is good business. Unfortunately, health, and more specifically mental health, remains a taboo subject and continues to be stigmatised within the sector.

There are an estimated 2.3 million people working in construction in the UK, accounting for over 6% of the working population. The report ‘Suicide by occupation: England: 2011-15’ (Office of National Statistics, 2017) revealed that suicide rates in construction are 3.7 times higher than any other industry.

In 2014, members of the Construction Industry Advisory Committee (CONIAC), chaired by the Health and Safety Executive’s (HSE) head of construction, challenged the industry to collaborate and collectively address the issue of ill health. As a result, the Health in Construction Leadership Group (HCLG) was formed by Tideway, Land Securities, Balfour Beatty and Skanska.

The HCLG strategy was to focus on respiratory ill health and mental ill health with both matters the subject of health summits in 2016 and 2017. There was collective agreement that the industry required a consistent approach to mental health.

With the support of the British Safety Council, registered charity Mates in Mind was formed with the intention of connecting the industry to available support and advice as well providing education and awareness to address stigma and encourage conversations.

Three programmes of awareness training have now been created. These are a two-day programme in mental health first aid, a half-day awareness programme for managers and supervisors and a 45-minute ‘start the conversation’ programme for all employees.

Tideway has been running two-day and half-day programmes throughout 2017 and is starting the 45-minute awareness sessions in January 2018. Others are urged to do likewise.

This article was originally published here by ICE on 4 Dec 2017. It was written by Steve Hails, Director of health, safety and wellbeing, Tideway.

Retrieved from "https://www.designingbuildings.co.uk/wiki/Tackling_mental_health_issues_in_construction"
Create an article