Sound is caused by vibrations which transmit through a medium and reach the ear or some other form of detecting device. Sound is measured in loudness (decibels (dB)) and frequency (Hertz (Hz)).

Sound in the built environment tends to be structure-borne or airborne.

Structure-borne sound can be reduced by:

Careful consideration must be given to structure-borne sound when designing buildings. However, the nature of structure-borne sound varies significantly depending on the source of the vibration, the composition of the structure through which it transmits, the radiating surface and the character of the receiving space. This is a complex subject and the design of sensitive spaces such as recording studios can benefit from the advice of an acoustic consultant.

Building Regulations Approved Document E - 'Resistance to the passage of sound' sets minimum standards for impact sound insulation. Impact sound transmission is typically measured in-situ with a tapping machine which uses steel-faced hammers to strike a test surface and generate sound in an adjacent space which can be recorded or monitored. This is useful only in giving an indication of the likely level of impact sound as it does not accurately represent the variety of impacts that might be experienced in practice.

The diagram below provides an example of structure-borne noise paths compared to airborne noise paths, for an item of mechanical plant, transmitting sound into a room above. (Credit: ParkerJones Acoustics) 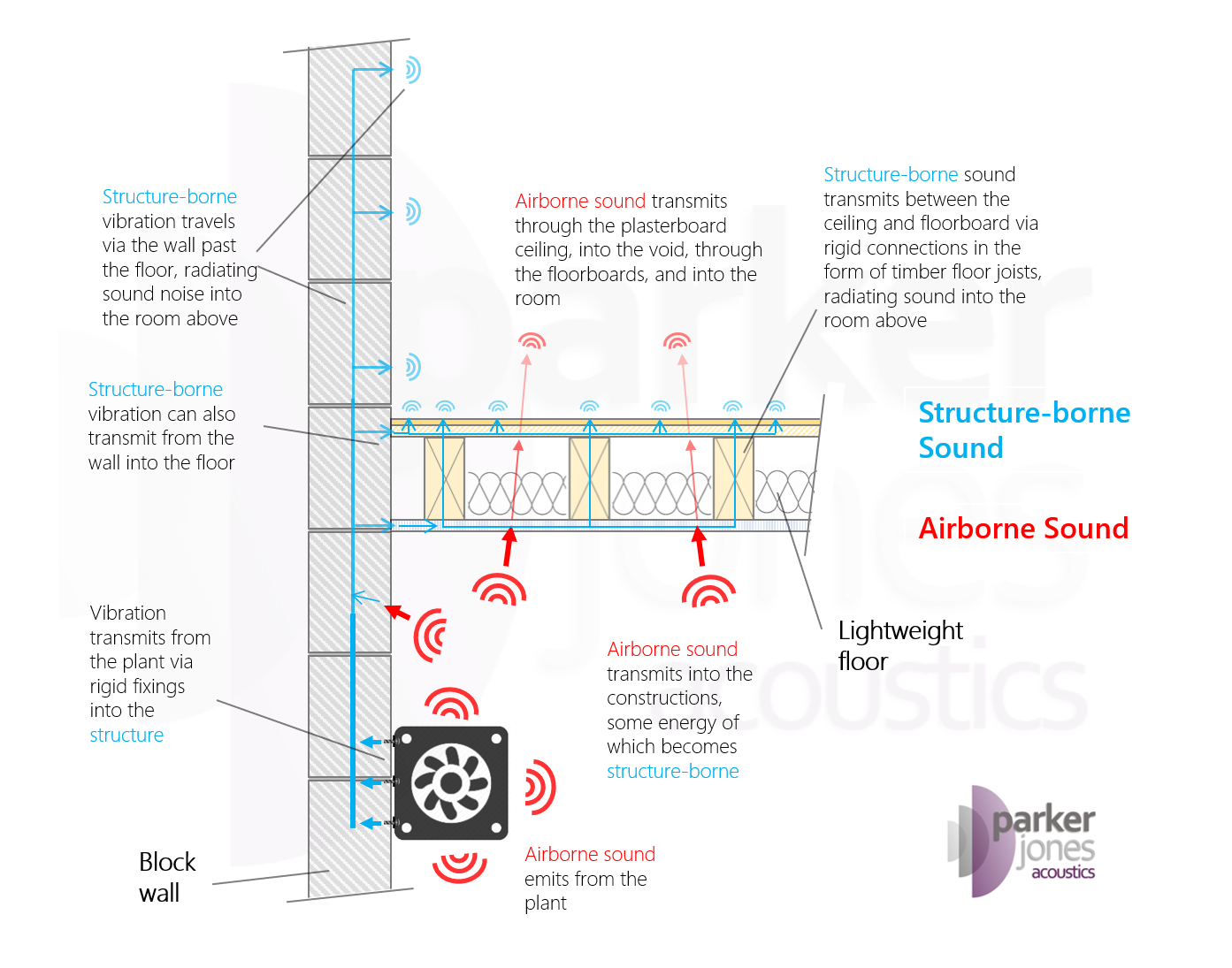 Retrieved from "https://www.designingbuildings.co.uk/wiki/Structure-borne_sound"
Create an article