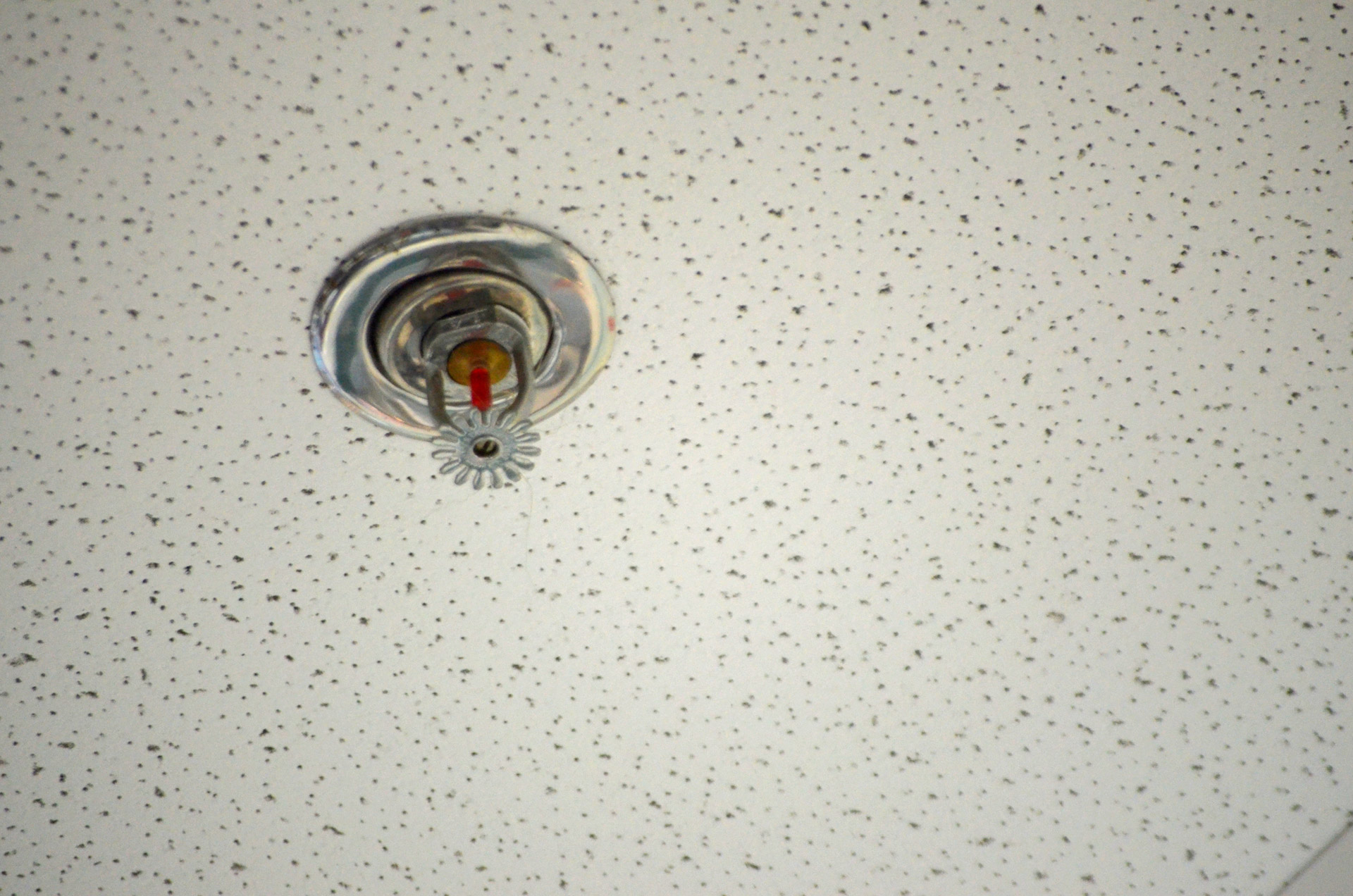 An automatic sprinkler system consists of a water supply (tank, pump and valves) and sprinkler installation (pipes and heads). Almost all buildings over 30m high must be fitted with a sprinkler system installed in accordance with the appropriate British Standards.

[edit] How do sprinkler heads work?

Sprinkler heads are heat sensitive devices that consist of a plug, a glass ampule or other trigger mechanism, deflector, cap and frame.

The system’s heat sensitive element can be constructed from soldered links or glass bulbs containing various liquids. Some sprinkler head ampules contain a mixture of alcohol and water or glycerin and water. When hot air reaches the ceiling, this liquid expands, causing the container to break and activate the sprinkler head so it can distribute water and extinguish the fire.

Sprinkler heads normally activate at 68°C. Each sprinkler head acts as its own heat detector and only those in the area of the fire will be activated. An individual sprinkler head typically covers 9m².

There are quick response (QR) fire sprinkler heads which have a smaller ampule so they can activate in a shorter period of time. These devices typically distribute water across the ceiling or down walls as a method of controlling fire by preventing it from rising.

QR sprinkler heads tend to be used in places where many people may be present and life safety is a priority.

Standard response sprinkler heads tend to be used in facilities where there is a greater need to protect the contents of a building.

There are several different sprinkler head orientation options. The most common are:

Retrieved from "https://www.designingbuildings.co.uk/wiki/Sprinkler_head"
Create an article