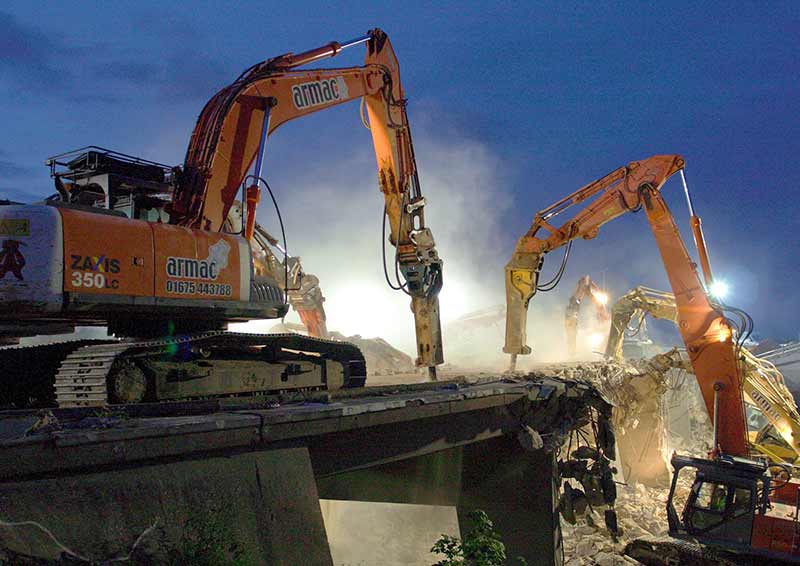 There is an established tradition for salvaging and recycling building and construction materials. For hundreds of years after the end of the Roman empire, groups plundered buildings as a source for new materials. Often, skillfully-worked stone masonry and fired clay products were incorporated into altogether cruder new buildings.

Demolition waste has long been broken down and used as foundations and sub-bases for new construction, roads and other pavements. There is now a movement towards, and encouragement for, recycling old concrete as crushed aggregate for new concrete, although there can be legitimate concerns and certainly more caution must be exercised with respect to fine aggregate.

More valued building elements, such as ashlar blocks, bricks, roofing slates, tiles, lintels, flooring tiles and decorative items, have long been recovered and re-used. In recent times, as we have become more sensitive to the need to minimise waste and maximise re-use, this trade has organised itself into centres where items can be sold, sorted and purchased.

Alongside this admirable recovery and re-use of construction materials, there has been a gradually increasing role for redundant or waste products. Large quantities of industrial wastes and by-products, such as slags, have found extensive and largely beneficial uses in construction and this trend is increasing.

Civil engineers will be aware of many other examples of this growing endeavour to consume waste or previously-used products as an alternative to extracting or making new construction materials. However, it is a constantly changing situation, partly because the availability of wastes or by-products can and does fluctuate.

Some of the former large producers of iron and steel, including the UK, are increasingly focusing on specialist rather than bulk production, with consequently reduced slag outputs, although interestingly, there could soon be a new lease of life from the processing of recycled iron and steel materials.

In the case of fly ash and other types of produced ash (such as rice husk ash), this possible shortage could be more profound worldwide as there is a global move away from coal and other carbon-burning for environmental reasons.

Thankfully there are still many recyclable construction materials in plentiful supply, and a themed issue of the ICE Construction Materials journal published in April 2016 provides a useful update on their use. This ranges from the design, specification and maintenance of concrete made from recycled aggregates to using crushed brick as a non-metallic reinforced-earth fill material and glass waste in polymer concrete.

This article originally appeared as 'Construction recycling – it's all about supply', published by the Institution of Civil Engineers on 30 March 2016, written by Ian Sims.

Very informative. Our team is actually thinking of acquiring RA from one of these aggregate suppliers that was recommended to us. And I’m so glad we considered getting them. Glad to help with minimising waste and maximising “re-use”.