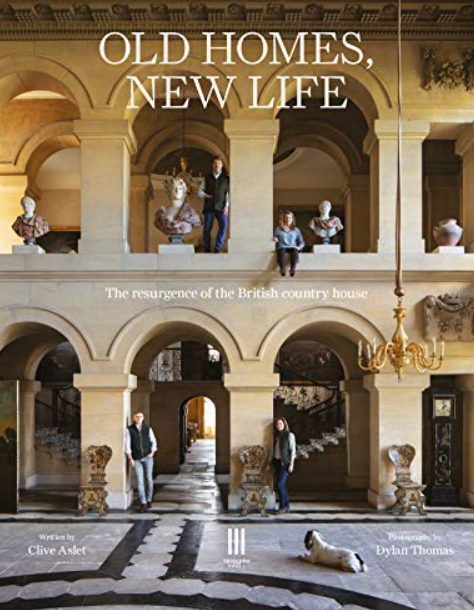 It is 70 years since the Gowers Report on ‘Houses of Outstanding Historic or Architectural Interest’ warned that country houses and their estates were ‘faced with a disaster comparable only to that which the country suffered by the Dissolution of the Monasteries in the 16th century’, and nearly half a century since the shocking impact of the 1974 exhibition at the V & A on the Destruction of the Country House, and John Cornforth’s publication of Country Houses in Britain: can they survive? In the intervening period the answer to Cornforth’s rhetorical question has been a resounding ‘Yes’.

The renaissance of the country house over the last few decades has been truly remarkable, and for many it has once again become a symbol of success and cultural pride. The process of that change is described in the perceptive essay by Clive Aslet that forms the introduction to this sumptuously produced book, which presents a genuinely creative partnership between author and photographer. They even set up their own publishing company to meet the high standards of design and presentation they felt could not easily be achieved by a more commercial publisher.

As a former editor of ‘Country Life’, Aslet is in a privileged position to provide an insider’s perspective on the transformation of the country house. By looking at 10 examples in England and a further two in Scotland, he offers a picture of the revolution in the attitude to their estates that hereditary owners have had to make in order to pass them on to the next generation of their families. The emphasis is very much on the family, and this is reinforced by the stunning photographs of them going about their daily lives.

Each house receives a chapter to itself, set out in a common format of an informal and chatty interview with the owners interspersed with Aslet’s own observations. This is followed by a generous spread of photographs of exceptional quality by Thomas which capture not only the character and beauty of each individual house but also something of the personalities of those who occupy them. Each chapter concludes with a two-page history highlighting some of the notable features of the house and briefly charting its family descent.

Certain general themes emerge. Many of the current owners have only recently taken on the responsibility of running the estate and they are all characterised by enthusiasm for the challenges. They are committed to the importance of the house to the local community and many have sent their young children to the local schools. All the houses are open to the public in one way or another, and local events and services from farm shops to rock concerts play a part in their business plans. The owners have adjusted to contemporary social change with kitchens and comfortably furnished living rooms being the focus of domestic life, while dogs and children compete for attention with the artefacts and heirlooms that decorate the spaces.

In almost every case the revenue that supports this way of life is derived from the sort of business that is attracted by the architecture and the sense of history that is intrinsic to the houses themselves. Many of the new incumbents are professionals and business people in their own right, and they have fully exploited the potential of their unique homes to provide an income from corporate events, weddings, film and television, as well as the more traditional attractions such as shoots and paying visitors.

That was the situation when Aslet conducted his interviews in 2019 and, although Thomas makes a passing reference to coronavirus in his written contribution, the full impact of the pandemic came too late to cloud the optimism that suffuses this account. All these enterprises have been effectively cancelled and the future of these privately-owned country houses must once again be under threat.

After a summer of lockdown when our pleasure at visiting country houses has been severely restricted, it is a treat to enjoy vicariously our rich heritage through the magnificent photographs of Thomas and the enthusiastic prose of Aslet. Let us hope that this is just another passing moment in the long history of the British country house.

This article originally appeared as ‘Vicarious pleasures’ in Context 167, published by the Institute of Historic Building Conservation (IHBC) in March 2021. It was written by Malcolm Airs, past president, IHBC.

Retrieved from "https://www.designingbuildings.co.uk/wiki/Old_Homes,_New_Life:_the_resurgence_of_the_British_country_house"
Create an article