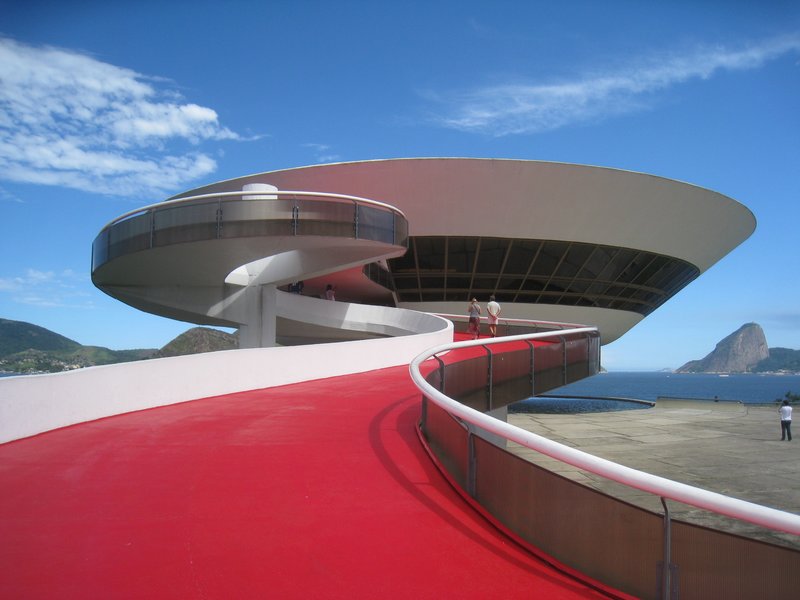 The Niteroi Contemporary Art Museum (MAC), is located in Niteroi, Rio de Janeiro, Brazil. It was designed by the Brazilian architect Oscar Niemeyer, who worked with structural engineer Bruno Contarini. Since completion in 1996 it has become one of Rio de Janeiro’s best known landmarks.

The flying saucer-shaped modernist structure, which Niemeyer described as a ‘flower growing from the rocks’, is set on a cliff-side above a beach. Public access is via an elegant 98 m long swirling red-carpeted ramp.

The Museum is 16 m in height and consists of a three-level cupola, 50 m in diameter set on a 2.7 m diameter cylindrical base projecting over a 817 sq. m reflecting pool. 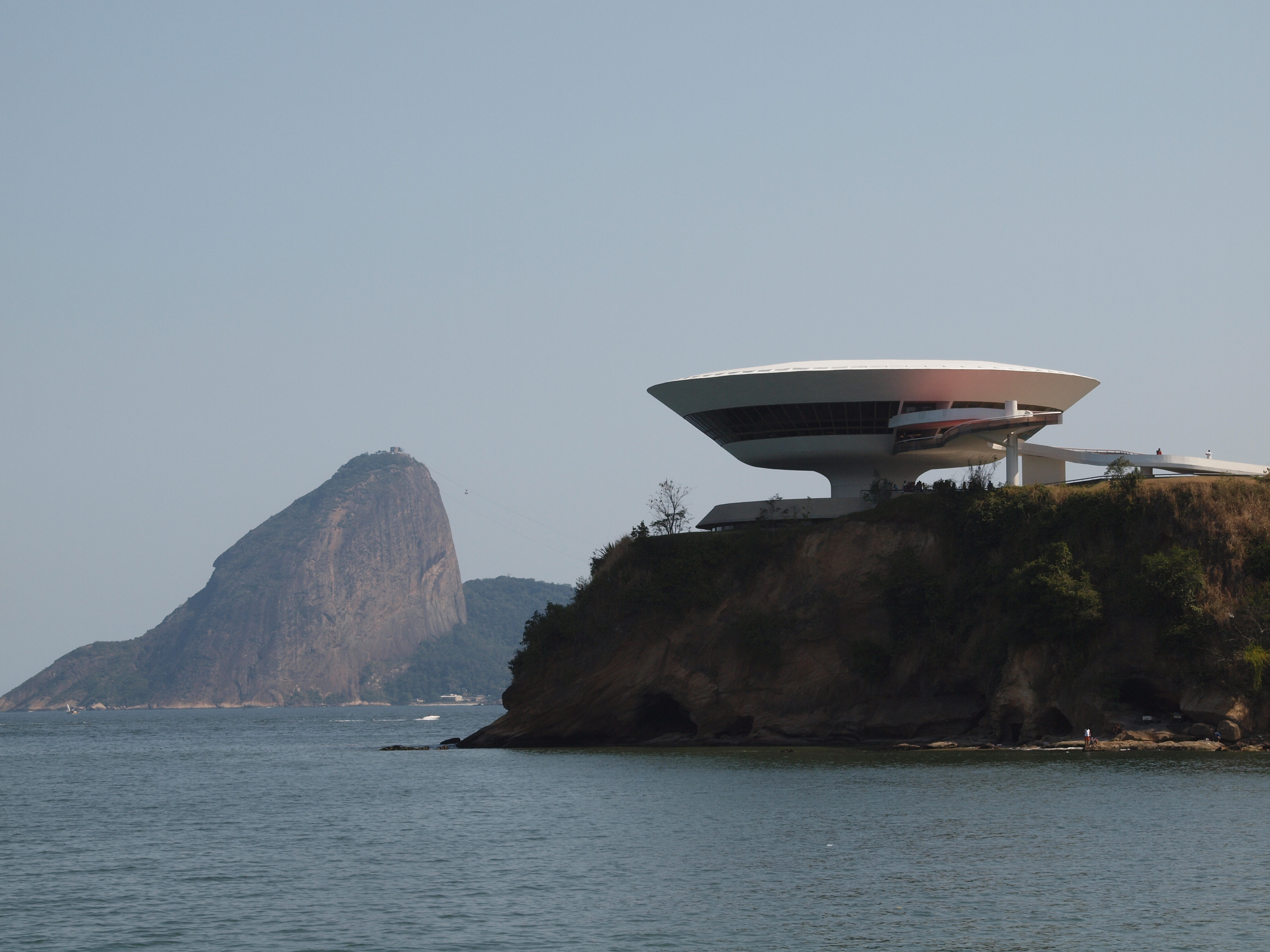 The MAC helped to create a small-scale ‘Bilbao effect’, attracting tourists to this area of Niteroi for the first time. However, it also became embroiled in a political scandal because of a controversial land acquisition and sale deal.

In the introduction to the film ‘An architect committed to his century’, Niemeyer was depicted flying over Rio de Janeiro in a MAC UFO before landing on its cliff-side location. You can see a clip of the introduction here.

Retrieved from "https://www.designingbuildings.co.uk/wiki/Niteroi_Contemporary_Art_Museum"
Create an article