Rudi Klein, NEC Users’ Group President and Chief Executive at Specialist Engineering Contractors' (SEC) Group argues that the sooner we can appreciate that early warning notices are a tool of mutual benefit to both parties – and not designed to advantage one side over the other – the better. 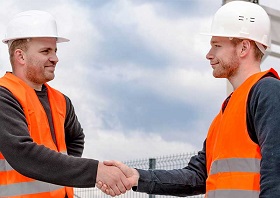 I receive regular feedback from construction firms regarding the operation of NEC early warning notices. They normally comprise one or more of the following comments:

It is clear that there are still some misconceptions about NEC early warning notices.

Early warning notices have been a feature of NEC from the start – their inclusion separated NEC from the rest of the contractual pack.

They were introduced as a risk management tool because it is common sense that dealing with risk – wherever it comes from – as soon as it becomes apparent is far cheaper than trying to manage the risk and/or its consequences much later on.

Clause 16 of most NEC contracts makes clear the circumstances in which either party would be expected to issue an early warning notice.

An early warning notice must be issued as soon as a party becomes aware of 'any matter' which could affect the total of the prices, could delay completion or a key date, or impair the performance of the works in use.

Also, the contractor may give an early warning notice relating to any matter which could increase its total cost. Early warning matters should be entered on the risk register.

Early warning notices should not be issued for the purpose of allocating responsibility or liability. A party attempting to do this could be failing to act in the NEC clause 10, 'spirit of mutual trust and co-operation'. When dealing with matters which are the subject of an early warning notice, the emphasis should be on agreeing the steps required to address the matter rather than allocating blame.

Certainly ignoring early warning notices is a dangerous game. Apart from a possible breach of clause 10, any compensation event that may follow is likely to be costlier to the client than if the matter had been dealt with at the outset.

Some of the confusion around early warning notices can be accounted for by people having grown up within an adversarial contracting culture. Such culture should be discarded when using NEC.

Retrieved from "https://www.designingbuildings.co.uk/wiki/NEC_early_warning_notices_-_a_tool_of_mutual_benefit"
Create an article