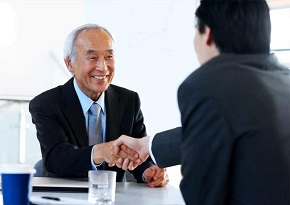 It is an exciting time for NEC users. The contract suite is growing in use almost exponentially with it now being adopted for all of the UK’s many existing and proposed multi-billion-pound infrastructure projects.

And with the launch of the streamlined and extended NEC4 its use is likely to spread ever further thanks to the new NEC4 Design Build and Operate Contract and the consultative NEC4 Alliance Contract.

The unprecedented success of NEC since it was first published just 24 years ago lies in the fact it was designed from the ground up to facilitate collaborative working, fair dealing and good management. But this still needs positive behaviours from the client and contractor to work.

It is important to align the behaviours of the client and contractor to each other and to the contract to achieve mutual success. The ‘if you win, I must lose’ attitude that previously existed in the industry is not good for anyone and does not result in what we would all ultimately like: greater volumes of work.

The first question clients should ask is do they have the right behaviours themselves? It will be incredibly difficult to maintain a set of behaviours between a client and contractor if the contractor views the client as a hypocrite. So what are the behaviours that will make a success of using NEC?

[edit] Being up front

First, is the client open? We all say that we are, but when it comes to dealing with bad news when is that reported to the senior team? When a risk first materialises or when it becomes so big that it cannot be hidden any longer?

NEC contracts are designed to achieve the former but many companies still have a culture where bad news is hidden until there is a crisis.

Parents often tell children that they will never be angry if they are told the truth immediately, but would be if they find out the truth from someone else. This could be said to hold equally true in business – trust can be easily lost when people are kept in the dark about problems.

Second, is the client inclusive? Does the client listen to different points of view so that it can understand why the other party is saying something or does it stifle challenge and encourage group think?

We are currently living in a time where confirmation bias is rife and it is leading to an inability to see another point of view. To achieve successful results somewhere along the line we usually need to compromise – or even change our minds – and the ability to compromise comes from an ability to understand the position of others.

Third, does the client have the right incentives? Are performance targets achievable or are they so unrealistic that they create a culture in which people must hide actual performance as they can never deliver those unrealistic objectives?

To achieve mutual success by all parties incentives must be based on achievable results for cost, programme and quality. Otherwise, the parties’ behaviours will be opaque and the contractor in particular will seek to vary the contract endlessly to achieve its corporate objectives rather than to support the shared objectives.

Many NEC clients use behavioural assessment processes to determine if their potential contractors have the right behaviours to achieve the client’s objectives and these are useful tests of the contractor’s culture.

For successful programme delivery under an NEC contract, we need to ensure that our corporate cultures encourage everyone in our teams to be open and inclusive and that they are properly incentivised.

While these behaviours alone will not guarantee success, without them, at least one of the parties will not achieve their objectives. Most likely, it will be both.

Retrieved from "https://www.designingbuildings.co.uk/wiki/NEC_contracts_and_collaborative_working"
Create an article