Is a bridge needed between Scotland and Northern Ireland? 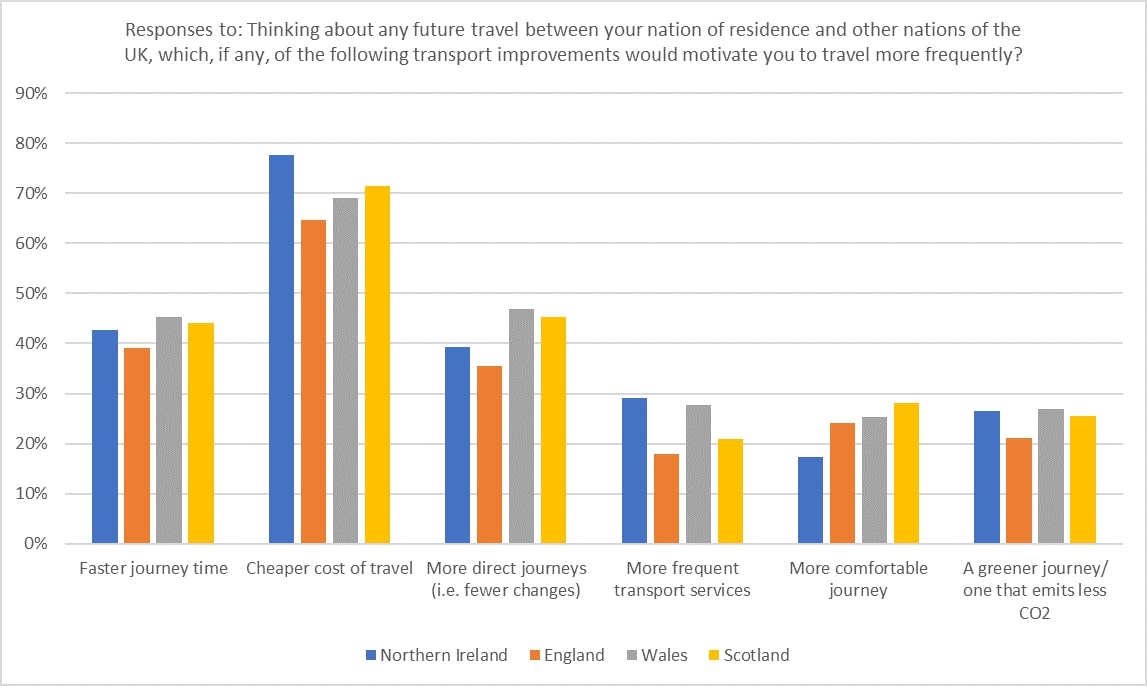 A majority of the public say they find travel between UK nations relatively easy – so is there public need for a fixed sea crossing between Great Britain and Northern Ireland? The Union Connectivity Review (UCR) was commissioned by Prime Minister Boris Johnson to consider transport connectivity between UK nations.

In December 2020, ICE submitted to the UCR call for evidence outlining the need for better governance on cross-border connectivity. We highlighted the need to improve the planning and operation of the broader UK transport system. Unlike other infrastructure sectors, transport relies heavily on central government funding, so decision makers take a more active interest in transport system interventions.

[edit] Is a fixed crossing feasible?

There are two main tests to consider regarding the issue. Is a fixed crossing of strategic importance to the operation of the UK's transport and infrastructure system? And is a fixed crossing technically feasible?

Technical feasibility. From a technical perspective, a fixed crossing would be difficult. It would have to navigate unexploded bombs and break world records for bridge or tunnel engineering.

Many industry bodies have put forward recommendations for extending HS2 to Scotland and constructing a tunnel or bridge to Northern Ireland. But what do the public - the people who are supposed to use this infrastructure - think?

[edit] What does the public think of travel in the Union?

To test if there’s a public need, we conducted surveys with representative samples in Scotland, Wales, England and Northern Ireland to see if there is a connectivity problem to fix or an opportunity to unlock.

Being a public survey, this is limited to individuals. The survey asked respondents to consider their usual travel patterns before the pandemic. It was conducted in late 2020, in the period just before the UK's exit from the European Union. 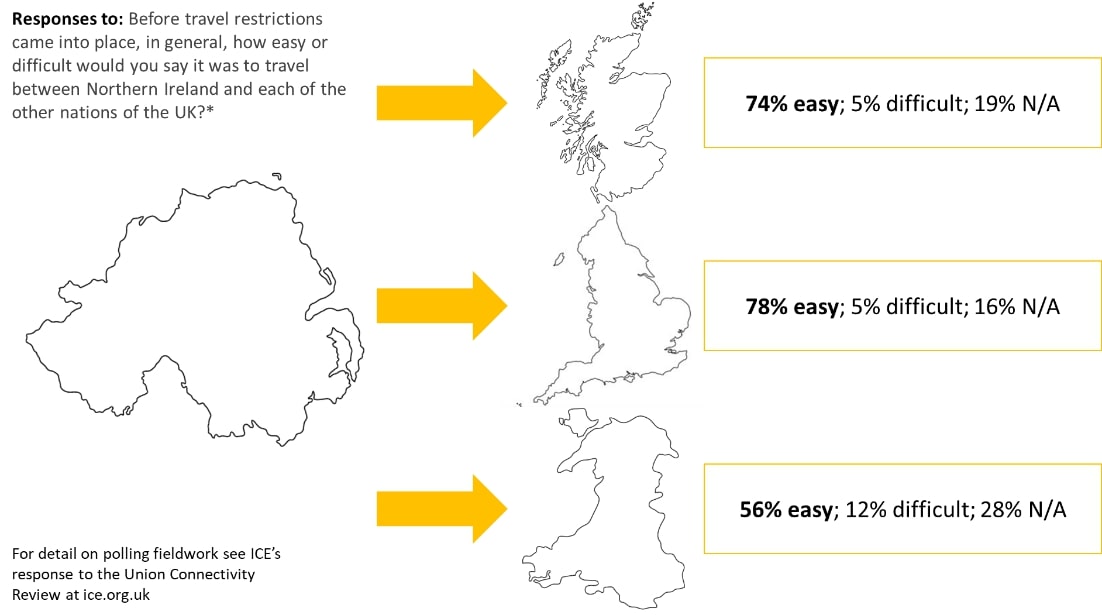 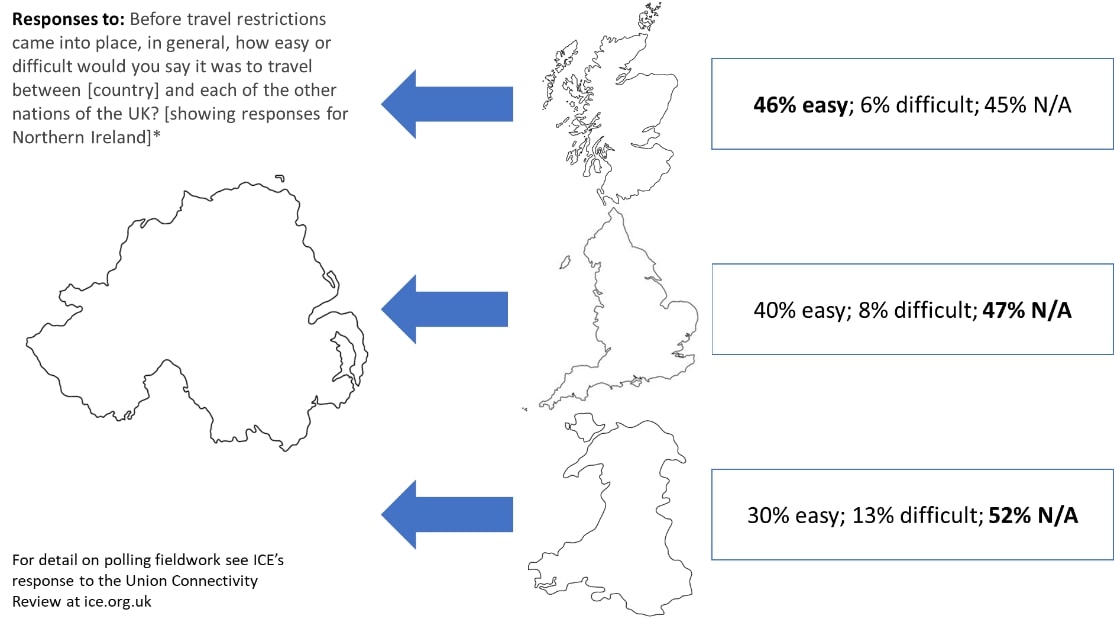 [edit] All nations, apart from Wales, agree they have good transport connectivity with other nations of the UK

We asked another question to test the need for improved connectivity.

There was a relatively uniform pattern across countries in response to the question: Thinking about any future travel between your nation of residence and other nations of the UK, which, if any, of the following transport improvements would motivate you to travel more frequently?

A cheaper cost of travel was the primary motivating factor that would determine more frequent travel in the future.

From 46% in England to 65% in Northern Ireland, most people agree rather than disagree that they will be returning to their usual travel patterns to other UK nations after COID-19 restrictions have eased.

These results do give some pause for thought on the need behind a new fixed crossing between Northern Ireland and Great Britain.

There may be other strategic reasons beyond what the public need, which could tip the balance, but the results highlight that selling a fixed crossing – be it bridge or tunnel - will need a good explanation, particularly when compared to other investment priorities across the Union.

This article originally appeared on The Infrastruction Blog portion of the ICE website under the headline, 'A bridge between Scotland and Northern Ireland – is there a public need?' It was written by Chris Richards, ICE Director of Policy and published on 25 February 2021.

Retrieved from "https://www.designingbuildings.co.uk/wiki/Is_a_bridge_needed_between_Scotland_and_Northern_Ireland%3F"
Create an article