In December 2016, the British Antarctic Survey (BAS) announced that due to a growing crack in the ice shelf, its Halley VI Research Station is to be moved. The station, which has a re-locatable design, is to be moved 23 km further inland. This is the first time it has had to move since it was towed into position on the Brunt Ice Shelf in 2012.

The station is crucial for studying globally important issues such as climate change and atmospheric phenomena. It is made up of eight modules which sit on skis. Each module is capable of being de-coupled from the others and towed by tractors across the ice. The station is designed and built to withstand extreme winter weather, to maintain excellent laboratory conditions, to provide accommodation, and is raised up to stay above the snow. 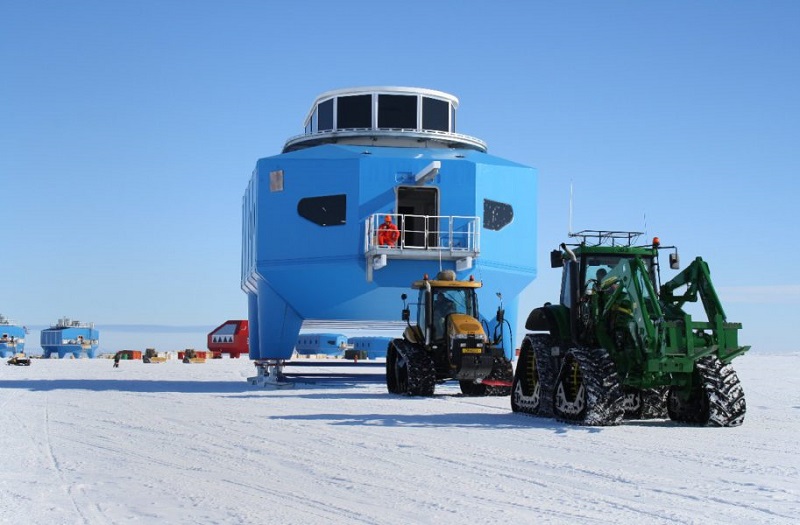 The crack in the ice has been growing for more than two years, with the tip moving gradually upstream of the station. It will take several years to cut the station off from the inland portion of the ice shelf if it continues to grow at its current rate, giving BAS time to relocate the station.

The relocation will be a slow process, with temporary camps being set up including containerised accommodation units for the relocation team. The relocation should be completed by 6 April 2018. 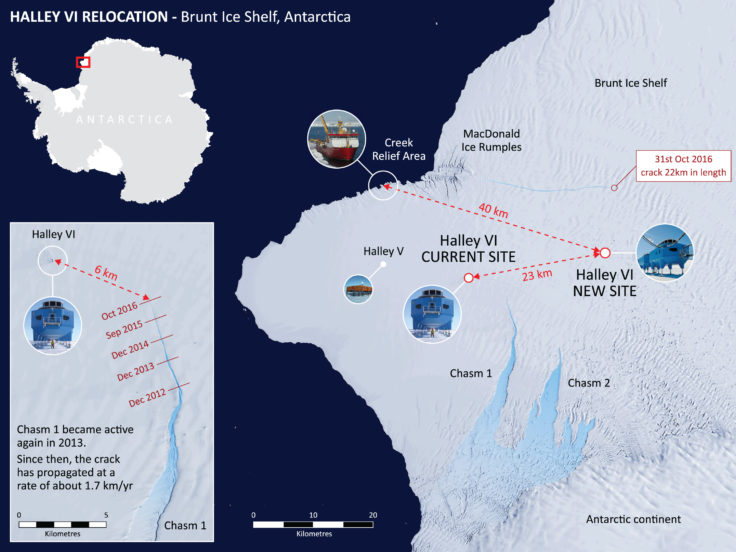 “Halley was designed and engineered specifically to be re-located in response to changes in the ice. Over the last couple of years our operational teams have been meticulous in developing very detailed plans for the move and we are excited by the challenge.

“Antarctica can be a very hostile environment. Each summer season is very short – about 9 weeks. And because the ice and the weather are unpredictable we have to be flexible in our approach. We are especially keen to minimise the disruption to the science programmes. We have planned the move in stages – the science infrastructure that captures environmental data will remain in place while the stations modules move. ”

Retrieved from "https://www.designingbuildings.co.uk/wiki/Halley_VI_Research_Station"
Create an article